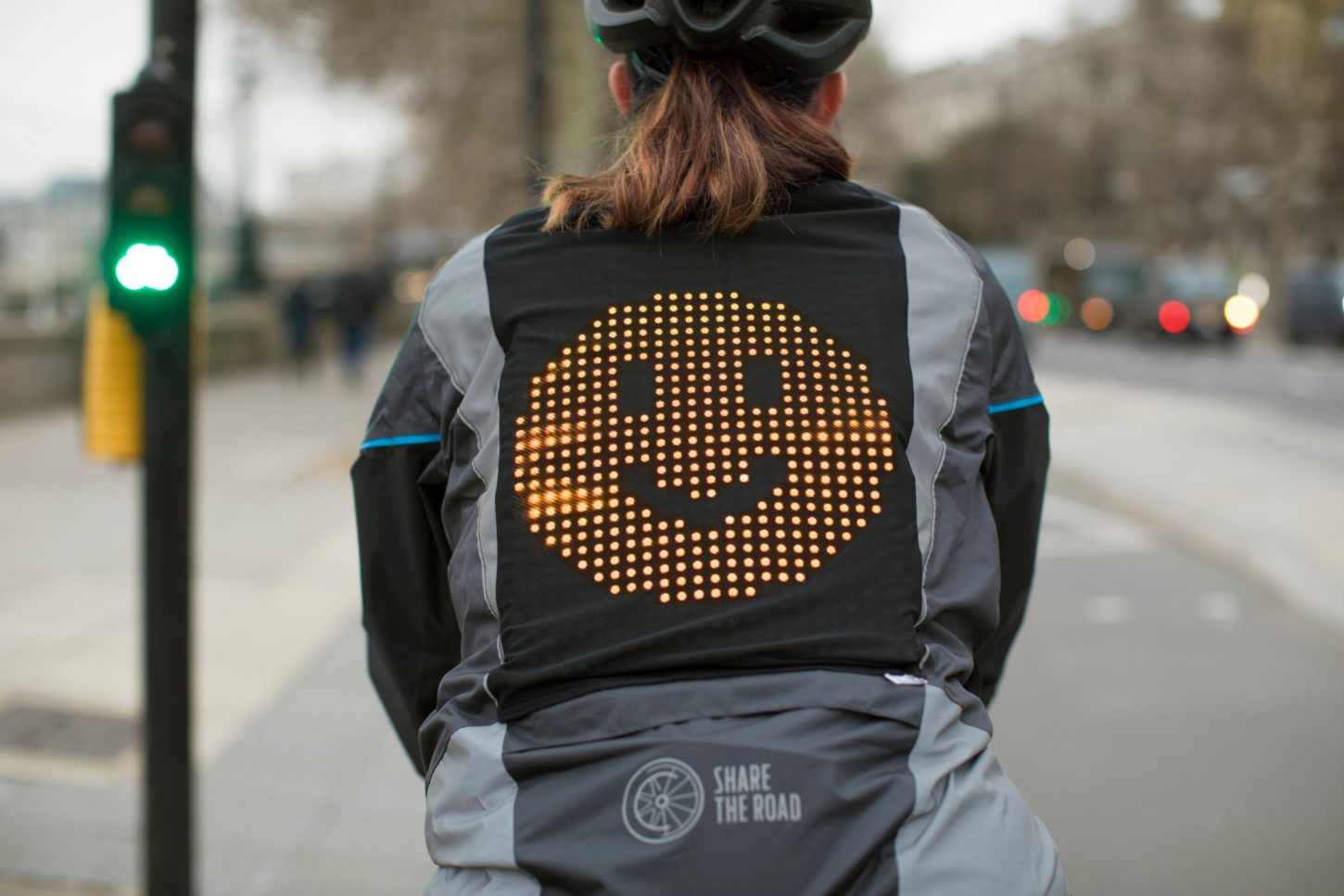 However, Ford’s goal is to change this with the introduction of its new Emoji cycling jacket, born out of the automotive giant’s desire to improve cycling safety through its Share the Road initiative.

Indeed, Ford’s European division designed the jacket complete with an LED display on the back that lights up with various emoji to convey the cyclist’s mood. A smiley face indicates a happy cyclist, a frowny face a less happy one, and so on. There are also directional symbols for when a cyclist intends to make a turn and a hazard symbol when they may be experiencing a flat tire.

“Emojis have become a fundamental part of how we use language,” said Neil Cohn, a linguist. “Whether used to convey facial expressions, humor, or sarcasm, they have become integral to our ability to express ourselves and quickly. This jacket created in partnership with Ford Share the Road allows riders to express their feelings and creates an important emotional link between them and other road users.”

Users activate each icon via a wireless remote mounted to their bike’s handlebars.

“We are now living—and driving—in a world where communication is crucial,” Emmanuel Lubrani, part of Ford Europe’s Share The Road team, said. “But all too often between drivers and cyclists this just comes down to the beeping of a horn or a rude gesture.”

“The Emoji Jacket uses a universally understood means of communication to show one way in which tensions could be eased,” he added.

In addition to linguists, Ford worked with cyclists and industrial designers from Designworks on the jacket. But the jacket is just a proof-of-concept for now, and it’s unclear whether Ford intends to bring them to market.