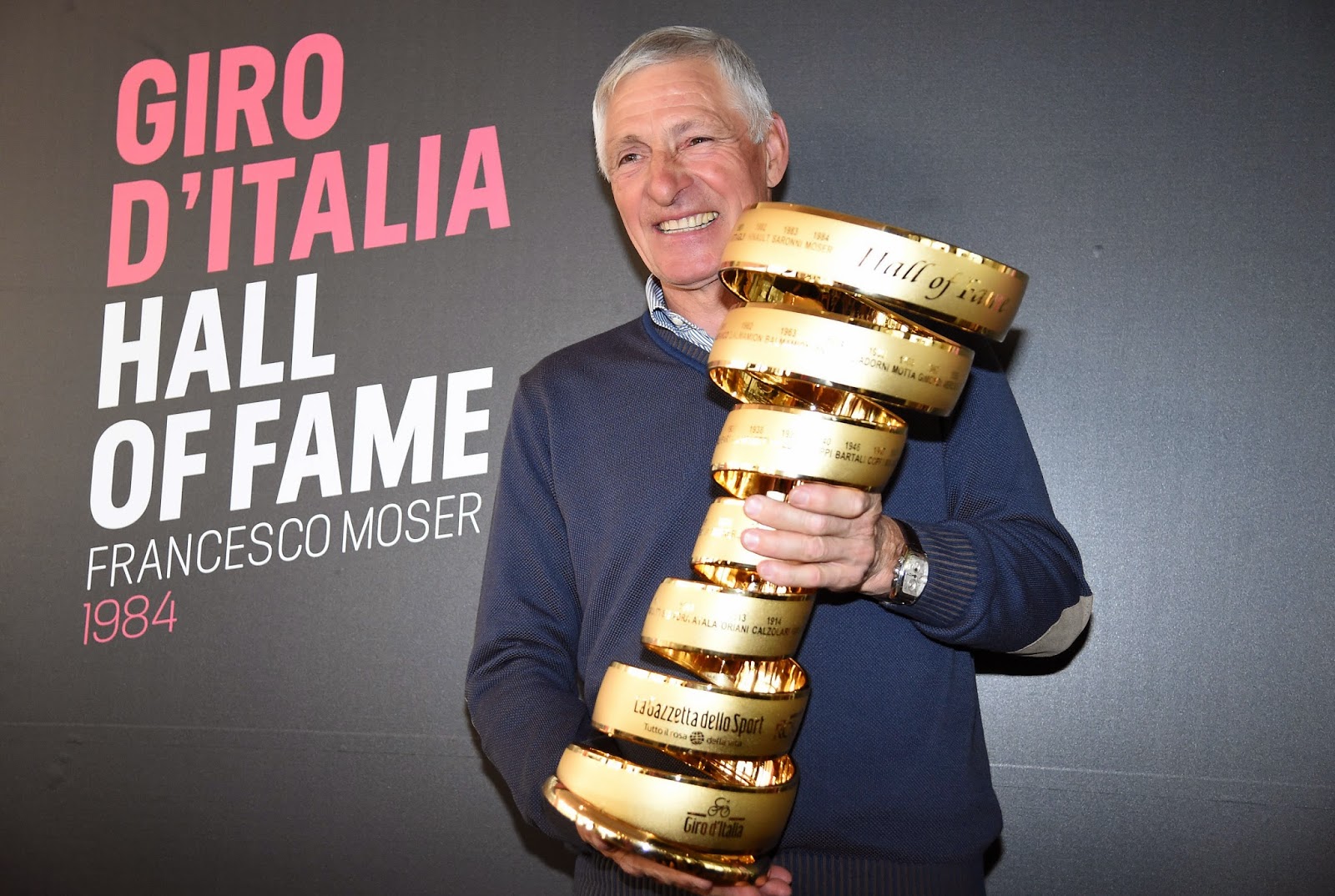 Francesco Moser is scheduled to be inducted into the Giro d’Italia Hall of Frame during a ceremony in Milan on March 20.

Moser won the general classification in 1984, after finishing 1:03 ahead of Laurent Fignon, and winning four stages along the way.

Moser won no fewer than 23 stages of the Giro d’Italia throughout his career – winning the points jersey on four separate occasions.

Among Moser’s other accomplishments are his victories in Milan-San Remo, Paris-Roubaix, the Giro di Lombardia and the 1977 World Championships. He also set the Hour Record in 1984.