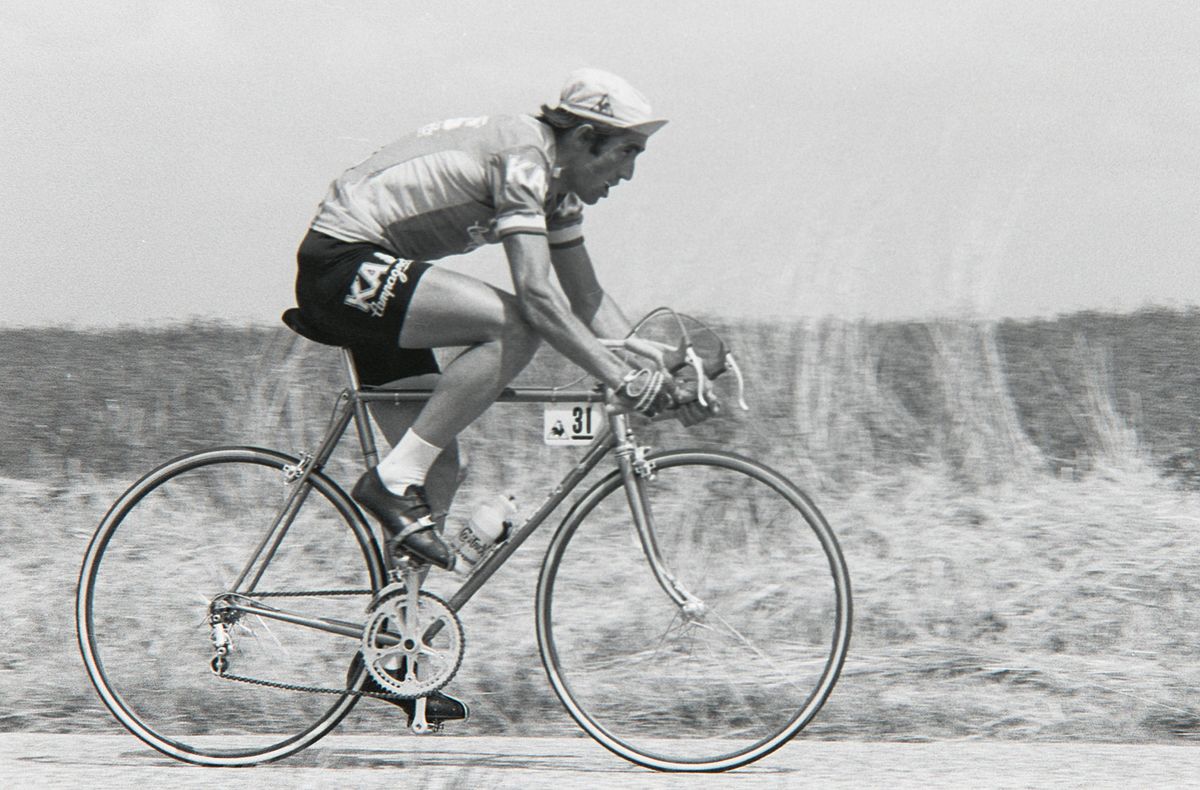 A belated happy birthday to Francisco Galdós, who was born on May 6, 1947.

While a Grand Tour victory evaded Galdós throughout his career, he did achieve numerous wins in lesser-known races around Spain and Europe such as the Vuelta a Cantabria, Cinturón Ciclista, GP Caja Cantabria,Trofeo Masferrer, Subida a Arrate, GP Nuestra Señora de Oro, the General Classification in the Ronde van Romandië (Tour de Romandie), Vuelta a Cantabria and the General Classification in the Ronde van Rioja.

With the exception of riding for the Kelme-Glos team during his last season, Galdós rode exclusively for the KAS cycling team throughout his 11-year career.

Upon his retirement in 1980, Galdós returned to his native area of Lasarte, Álava, Spain, where he routinely surfaced to do some race commentating for Spanish television and radio.