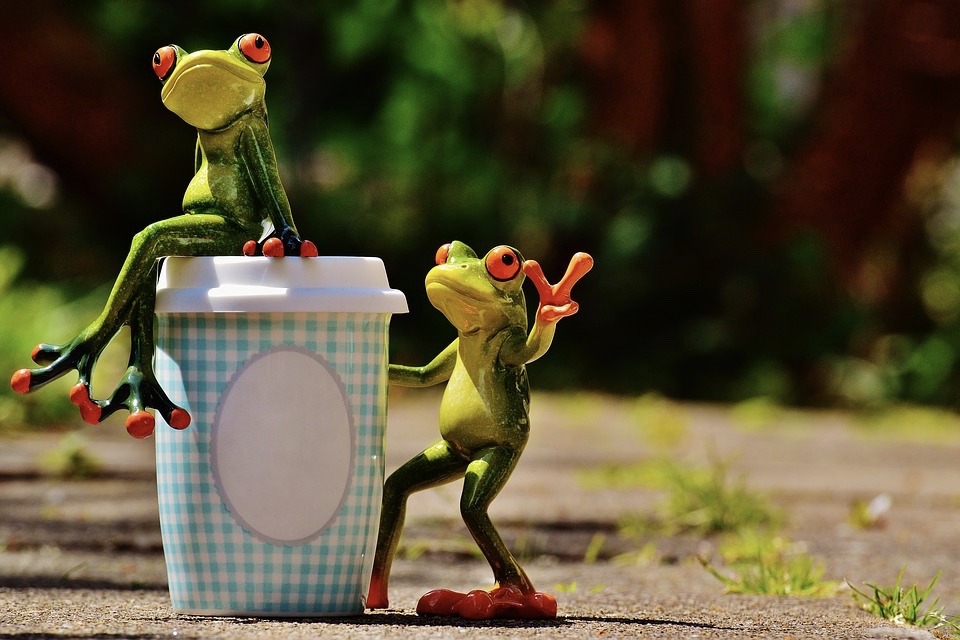 That’s right, frogs (not Frenchmen), coffee and recycled plastic are being used to create material for cycling apparel.

The Australia apparel brand OORR (Out of the Rat Race), has found a way to combine amphibious creators, leftover coffee grinds and recycled plastic bottles to manufacture cycling apparel that is both on the cutting edge of performance and hygiene.

So what inspired this unlikely combination of ingredients you ask?

According to OORR’s founder, Tim Christian, the textile industry is one of the world’s biggest polluters, which is responsible for as much as ten percent of global carbon emissions.

“The fashion industry is so diabolically bad for the environment, and it’s one space we can have a major impact causing the least amount of economic pain — it’s low hanging fruit for causing massive change”.

While in the past recycled products may not have represented premium products, Christian says the market view is changing.

“As a whole, recycled garments aren’t necessarily looked at as ‘premium’ products, and in the past haven’t performed to the same level as garments made with ‘virgin material.’ “The challenge is to change the perception of what it means to make garments with recycled materials. I want to prove just because it’s recycled doesn’t mean it’s inferior.”

For the most part, cycling apparel is based around polyester. Christian explains, “Polyester is just plastic, and with good PET plastic — like the bottle you’re drinking out of now — we can make any polyester with recycled material. Once it’s made it can be broken down and re-made infinite number of times with no degradation.”

Using this idea, OORR has worked with a textile manufacturer to create a unique fabric made with used coffee grounds, yarn and recycled polyester. The discarded coffee grounds are introduced to polyester thread to ‘rough up the surface’ of the yarn and add surface area to each thread, which Christian says allows the fabric to not only dry faster, but also offer superior UV protection compared to standard polyester.

“It’s totally possible to make the entire jersey from recycled material. The trouble is the coffee thread is expensive, the minimum amount I can order for the thread to be 100 percent recycled poly is 10-tonnes — that’s enough to make 400,000 jerseys!”, says Christian.

Furthermore, Christian says that one of his company’s jerseys recycles as many as five plastic bottles, and for every kilo of recycled polyester made, 50,000 BTU’s of electricity are saved or roughly the same amount of energy as roughly half a gallon of gasoline.

So where do the frogs come in?

Scientists discovered African clawed frogs that were living in bacteria infested ponds, suffered no ill effects. From there, the scientists studied the frogs and discovered they secreted a unique peptide that instantly kills bacteria with incredible efficiency. Moreover, similar to a sea urchin, the scientists  found the peptide was positively charged, so the bacteria was literally pulled into the particle because of its charge and skewered on its thorns.

“It’s so effective when someone is moved out of a quarantine room at a hospital and everything needs to be cleaned they’ll fog the room with this stuff and they even use it to sterilize surgical instruments,” Christian says. “When it’s used in garments it often gets compared to silver ion thread used for odor control.”

“The silver thread works great, but the trouble is it’s a heavy metal and can be really bad for the environment if it leeches, and the effects wear off over time”, Christian adds.

As a result, the scientists who discovered the peptide were able to create a nanoparticle which mimicked the frog’s bacteria defense, and before the fabric leaves the factory it’s ‘washed’ with a solution containing the particle. Christian says, because of the way the nanoparticle is constructed the thorns grab onto the yarn and never let go.

If you inner environmental consciousness has been peaked at this point, you can learn more about OORR’s current crowd-funding campaign on Kickstarter here.