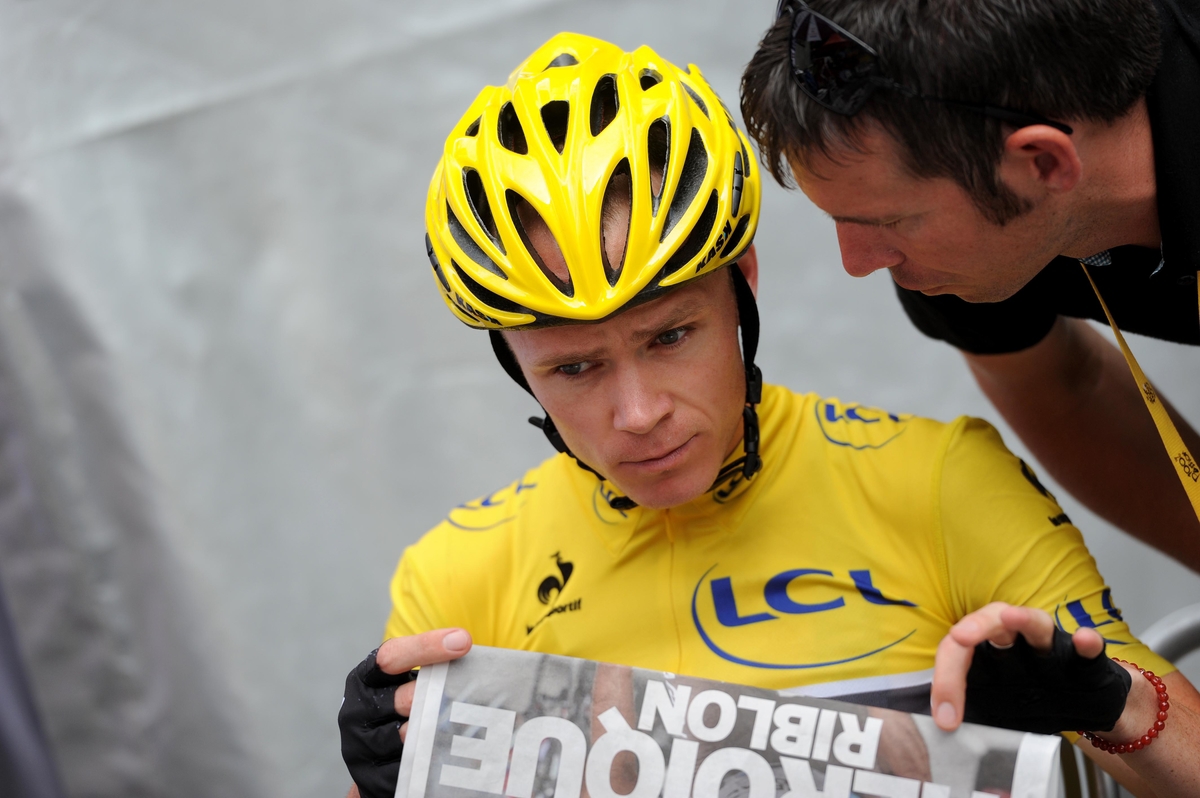 After facing a relentless barrage of “doping” allegations at this year’s Tour de France, Chris Froome has labeled the constant scrutiny as being “strange”. Moreover, the British rider feels that the treatment he’s been receiving, is inconsistent as compared to others who have had similar success.

Indeed, since he won the Tour in 2013, four different riders have won the five Grand Tours held between then and now. However, none of them have suffered the kind of scrutiny he’s been subjected to – both in his 2013 victory, and now.

“But I’ve got to admit it is frustrating to an extent that if you look at the last five Grand Tours that have been won by different teams and different riders, there hasn’t been the same outcry for power data numbers, unless I’m missing something.

“Of course I don’t really understand why now it seems to be such a hot topic.

“OK, I won one mountain top finish by 59 seconds — it just seems strange to me.”

Froome has not only faced outrageous acts from roadside fans, such as having urine thrown at him during the race, but he’s also had to endure criticism and innuendo from ex-pros, turned race commentator, like Laurent Jalabert and Cedric Vasseur. .

“Personally I’m not a fan of that. I’ve made that very clear,” Froome said. “I don’t believe these are best role models and spokesman for the sport in this day and age. Of course, that’s my personal opinion.”

“I wouldn’t say they need more scrutiny but I’ve got to admit it’s frustrating to an extent that if you look at last five Grand Tour winners, there’s not the same outcry for data and numbers. We didn’t see it with Contador, we didn’t see the same level of questioning. I don’t really understand why it seems to be such a hot topic in the Tour de France because I won a mountain stage (to La Pierre-Saint-Martin in the Pyrenees) by 59 seconds. It just seems strange to me.”

Froome also refuted the notion that this year’s Tour de France route was too tough for riders competing in a post-EPO fuelled era.

“No certainly not. The racing is only as hard as riders make it. Yesterday looked easy on paper but was one of the hardest of the Tour because everyone wanted to go full gas, in the break or to pull it back. The parcours doesn’t make the race harder, it’s more what the teams want to get out of the race.”

In the wake of all of this scrutiny, president of the Professional Cyclists Association (CPA), Gianni Bugno, spoke up in defence of Froome.

“Gianni Bugno, President of the CPA, in reference to the recent incidents that involved Chris Froome at the Tour de France, condemns the behaviour of certain TV commentators who, accusing without any evidence the integrity of the riders, generate uncivilised and unbecoming behaviour of certain fans,” said a CPA statement.