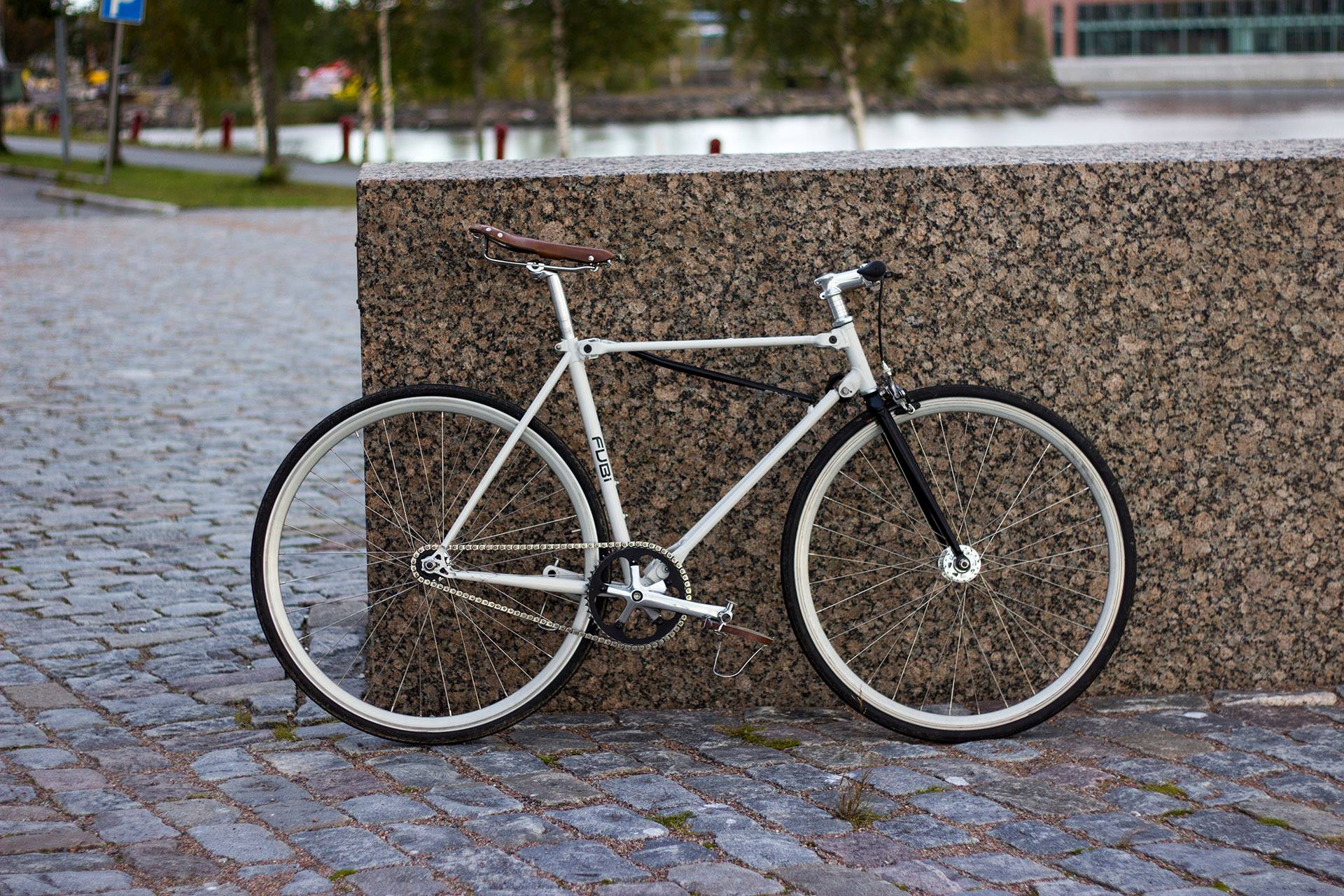 While the push for greener urban areas continues to grow as a global movement, so does the rise in urban cycling.

As a result, commuter bikes of all denominations continue to crop up. And, while we’ve seen our share of both traditional and far-flung designs, to include both pedal and motorized-assisted versions, very few so far feature a full-size frame that’s both foldable and showable – making it the ideal city commuter.

Along comes the FUBi fix.

FUBi fixie is a full-size folding bike with the same looks and riding features as a “normal” fixie/bike, yet can be folded with ease for convenient transport and storage.

FUBi fix was designed in a way, as to preserve the appearance of a tradition double diamond frameset, which in turns lends itself to being equipped with both standard and customized components.

According to its designer, Zaharias Laxström, perhaps the best part about the FUBi fix, is that it performs just like a traditional full-size bike.

FUBi is easy to fold without having to use any tools. It can be folded and unfolded in 5-10 seconds. When used as a fixed-gear it rolls on the front wheel when folded. If used as a single gear (with freewheel) it rolls on both wheels.

FUBI fixie has the FUBI patented frame technology that utilizes the triangular principle in order to have a very rigid and light frame. The frame is built by using the 4130 chrome molybdenum steel tubing.

The folding system allows you to lock FUBi in a more secure way. Lock it around a pillar with front wheels, frame and pillar all locked together with a U-lock.

The bikes have a front and rear brake and a flip-flop hub. The bike can be used as a single-speed or fixed-gear bike by turning the rear wheel around. There is also a 3 speed freewheel hub option.

FUBi fixie fits folded in elevators, metro, bus and in most cars.