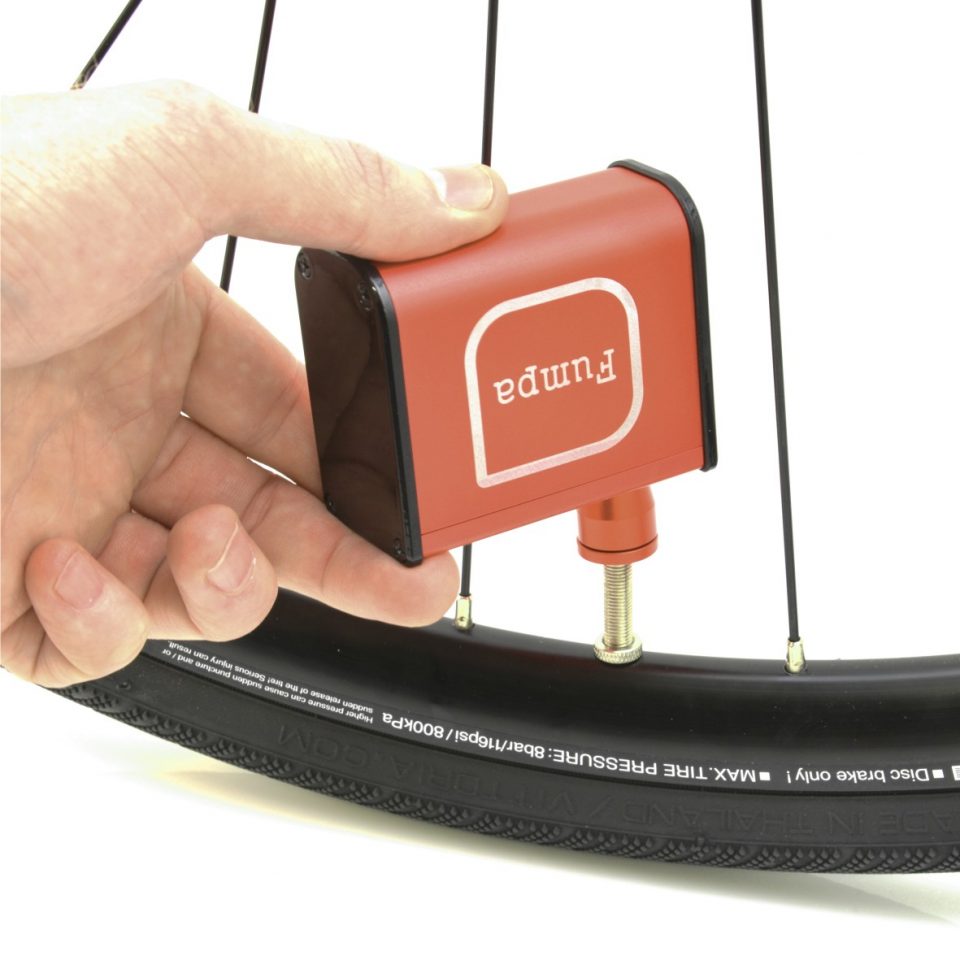 It was some of the smaller ticket items that caught the interest of cycling enthusiasts during this week’s annual Interbike Show.

For instance, Fumpa’s new pocket-size air pump that relies on battery power instead of CO2 cartridges to inflate one’s tire while out on the road.

This diminutive hand-held pump features a battery powered built-in compressor that’s charged via a micro USB port cable, which is capable of inflating a road tire up to 120psi in less than a minute courtesy of its build-in presta valve.

The miniFumpa sels for $129.00, and it can be purchased directly from Fumpa.