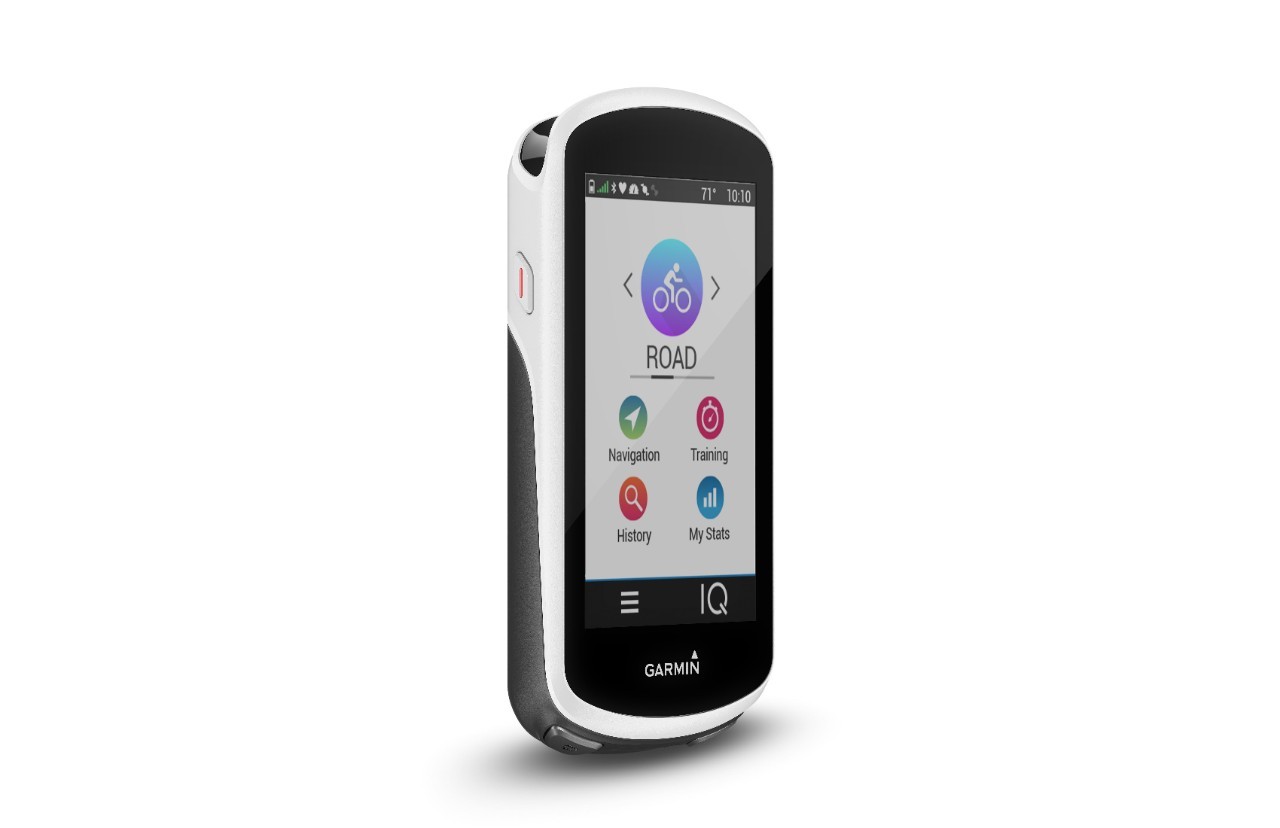 According to Garmin, the Edge 1030 features a 3.5-inch high-resolution, capacitive touch panel display that is quick and responsive, even when wet or used with gloves, wherein ambient light sensors automatically adjust the screen’s brightness making important key training metrics and advanced performance monitoring tools easier than ever to view day or night.

“Whether a competitor, commuter or adventure-seeker, we’ve found a better ride for all cyclists with the newest addition from Garmin – the Edge 1030,” said Dan Bartel, Garmin vice president of global consumer sales. “This innovative GPS cycling computer is compatible with our suite of cycling products, including the new Vector™ 3 and 3S power meter, as well as our Varia™ cycling awareness products like the Varia Rearview Radar and the Varia UT800 Smart Headlight. This means cyclists can now ride farther and more often thanks to the most advanced, intuitive and motivating ride data to date.”

Garmin says, enhancements in navigation and course planning on the Edge 1030 were made with the cyclist in mind, whereby the company’s Trendline popularity routing platform uses billions of miles of ride data from Garmin Connect to provide riders with the best road, mountain or gravel routes that are aggregated from those most traveled by fellow cyclists. Using the improved and revamped Course Creator in Garmin Connect also allows cyclists to generate even more bike-friendly routes based on popularity data.

In addition, Garmin’s Cycle Map has also been preloaded onto the Edge 1030, which includes turn-by-turn navigation and new alerts that notify riders of sharp curves ahead. Furthermore, cyclists will receive elevation information, see points of interest and be able to search for addresses – all right on their screen. By inputting a distance and starting direction, the Edge 1030 will give riders up to three round-trip routes to choose from and will guide cyclists back to the route if they stray away. Built-in GPS, GLONASS and altimeter sensor capabilities also provide accurate ride data so cyclists know how far, fast and high they ride.

Additionally, the Edge 1030’s smart connectivity features mean cyclists won’t have to reach for their phone. Moreover, new rider-to-rider messaging1 lets cyclists send prewritten messages directly from their Edge 1030 to other riders using the Edge 1030. Cyclists can also view and respond to missed calls or texts2 with prewritten replies. Built-in incident detection will automatically send a cyclist’s location to emergency contacts if they run into trouble, while GroupTrack4 and LiveTrack5 let friends, family and other cyclists keep track of a rider’s location in real time.

The Edge 1030 comes with the latest version of Strava Live Segments, featuring more competition and better segments. Cyclists who upgrade to Strava Premium will gain access to everything from real-time races against their personal best, to the most popular nearby segments. Cyclists can star their favorite Strava segments, and while riding, will receive an upcoming segment alert as they approach a start. Riders will then receive second-by-second, real-time comparisons of their performance against their most relevant competitor and will race against their actual speeds – not just their average. The new Segment Explore feature lets riders view popular and marquee segments around them directly on their Edge. Preloaded with the new Strava Routes Connect IQ app, starred routes can now be wirelessly synced to the Edge 1030 so cyclists can navigate and compete on their favorite Strava segments at the same time6.

Other features installed on the Edge 1030, include the new TrainingPeaks Connect IQ and the Best Bike Split Race Sync app.

The TrainingPeaks IQ app guide cyclists through a workout in real time – complete with intensity targets and interval durations. After a workout, syncing to TrainingPeaks will provide cyclists with a detailed analysis of their ride, as well as the ability to measure progress toward their goals. With the Best Bike Split Race Sync app, cyclists will have all their current race plans available at their fingertips. Best Bike Split also allows riders to see how changes in weight, power and drag affect their goal race time, while helping to create the perfect power plan for race day.

According to Garmin, the Edge 1030 works with the company’s new flush mount, keeping the device in line with the handlebars – not above them – giving it a lower profile. In addition, the new computer has up to 20 hours of battery life, and it’s compatible with the new Garmin Charge integrated battery pack accessory for in-ride charging and power, giving riders up to 40 hours to finish even on the longest of rides.