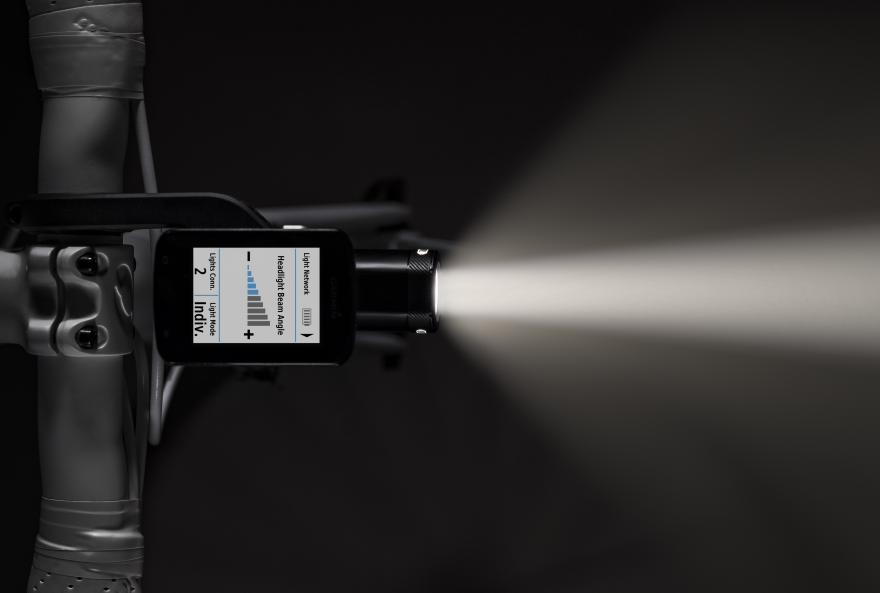 According to Garmin, the Varia UT800 not only projects a steady 800 lumens for up to 1.5 hours, it also has the ability automatically adjust its beam intensity based on changing light conditions,  speed and ride profile when synched with one of Garmin’s Edge GPS computers.

In addition, the Varia UT800 features five light modes – high, medium, low, night flash and day flash, which is capable of casting visible light during the day from more than one mile away.

The Varia UT800’s low-profile, lightweight design, makes it easily attachable to virtually any style of handlebar via its out-front mount, while it can also be mounted on most helmets using Garmin’s friction mount.

“As leaders in cycling technology, we are excited to introduce the Varia UT800 to our line of innovative Varia cycling awareness products,” said Dan Bartel, Garmin vice president of global consumer sales. “With five different light modes, whether riding on the streets or the trail, the Varia UT800 smart headlight shines brighter for longer allowing cyclists to ride with greater confidence.”