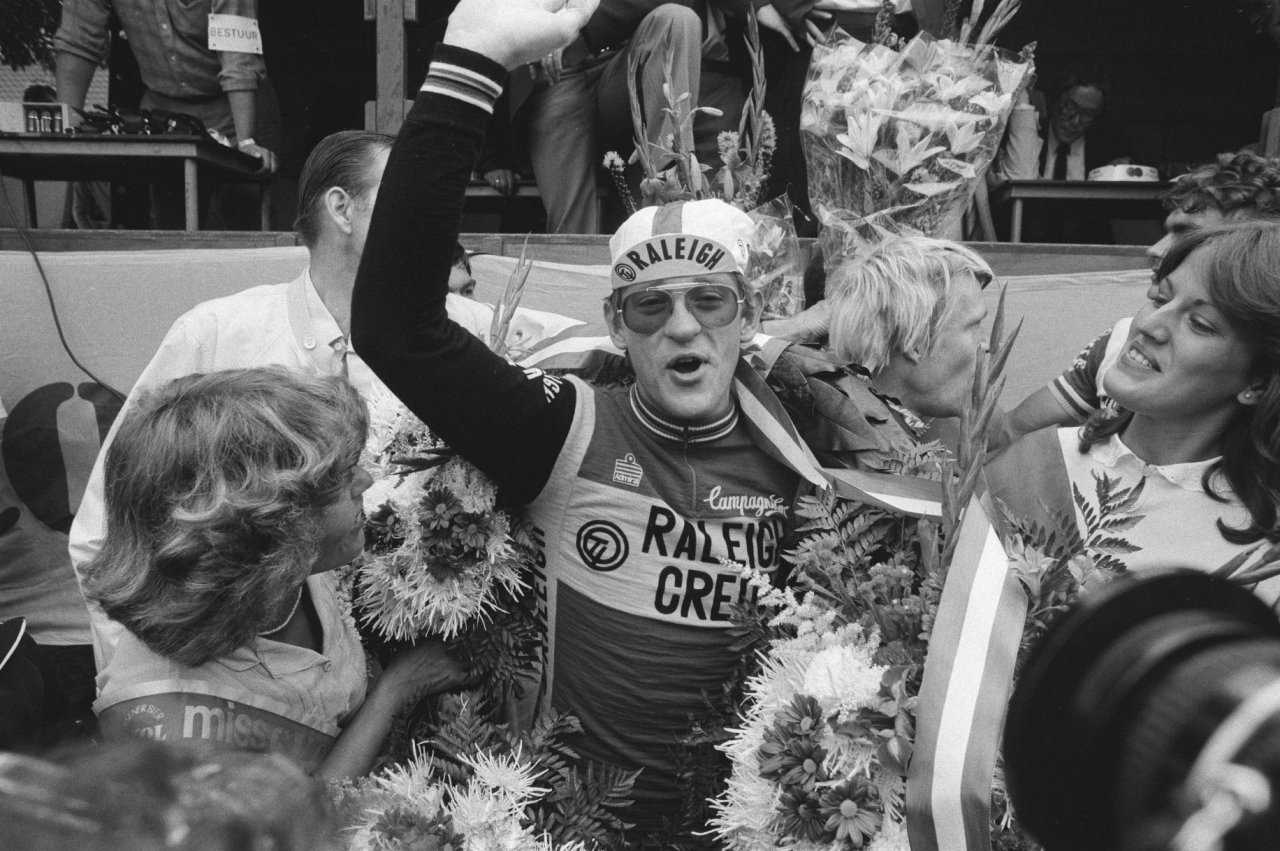 The Dutch rider is best remembered for winning 1978 World Championship, ahead of Francesco Moser of Italy and Jorgen Marcussen of Denmark.

In addition, Knetemann also won the prestigious Amstel Gold Race in 1974 and 1985.

Knetemann also holds the distinction of riding the Tour de France no fewer than 11 times between 1974 and 1987, while winning 10 stages – a Dutch record equalled only by Jan Raas and Joop Zoetemelk.

His best year in the Tour de France was 1978, when he led from the sixth stage. Although he lost the leader’s yellow jersey two days later, he won the stage into Lausanne and then the final stage on the Champs Elysées in Paris.

However, his career dwindled after a crash in Dwars door België in Belgium in March 1983. Recovery took months, and although he did ride the Tour de France again, there was not much left of the once sparkling star.

Knetemann did however win the Amstel Gold Race in 1985. He retired from racing in 1991 and became Dutch team selector.

After his retirement, Knetemann maintained his sharp sense of humor, which made him a favorite with reporters and earned him television and radio appearances.

Knetemann died of a heart attack, while out on a bike ride with some some friends in Bergen in 2004.

Knetemann’s daughter, Roxane, followed in her father’s foot-steps, after becoming a professional cyclist herself in 2006.