Gilbert emerged from a late breakaway group during the final few kilometers, to finish 45 seconds ahead of his closest rivals – Francesco Bongiorno (Bardiani-CSF) and Sylvain Chavanel (IAM Cycling)- who finished in second and third place respectively.

Meanwhile, with a smack of poetic justice, Alberto Contador (Tinkoff-Saxo) gained time on his arch rivals, Mikel Landa and Fabio Aru, with an attack after both Astana riders were ensnared in crash.

Just days ago, Astana came under criticism when Landa failed to slow when Contador found himself in trouble on the slopes of the Mortirolo, after experiencing a mechanical problem. It’s customary for riders to give momentary pause, whenever a rival falls victim to a crash or mechanical failure. In this case, Contador was left to struggle in order to get back onboard with the race.

As a result, Contador succeeded in opening up a two minute gap on the field during the final 10 kilometer climb.

A crash with the motorcade would later claimed Damiano Cunego (Nippo-Fantini), Stig Broeckx (Lotto Soudal) and Roberto Ferrari (Lampre-Merida) as its victims.

As a result, both Cunego and Broeckx were forced to abandon the race with a suspected broken collarbones, while Ferrari was able to rejoin the chase group.

Back up front, the breakaway group’s advantage had swelled to a massive 13 minutes over the peloton, but this did not come as a threat to Contador, nor any of the other GC contenders.

As the peloton hit the slopes of the main climb, both Landa and Aru were caught up in a crash, along with several other Team Sky riders.

From there, Contador capitialized on their misfortune, and proceeded to put the hammer down, just as his rivals did, hence 2 days ago.

Back up front, what remained of the day’s breakaway group, crested the top of the climb, with Bongiorno leading Moinard, De la Cruz and Siutsou.

Back in the chase, Ryder Hesjedal managed to make his way up to Contador, only to be joined by Villella, who had been jettisoned off the back of the breakaway group kilometers ago.

With 19 kilometers to go, Gilbert had finally worked his way back up to the leaders, and almost immediately went on the attack – subsequently building up a slight 20 second lead for himself.

From there, Gilbert continued to increase his advantage during the final 5 kilometers, and with his arms extended in victory, the BMC rider  crossed the finish in solo fashion. 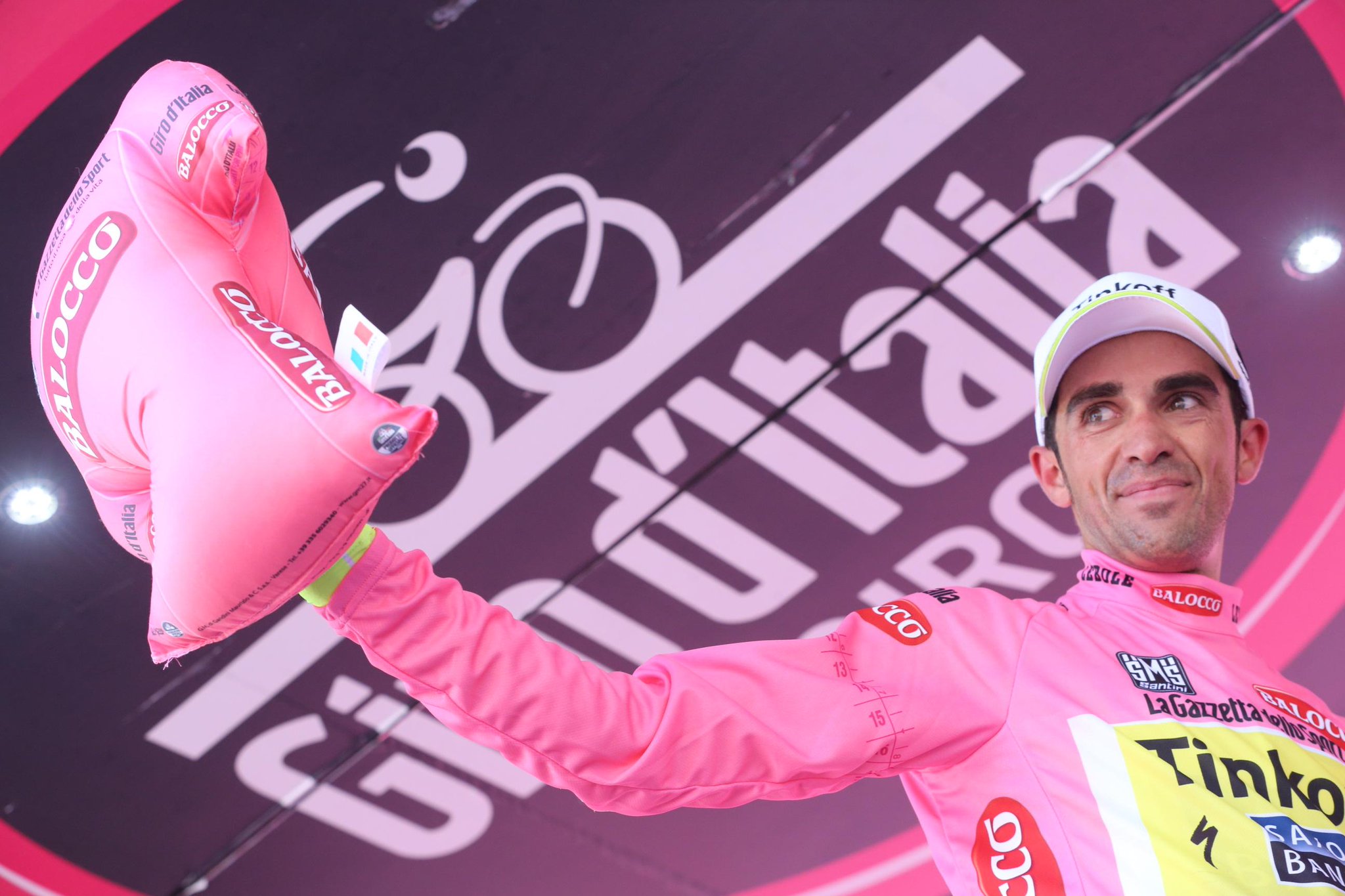