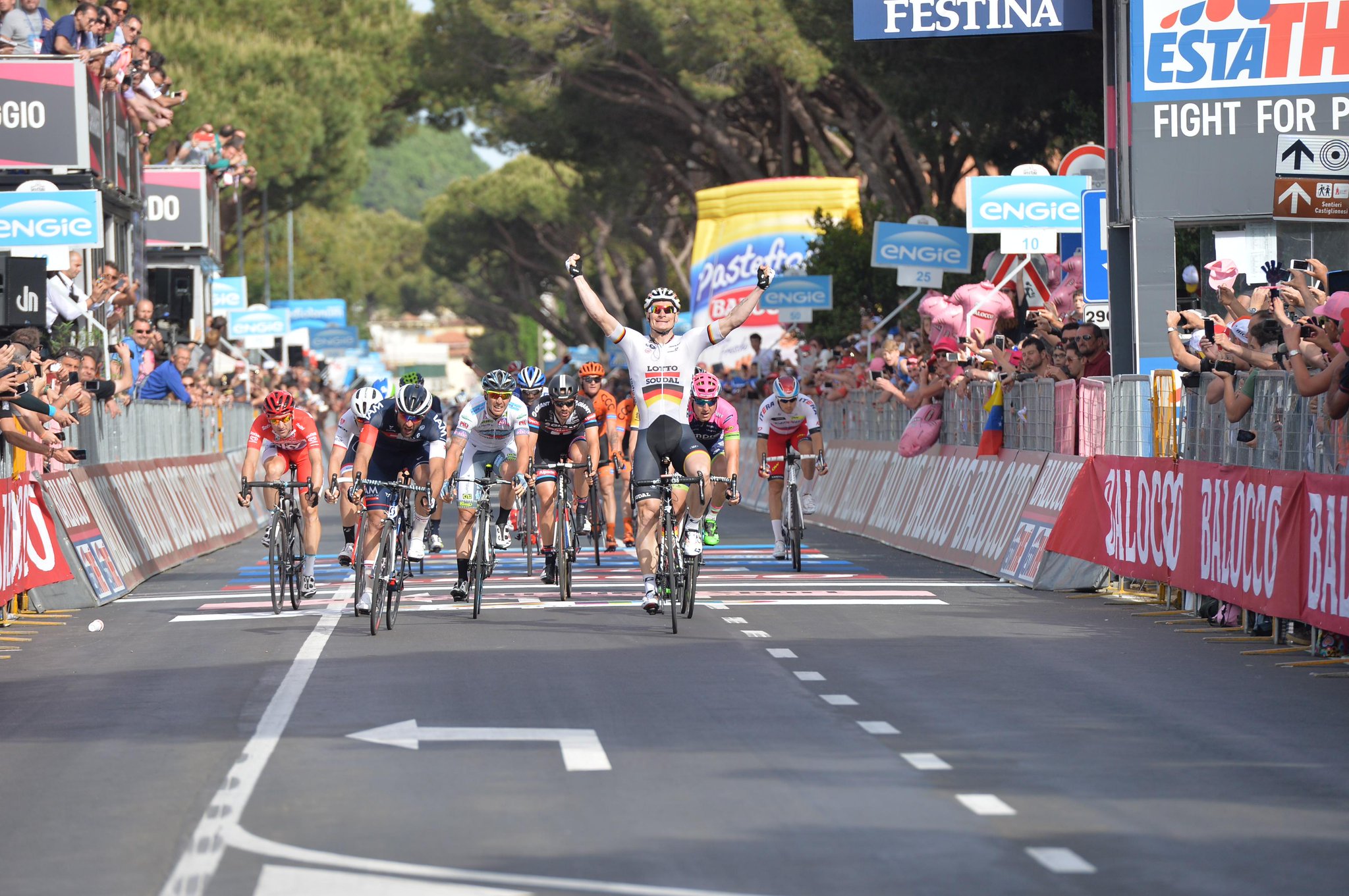 André Greipel seized the victory in stage 6 of this year’s Giro d’Italia, after the German powerhouse sprinted to victory, ahead of Matteo Pelucchi IAM Cycling) and Sacha Modolo (Lampre-Merida) in Castiglio Della Pescaia.

“We said before we have to keep the position from three Ks to go,” Greipel said. “With these corners it was really like we planned. Lars Bak did a really long pull and kept us at the front.

Meanwhile, race leader, Alberto Contador (Tinkoff-Saxo), was involved in crash during the final sprint, that according to reports, left the Spanish rider with injuries to his left arm and shoulder.

As the race summited the day’s only categorized climb of the Pomarance, the escapee’s were holding a sizable lead of four minutes over the peloton.

However, as the race entered into the final 22 kilometers, their advantage had fallen below 2 minutes. And, a further 5 kilometers later, their gap had dwindled to under a minute, as Giant-Alpecin and Lotto-Soudal pursued in earnest.

From there, the breakaway group was caught with just under 14 kilometers to go.

With 3 kilometers remaining, Lotto-Soudal took command of the field, as they began ushering Greipel into position.

Entering into the final kilometer, Trek Factory Racing and Lampre-Merida joined in the fold as well, followed by Giant-Alpecin’s Luka Mezgec.

Heading into the final few hundred meters, Trek Factory Racing took to the front, but Lotto-Soudal had plans of their own for the finale, as they began moving Greipel into position.

However, during the closing 500 meters, chaos struck the peloton, after Daniele Colli (Nippo-Vini Fantini) clipped the barriers on the right-hand side, triggering a chain reaction that claimed Contador as one of its victims.

From there, Greipel proceeded to open up his sprint, leaving his rivals to struggle in his wake.

“We are working now with each other so long together, and also we are friends,” said Greipel of his lead-out train. “I think this also makes it easier to fight for each other, for the victory.”