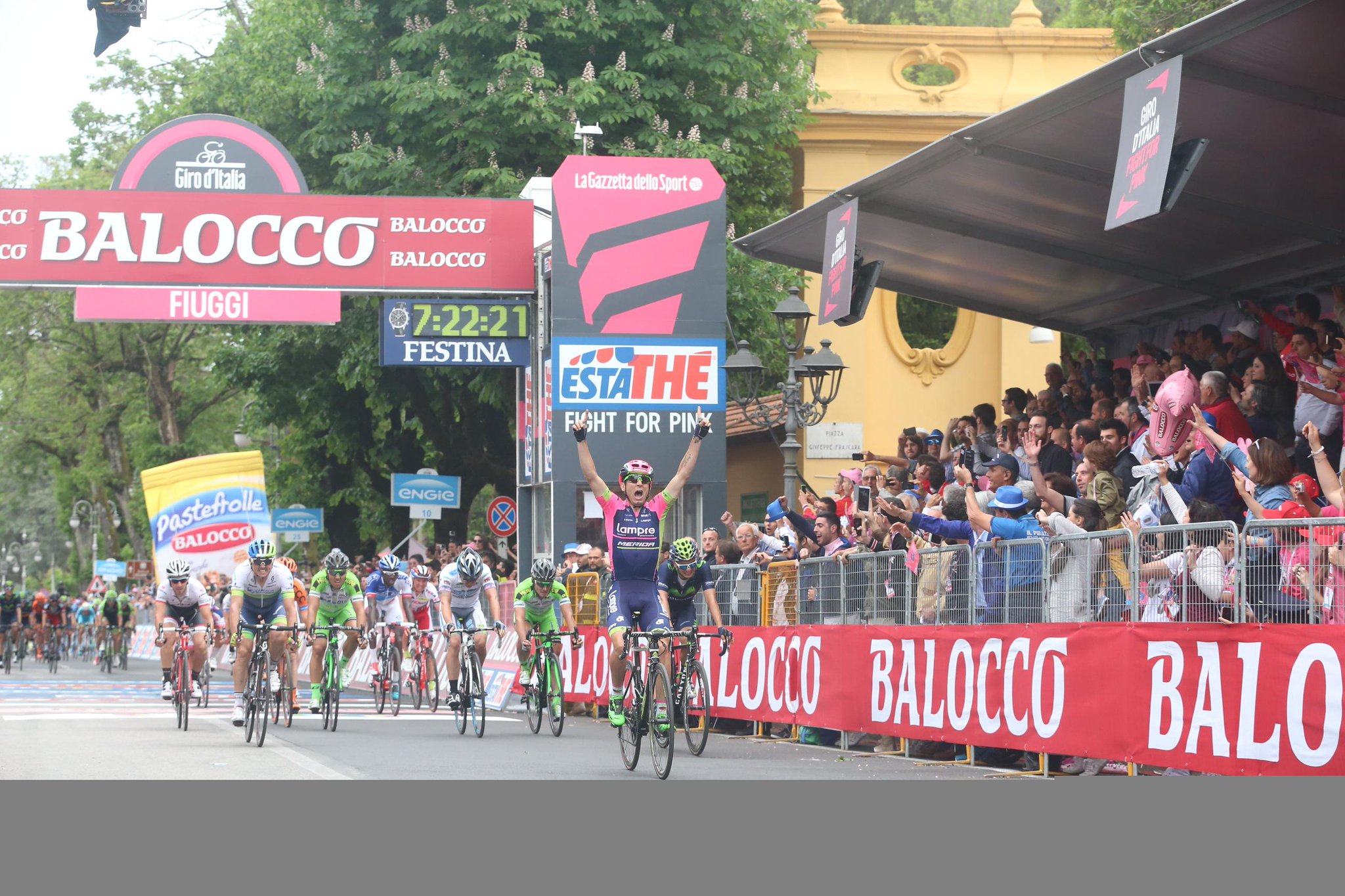 With his arms extended in victory, Diego Ulissi (Lampre-Merida) crossed the finish line to claim stage 7 of this year’s Giro d’Italia, after beating JJ Lobato (Movistar) and Simon Gerrans (Orica-GreenEdge), in a sprint finish in Fiuggi today.

Indeed, despite his rivals better poised for victory, the Italian rider emerged from the middle of the bunch sprint, to deny Lobato and Gerrans the win.

Meanwhile, the injured Alberto Contador (Tinkoff-Saxo), finished safely in the peloton, to retain his hold on the overall race lead.

From there, the escapees went on to establish a substantial 6 minute plus advantage over the peloton for most of the race.

However, as the breakaway group reached the final 30 kilometers, their gap over the chase had dwindled to less than a minute. And, a further 10 kilometers later, they were back in the clutches of the peloton.

As the race approached the final run-in to Fiuggi, Tinkoff-Saxo controlled most of the pace setting, in effort to protect their leader Contador.

As the peloton was nearing the finish, Lotto-Soudal took over the lead, in hopes of setting up André Greipel for another win.

Orica-GreenEdge was also there.

As the race crossed into the final kilometer, Orica-GreenEdge appeared to be in the “cat-bird seat”, with four of its riders at the front.

However, Lampre countered, by moving 3 of its riders up to the front as well.

Surprisingly, Lampre’s lead out fizzled during the final 300 meters, but it was still enough to give the 25-year old sprinter the impetus he needed to edge out his rivals. 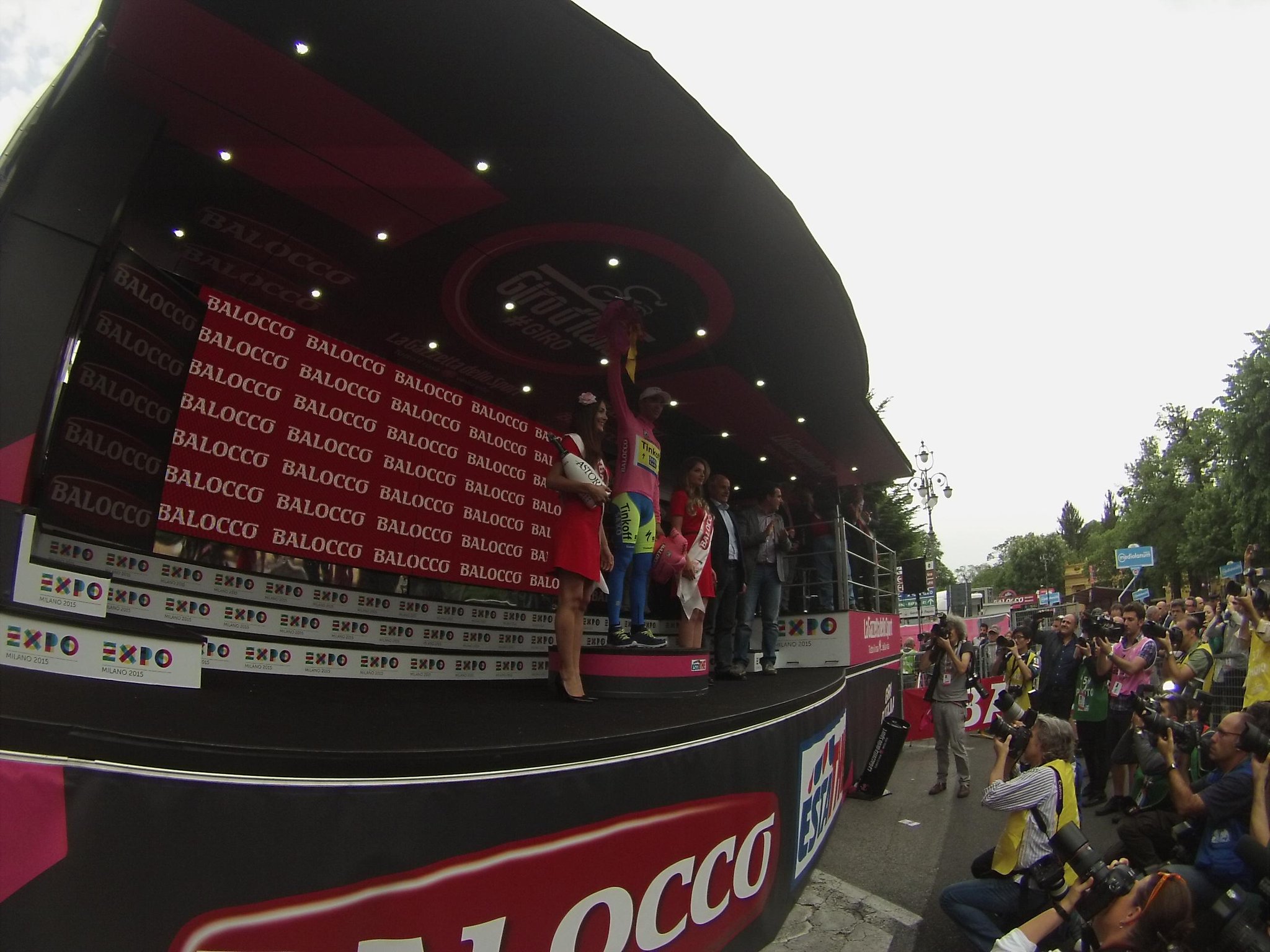