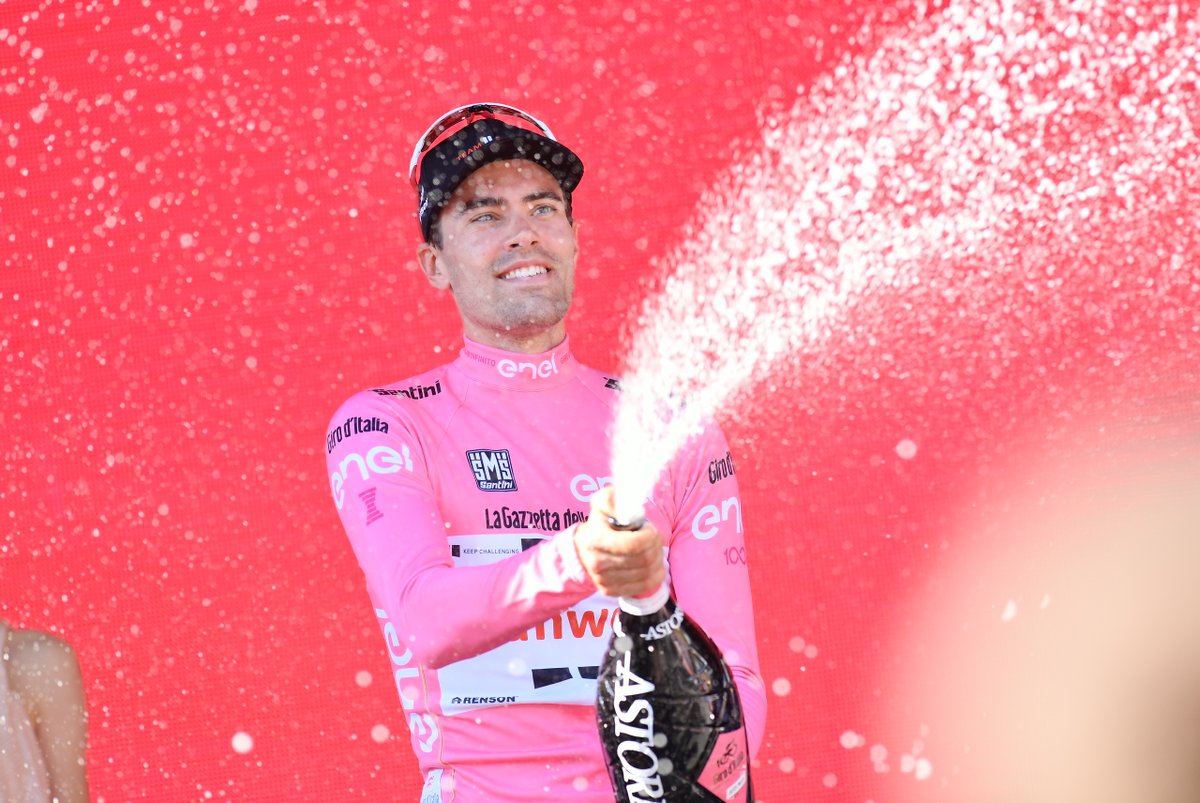 Fernando Gaviria showed superb bike-handling and an explosive late kick to come from nowhere to win stage 13 of the Giro d’Italia – his fourth triumph in a remarkable Grand Tour debut. Felix Lowe reports.

Although the 22-year-old Quick-Step Floors sprinter found himself boxed-in on the home straight, Gaviria fought back, swerved between his lead-out man Max Richeze and the barriers in the final fifty metres, and then powered past Ireland’s Sam Bennett (Bora-Hansgrohe) to win a claustrophobic finish to the pan-flat 167km stage from Reggio Emilia to Tortona.

By becoming the first Colombian to win four stages on the Giro d’Italia, Gaviria also increased his near insurmountable lead in the maglia ciclamino points classification; he now leads Stuyven by 123 points with no flat stages remaining before the finish next Sunday in Milan.

As impressive as Gaviria’s win was, though, it was not without controversy after aerial images showed Argentinian team-mate Richeze not only clashing with a Bora-Hansgrohe team-mate of Bennett, but also closing the door on Australian sprinter Caleb Ewan (Orica-Scott) just as Gaviria made his decisive kick.

Dutchman Tom Dumoulin (Team Sunweb) enjoyed another uneventful day in the saddle to retain the maglia rosa ahead of a series of key stages in the mountains. Dumoulin leads Colombian Nairo Quintana (Movistar) by 2:23 in the general classification and compatriot Bauke Mollema (Trek-Segafredo) by 2:38.

Destined for nothing but a bunch sprint, the flattest – and, as it happened, most uneventful – stage of the 100th edition of the Giro started on wet roads after early showers in Reggio Emilia.

The gap subsequently dropped and never moved back above two minutes as the inevitable played out, gradually, over a seemingly interminable afternoon in which frequent roundabouts provided perhaps the only moments of interest.

As the race edged up the Po valley and past the cities of Parma and Piacenza on a completely flat procession, the advantage of the leading trio fluctuated before finally coming to nothing with 22km remaining.

A strong headwind made for a slow and subdued approach to Tortona before things finally sparked into life on the outskirts of the home town of cycling legend Fausto Coppi.

With three kilometers remaining, Italian veteran Filippo Pozzato (Wilier-Selle Italia) made a half-hearted attempt to end the host nation’s barren run – but his attack was quickly swallowed up by the rampaging peloton.

The Bora-Hansgrohe team of Bennett looked firmly in control as they strived to deliver their man to a maiden Grand Tour stage win after three third-place finishes in the race so far. And Bennett certainly had power in numbers entering the home straight as four Bora riders did their bit in support of the Irishman.

With Australian rider see Ewan and German national champion Andre Greipel (Lotto Soudal) isolated, and Gaviria hugely distanced, it looked like Bennett’s long wait for a win would come to an end.

But Gaviria never gave up – powering back into contention, swerving around the melee as Ewan and Richeze clashed shoulders and almost hit the deck, and then rounding Bennett to complete a startling turn-around.

Ewan and Greipel – the only two sprinters to deny Gaviria since the start of the race back in Sardinia – could only finish eighth and ninth on what is expected to be their last contribution to the race. With the mountains peppering the route until the final day time trial, most of the fast men will now pack their bags; but with the maglia rosa firmly on his shoulders, Gaviria has a reason enough to grit his teeth and ride on through the Alps and Dolomites.