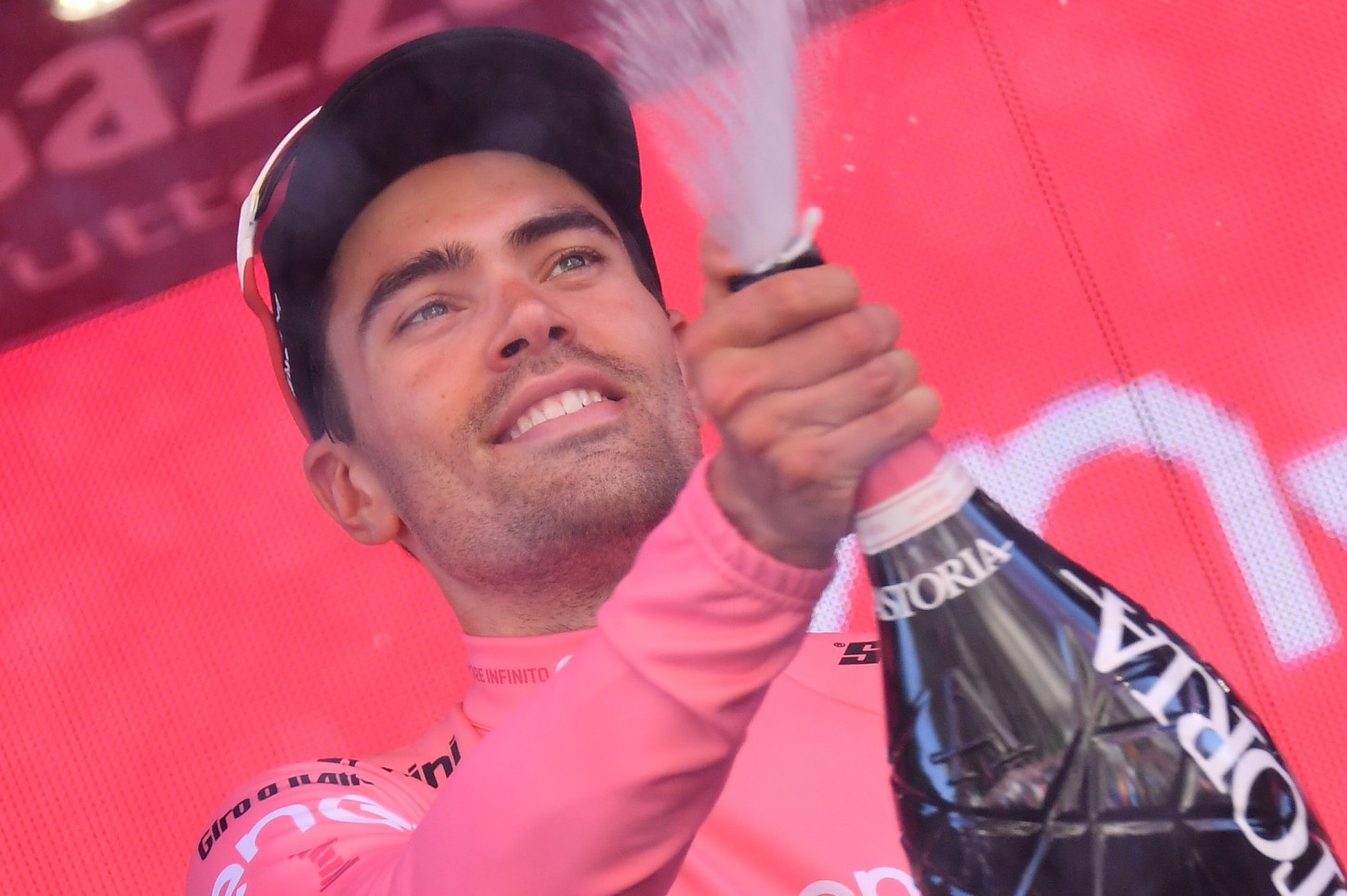 Jungels attacked with 4 kilometers to go as the breakaway was caught, with defending champion Vincenzo Nibali (Bahrain-Merida) responding before all the favorites joined together for the descent into Bergamo.

Jungels upped the pace again inside the final kilometer and ultimately had too much power for a group mainly containing specialist climbers, as Quintana (Movistar) took a surprise second to cut the gap to Dumoulin (Sunweb) to two minutes 41 seconds.

Meanwhile, after finishing second, Quintana was able to seize a six-second bonus to reduce his 2:47 deficit to Dumoulin.

Jungels: “I’m super-happy with this victory. I knew I had good legs. I was good on the climbs and in the final. The final climb was a bit longer than I expected, but on the downhill I was in a good position. The sprint was perfect. I got on the wheel of Pozzovivo, started the sprint at the right moment and it was perfect. A stage of the Giro is incredible, and in front of these guys is unbelievable.”

Dumoulin: “It was a hard day, a very high average [speed]. We had a breakway, but a lot of teams weren’t happy and they kept attacking. After 110km, the real breakaway finally formed. A lot of favorites attacked at the end, but we stayed calm and it was a good day for us.”

Stage 15 took the riders 199 kilometers from Valdengo to Bergamo on a route ending with two categorized climbs and then short and sharp uncategorized ramp in the last 5 kilometers.

The day looked well suited to a breakaway and teams consequently fought a long and high-paced battle to put men in the escape. After an initial five-man group had failed to pull away, a subsequent 10-man group finally formed after 110 kilometers of exhausting racing and were allowed to build up a maximum lead of two minutes 30 seconds.

The breakaway was reduced to just three riders on the category-two first climb – Rudy Molard (FDJ.fr), Jacques Janse van Rensburg (Dimension Data) and Philip Deignan (Team Sky) – but their numbers swelled back to five when Pierre Rolland (Cannondale-Drapac) and Luis Leon Sanchez (Astana) attacked out of the peloton and caught them up on the category-three second climb.

Although the quintet took a lead of 42 seconds over summit, they were unable to hold off the chasing peloton and were caught at the foot of the final climb, to Bergamo Alta, with just under 4 kilometers to go.

After Quintana had rejoined the bunch following his earlier crash, the favorites started the decisive climb all together, but then Jungels ignited a frantic battle for victory by attacking with 4km to go.

Domenico Pozzovivo (Ag2r-La Mondiale) and Nibali launched counter-attacks to reel the Luxembourger in, and Nibali then kicked again to lead a select group of five also containing Pinot and Adam Yates (ORICA-SCOT) over the summit.

Quintana and Dumoulin were briefly distanced, but both latched back on to the group as the descent flattened out and when Nibali recognised he could not escape solo, he sat up and paved the way for a reduced-bunch finish.

Pozzovivo and Yates led out the sprint, but Jungels powered through to take the win by a bike length and dragged Quintana with him into second place.

The peloton will enjoy a rest day on Monday ahead of Stage 16 on Tuesday. It will be the toughest stage any of these riders face all year and is widely regarded as one of the hardest in any of the Grand Tours in a long time.