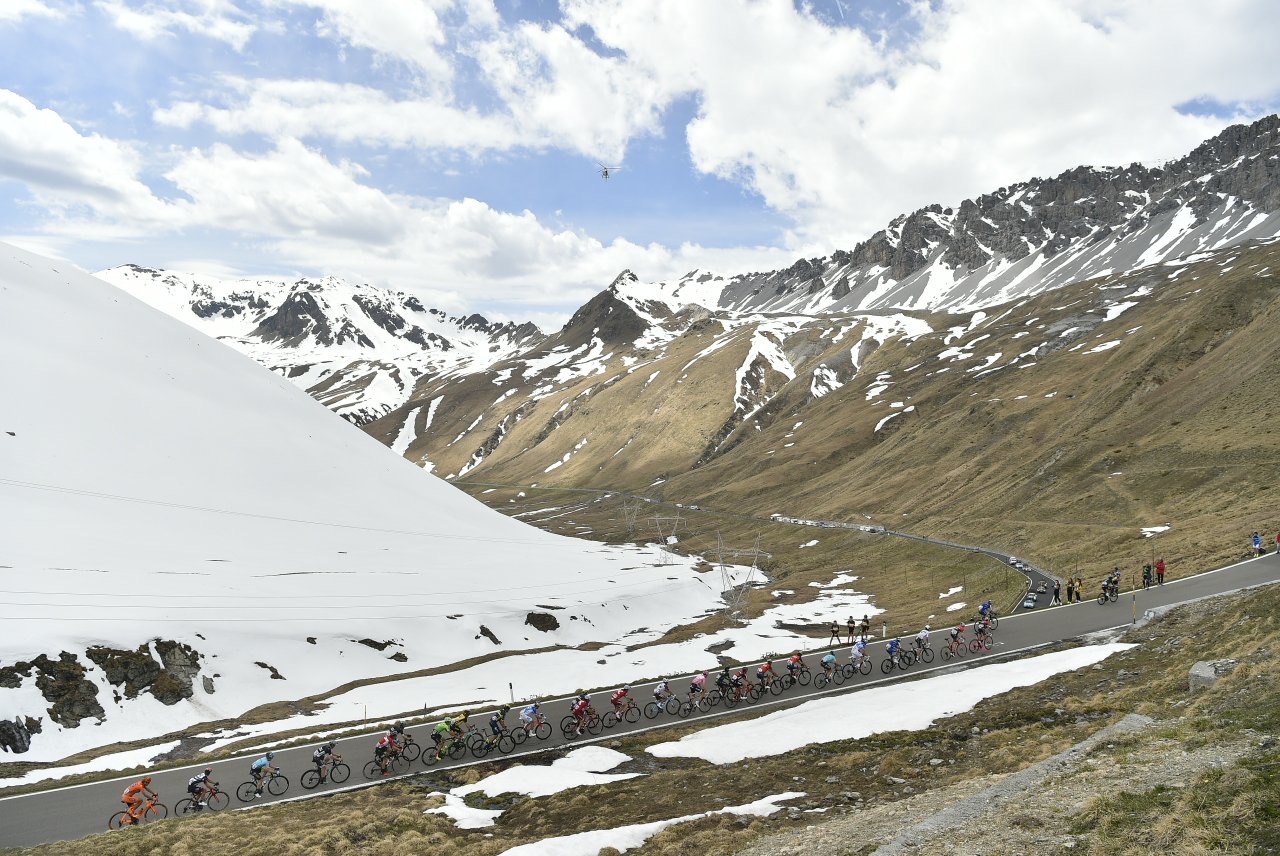 Vincenzo Nibali (Bahrain-Merida) claimed the “Queen Stage” of the Giro d’Italia in dramatic fashion today, after beating Mikel Landa (Team Sky) in a two-up sprint, while arch rival Nairo Quintana (Movistar) finished several seconds down to claim the thrid spot on the podium.

Meanwhile, despite finishing more than two minutes down on Nibali, race leader Tom Dumoulin (Team Sunweb) managed to retain his grip on the maglia rosa by just a few seconds, after the Dutch rider was forced to take a “nature” break during the latter part of the stage.

An attack by Nibali on the descent saw the defending champion drop Quintana and catch lone leader Landa, as the race dropped back into Italy ahead of the finish.

Nibali ended the host nation’s drought – and revived his chances of defending his crown – by pipping Landa, the new maglia azzurra, to the line after almost six-and-a-half hours in the saddle.

Earlier in the 222-kilometer stage, Spaniard Luis Leon Sanchez crested the summit of the Passo del Mortirolo to pick up the cima Scarponi in memory of his late Astana team-mate Michele Scarponi, the Italian veteran who was killed last month after a training accident.

Landa, whose own GC hopes were ended in Stage 9 following the controversial crash involving the police motorcycle at the foot of Blockhaus, was the last man standing from a large break of 26 riders which formed on the Mortirolo.

The Basque climber crested the summit of the Passo dello Stelvio – the second of three climbs – in pole position to take the famous Cima Coppi over the highest point of the race. Although he missed out on the stage win, Landa moved to the top of the mountains classification for his efforts.

But the main talking point of the day was the reaction to Dumoulin’s unscheduled “nature” break inside the final 40 kilometers of the race. With the likes of Nibali, Quintana and Zakarin all raising the tempo while Dumoulin struggled behind, questions will be asked whether the riders broke the unwritten rules of cycling and had not honored the pink jersey the respect it deserves.