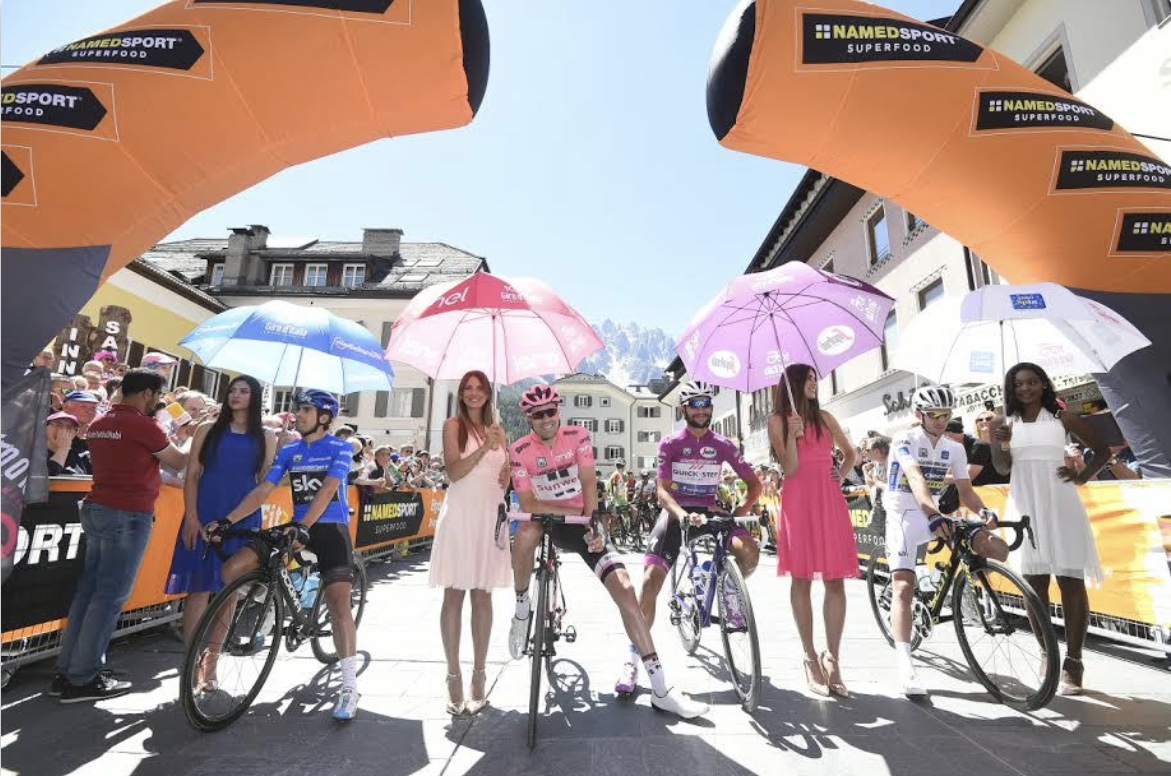 Mikel Landa (Team Sky) pulled off a richly deserved victory in stage 19 at the Giro d’Italia today, following a long-range attack along the final climb.

Indeed, the Basque rider bounced back from the disappointment of an early race crash, as well as two second place finishes, to vanquish his rivals on the Piancavallo climb.

In doing so, Landa solidified his mountain’s jersey lead in the process, thanks to a  huge effort from his teammate Sebastian Henao, who joined him in a group of 18 riders towards the end of today’s dramatic stage.

Henao was instrumental in shutting  down a series dangerous attacks along the final first-category climb, giving Landa the springboard he needed to attack, and eventually seize the stage honors to claim the victory 1:49 ahead of his closest rival, Rui Costa (UAE Team Emirates), followed by Pierre Rolland (Cannondale-Drapac), who rounded out the podium a further 5 seconds back.

Meanwhile, Nairo Quintana (Movistar) finished well enough ahead of race leader Tom Dumoulin (Team Sunweb) to wrest the maglia rosa from him, after the Dutch rider cracked along the final climb.

Splits began to occur after 50 kilometers of racing, with Dumoulin along with other GC riders Steven Kruijswijk, Bauke Mollema and Adam Yates, getting left behind.

However, due to the efforts of Kruijswijk, Mollema and Yates, the group managed to bring the race back together on the second climb of the day.

Meanwhile a very strong breakaway was occurring ahead, stemming from the likes of Pierre Rolland, Mikel Landa, Luis Leon Sanchez and Rui Costa to form an 18-rider move, which eventually went on to create a massive 11 minute advantage with one climb remaining.

In the meantime, Dumoulin suffered a puncture and another chase back before the final climb, one more event in the ever-increasing list of challenges that he has been forced to face in his defense of his pink jersey, forcing him to once again struggle his way back into contention.

Once the climb began it was Costa and Landa who hit out at the front of the race, while the peloton continued to ride tempo from behind.

Back up front, it didn’t take long for Landa to drop Costa, leaving the Spanish rider with 9.5 kilometers still to go, while his rival teamed up with Pierre Rolland in pursuit.

However, back in the main group, the fight for pink began to light up, as gaps began to open between Dumoulin and the rest of the GC favorites.

Dumoulin soon found himself riding almost 20 seconds off the back of the group, while Pinot, Zakarin and Nibali began attacking off the front.

Pinot, Pozzovivo and Zakarin all gained time, and despite being distanced on one occasion in the finale, Quintana finished 2 seconds ahead of Nibali.