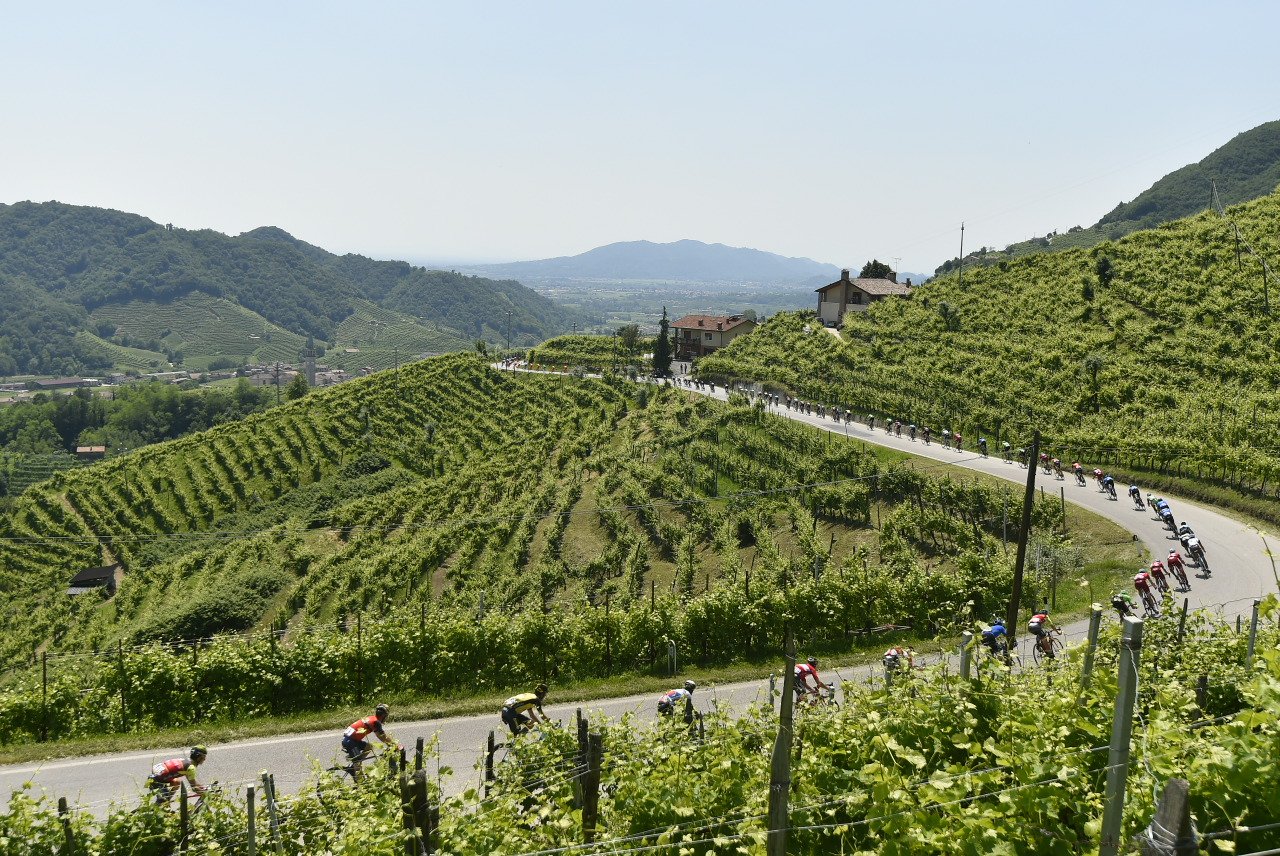 Thibaut Pinot (FDJ) claimed the final mountain stage of this year’s Giro d’Italia today, after besting a small group of race favorites in a sprint in Asiago, with Ilnur Zakarin (Katusha-Alpecin) and Vincenzo Nibali (Bahrain-Merida) earning the other spots on the podium.

“It was a great victory. When you are sitting alongside the best riders at this Giro d’Italia after a long, hard day, it’s great to win the stage”, said Pinot.

“The time gap is not big. The time trial tomorrow is flat and it suits Dumoulin a lot. The most important thing will be to limit the damage”, the French rider added.

Meanwhile, Nairo Quintana (Movistar) finished just behind the trio to easily hold on to the maglia rosa, with a 39-second lead over Nibali.

Tom Dumoulin (Team Sunweb) was jumped in the overall classification by Nibali and Pinot, however, the former race leader is still well-positioned to regain the race lead ahead of tomorrow’s final 29.3 kilometer individual time trial around Monza’s Formula One race track to Milan.

Stage 20 took the riders 120km from Pordenone to Asiago on a route containing three climbs, including the 24km Monte Grappa at mid-distance and a 14km ascent to Foza, which summited 15km before the finish.

The key objective for Quintana, Nibali and Pinot was to put as much time into Dumoulin as possible ahead of the time trial, and it looked like the Dutchman had cracked early when Katusha-Alpecin set a fierce pace up Monte Grappa and briefly dropped him.

However, he was able to pull his way back to his rivals thanks to a slowing in pace and all of the favourites consequently started the final climb together.

Zakarin and Pozzovivo attacked 7km from the summit and were allowed to pull away, and Dumoulin was put under further pressure when Nibali and then Quintana launched attacks to break free as duo.

Pinot also accelerated and quickly caught Nibali and Quintana, and they in turn reeled in Zakarin and Pozzovivo to form a five-man lead group at the start of 14.5km of gentle downhill to the finish.

Back down the road, Dumoulin crossed the summit of the final climb 18 seconds adrift of Nibali, Quintana and Pinot as part of a chase group also containing Adam Yates (ORICA-SCOTT), Bauke Mollema (Trek-Segafredo) and, crucially, Bob Jungels (Quick-Step Floors).

Jungels is a strong time-triallist and became a particularly useful ally to Dumoulin when the front five and chase group effectively became two team time trials racing each other on the descent to the finish.

The gap between them initially swelled to 27” with 10km to go, but with 5km left the Dumoulin group had closed to within just seven seconds.

However, the front five managed to double their advantage in the closing kilometers, and Pinot was rewarded for his efforts with a comfortable win in the resulting sprint.

Dumoulin said after the stage, “finally the climbs are done. I was very happy that I had better legs. I had a good day again and I’m forever thankful and grateful for the help in the final from Mollema and Jungels and Yates.”

“The time gaps will not be as big as in the last TT – definitely not. I just have to fight for every second. We will see tomorrow.”