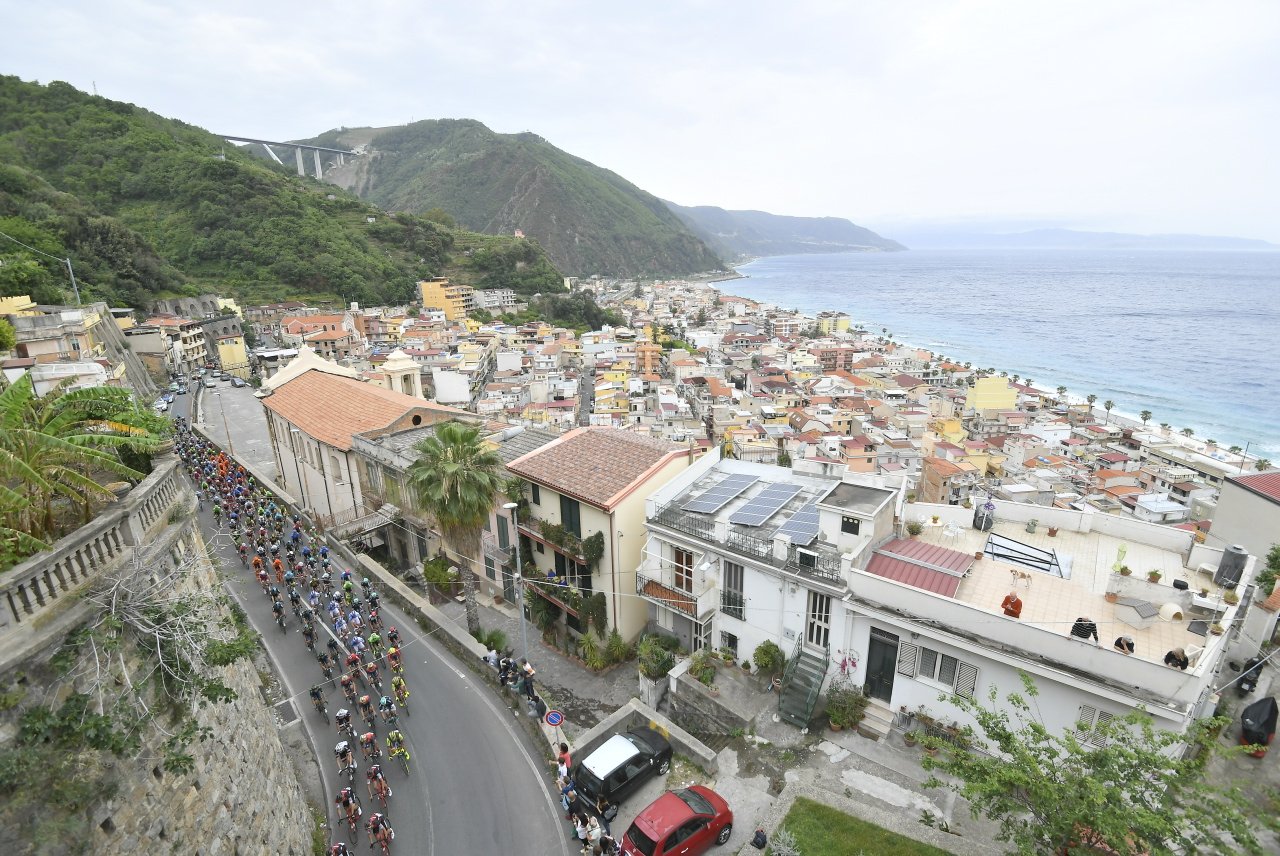 Meanwhile, Bob Jungels (Quickstep Floors) finished safely in the peloton to retain his grip on the overall race lead ahead of Geraint Thomas and Adam Yates.

A three-way uphill tussle at the conclusion of today’s 217 kilometer route from Reggio Calabria saw Dillier defy a stinging double-digit gradient to hold off Stuyven, while opening stage winner Lukas Postlberger rounded out the podium a further 12 seconds back.

Simone Andreetta of Bardiani CSF, who was also in the day’s main breakaway group, held on for fourth place ahead of the peloton, which was brought home 39 seconds down on Dillier by Michael Woods (Cannondale-Drapac).

Earlier in the race, Dillier, Mads Pedersen, Stuyven, Andreetta and Pöstlberger succeded in riding clear during the opening kilometers of today’s stage.

From there, the escapees were allowed to establish a significant gap of almost nine minutes over the peloton.

Even after 65 kilometers of racing, the group was still maintaining almost a six minute advantage over the chase.

The breakaway group was still holding onto a three minute lead as they crested the second classified climb of the day with 23 kilometers to go.

Survival was almost assured as they entered the final 16 kilometers while still clinging to a 2:54 gap, with Pedersen the first to get dropped with 6.4 kilometers to go after he sacrificed himself for teammate Stuyven.

Not long after however, the group’s lead began to dwindle, falling to just 1:43 with less than 6 kilometers to go and a final climb to contend with.

Stuyven was the first to attack along the climb with 5.6 kilometers to go, dropping Andreetta immediately but unable to shake Dillier and Pöstlburger.

From there, the duo hit the start of the final climb with 1:30 in hand, with Dillier and Stuyven battling it out for a hard fought finish.