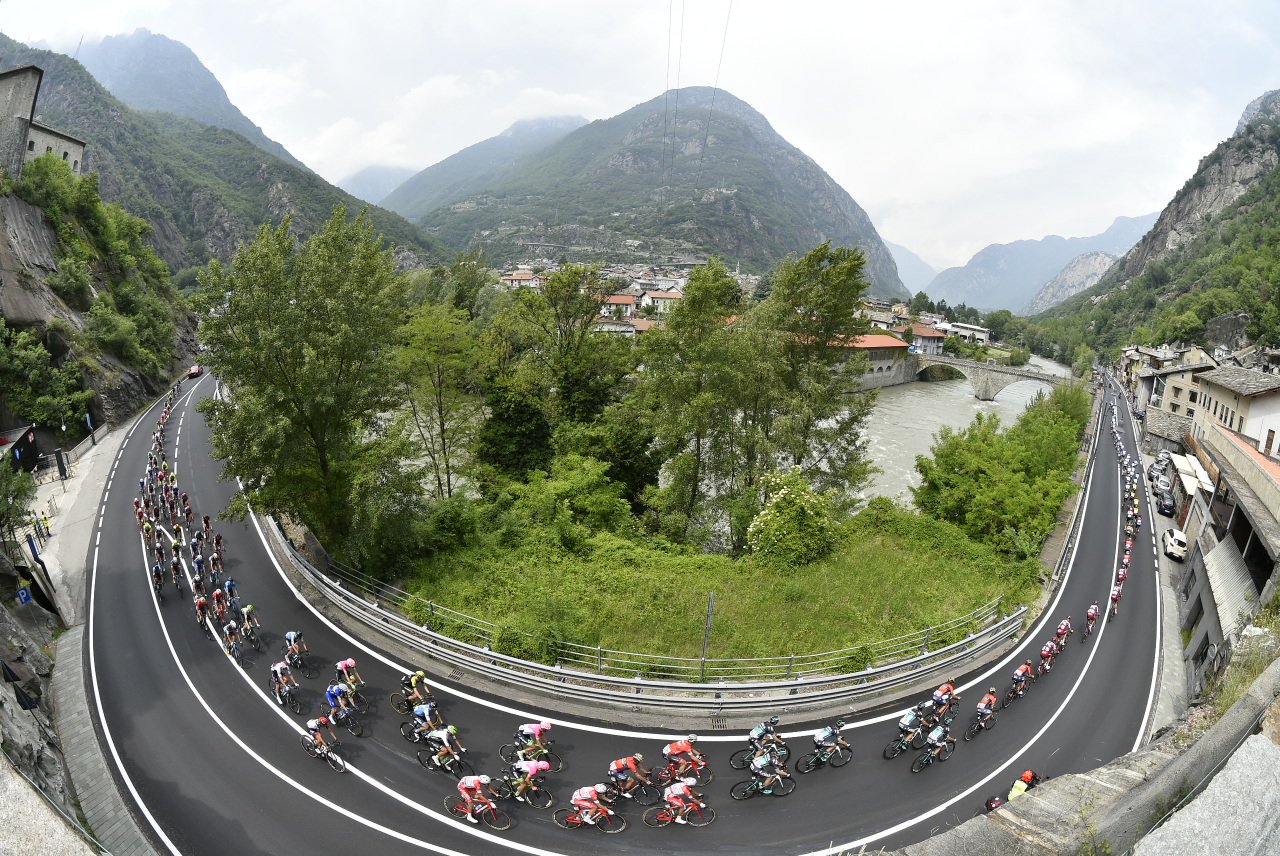 Chris Froome (Team Sky) all but sealed his victory in this year’s Giro d’Italia today, after the unshakeable British rider successfully defending himself against numerous attacks during the final summit Iseo to finish safely in a lead group of riders containing defending champion Tom Dumouilin (Sunweb).

However, the victory of the day went to the veteran Spanish rider Mikel Nieve who soloed to victory on his 34th birthday to gift his Mitchelton-Scott team its fifth win of the race one day after Simon Yates’s remarkable capitulation of the Pink Jersey. It was Nieve’s third career win on the Giro.

Meanwhile, Miguel Angel Lopez (Astana) secured the white jersey and moved into the final spot on the podium following the collapse of French rider Thibaut Pinot of Groupama-FDJ during today’s stage.

On top of securing the pink jersey, Froome secured the blue jersey as king of the mountains, while Elia Viviani (Quick-Step Floors) battled into the day’s break and picked up maximum points in both intermediate sprints to build up an unassailable lead in the maglia ciclamino points classification ahead of Sunday’s processional Stage 21 into Rome.

The first breakaway group of the day containing riders such as Nieve, Valerio Conti (UAE Team Emirates), Matej Mohoric (Bahrein-Merida), Koen Bouwman and Robert Gesink (LottoNL-Jumbo), succeeded in establishing an advantage of more than six minutes over the peloton.

However, the group eventually began to erode during the penultimate climb of the day, leaving Nieve as the sole leader ahead.

With 6 kilometers to go, Dumoulin attacked form within the peloton, taking Froome, Lopez, Davide Formolo (Bora-hansgrohe), Domenico Pozzovivo (Bahrain-Merida) and Richard Carapaz (Movistar) along with him.

Dumoulin’s aggressions were followed with a series of attacks by Froome, Carapaz and Formolo as well.

However, with just over 3 kilometers remaining, Dumoulin decided to attack again, which was met with a counter-attack by Froome.

Shortly thereafter, Carapaz initiated another attack that was closely marked by Lopez and Froome, while Dumoulin, Pozzovivo and Formolo became distanced.

Formolo and Pozzovivo eventually made their way back to Froome’s group, while Dumoulin continued to struggle.

With 1 kilometer to go, Dumoulin and his teammate Sam Oomen managed to bridge their way back the Froome’s group, as Nieve proceeded to claim a solo victory ahead.

However, during the last kilometer, Carapaz commenced a final attack that was quickly followed by Lopez in defense of the White Jersey.

Meanwhile, Dumoulin rode at the head of the lead group alongside Oomen, while Froome was escorted across the finish by his teammate Poels  with a final acceleration.