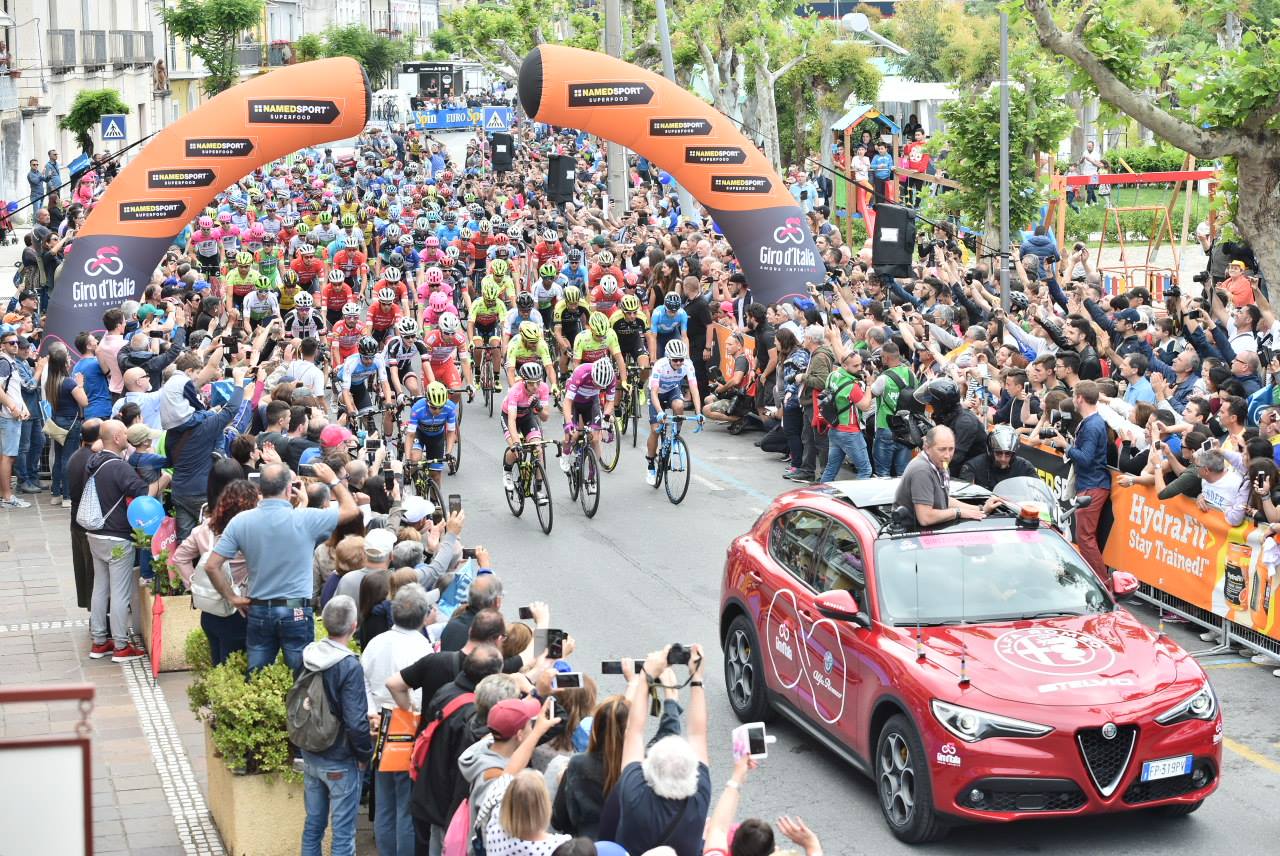 Richard Carapaz (Movistar) made history today, after winning stage 8 of the Giro d’Italia, making him the first Ecuadorian rider to win a Grand Tour stage.

LottoNL-Jumbo’s Koen Bouwman had attacked from the lead group with around 4 kilometers to go. However, Carapaz was able to catch the tiring Dutch rider during the final couple of kilometers to seize a solo victory in today’s rainy 209 kilometer stage from Praia a Mare to Montevergine di Mercogliano.

Chris Froome (Team Sky) was once again caught up in a crash, but the race hopeful was able to remount and make up lost time on race leader Simon Yates (Mitchelton–Scott), who managed to hold onto the pink jersey for another day with a 16-second lead over defending champion Tom Dumoulin (Sunweb).

However, attrition took its toll on the escapees during the final climb of the day, leaving just Bouwman, Mohoric, Montaguti and Polanc out front.

With just under 4 kilometers to go, Bouwman decided to attack his breakaway companions, quickly opening up a considerable gap for himself.

Back in the peloton, there was a moment of panic for Froome who was held up in a crash involving Wout Poels. But, Team Sky was quick to react and pace their leader back into the main field.

With less than 2 kilometers to go, Carapaz caught and surpassed Bouwman, paving the way for the Movistar rider’s first-ever Grand Tour victory.

In the meantime, Pinot attacked during the closing few meters, but was overtaken by Formolo to finalize the podium.