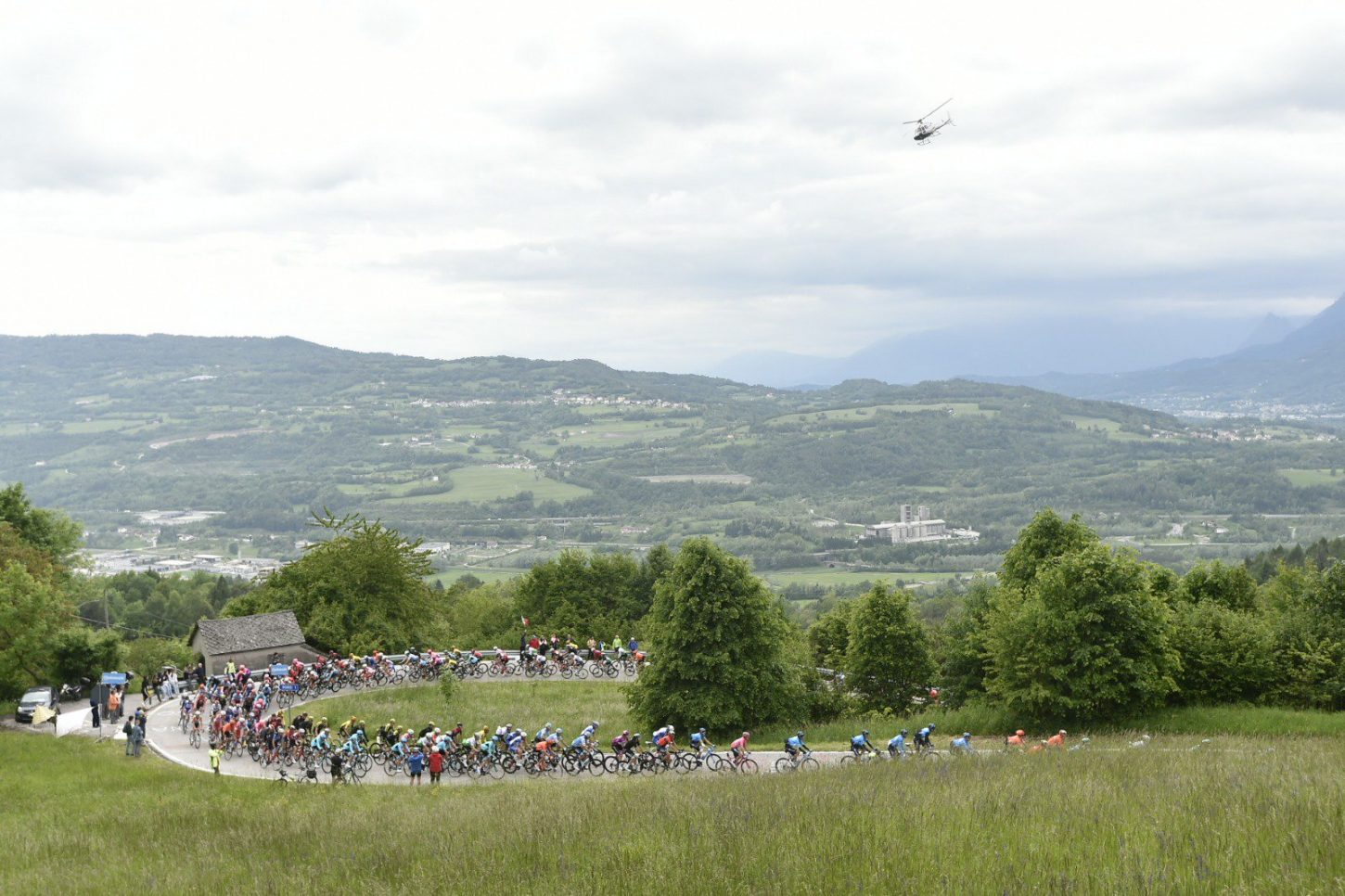 Damiano Cima (Nippo-Vini Fantini-Faizane) claimed a narrow victory in stage 18 of the Giro d’Italia today, after holding off a fast approaching chase group to seize the stage honors ahead of a visually frustrated Pascal Ackermann (Bora-Hansgrohe) and Simone Consonni (UAE Team Emirates).

Meanwhile, Richard Carapaz (Movistar) maintained his grip on the overall race lead ahead of Vincenzo Nibali (Bahrain Merida) and Primoz Roglic (Jumbo Visma) with a final set of mountain stages still to come.

With a sprint finish expected, the pace was high as numerous riders and teams looked to be part of a break which could upset the order of things  ahead of next two days of climbing before the final time trial.

Numerous attempts were foiled on a long uncategorized climb before the road darted downhill past the plush ski resort of Cortina and a trio of riders – Italians Maestri and Cima and the German Denz – finally managed to extricate themselves.

With the peloton now right on their heels, Cima launched his sprint during the final meters, crossing the line just before getting caught by Ackermann et al.

With his second place in the stage, Ackermann took back the lead of the points classification to regain the ciclamino jersey.