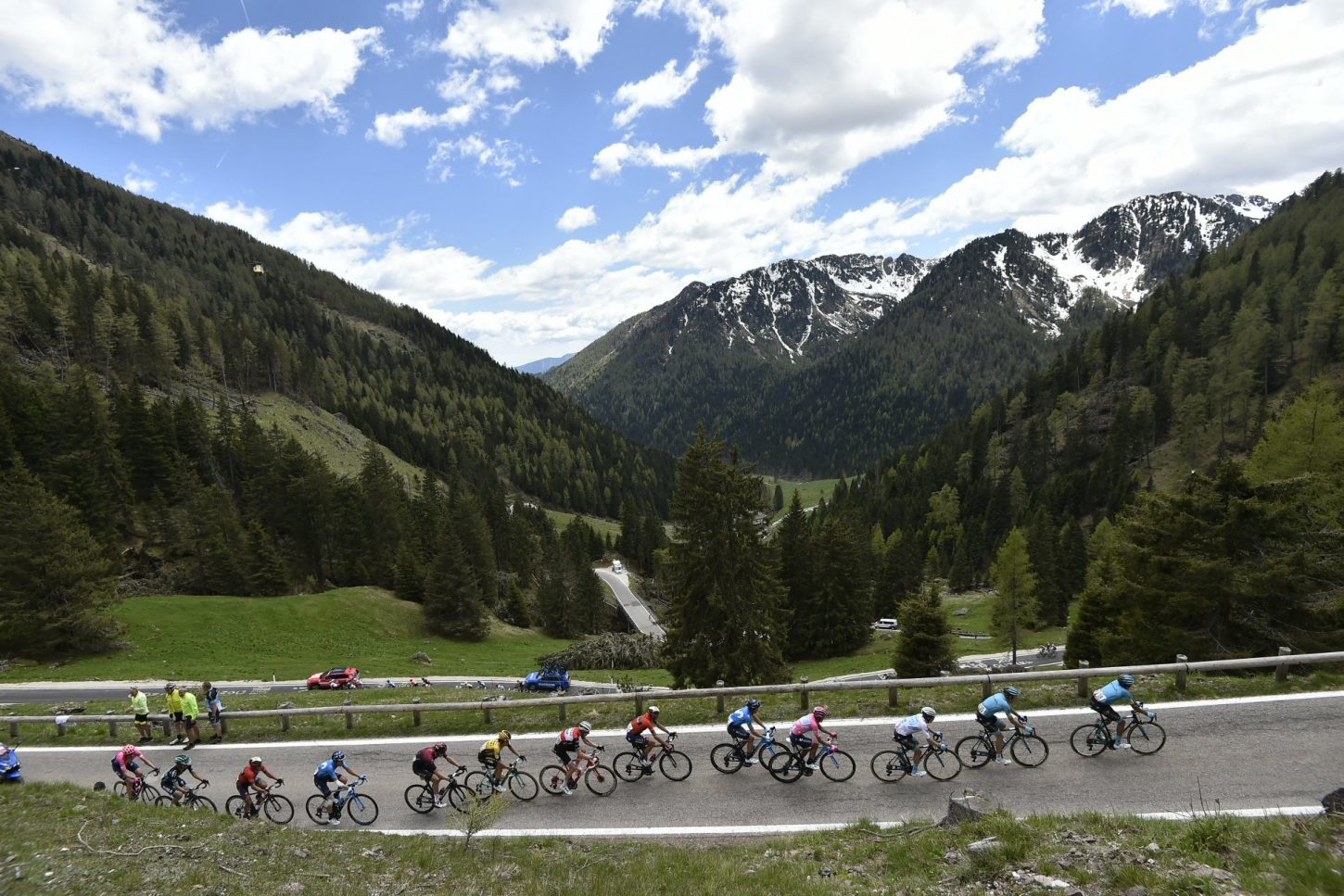 Carapaz put in an impressive performance during the final climb, ultimately moving his teammate Landa into third place in the overall classification as the result of bonus points, after Roglic was distanced on the climb.

Holding onto second place, is Vincenzo Nibali (Bahrain-Merida), who remains 1:54 behind Carapaz.

However, after the Passo Manghen, only Masnada remained out front.

Back in the peloton, Miguel Angel Lopez attacked close to the summit, taking Landa and Carapaz with him, while Nibali and Roglic were dropped from the group. But, the duo later joined forces with Ineos’ Pavel Sivakov to regain contact with the group.

At the start of the climb of Passo Rolle, a new breakaway group was formed by riders like Nieve, Amanuel Ghebreigzabhier, Eddie Dunbar, Valentin Madouas and Ciccone.

With 13 kilometers to go, Lopez launched a new attack with Carapaz keen to mark his move, only to see the two riders quickly reeled back in.

After that, Bahrain-Merida tried to control the pace, but Lopez commenced another attack to no avail.

The next rider to try his luck was Landa, who subsequently opened up a slight gap for himself.

Back up front, Madouas was the first rider to crest the Croce d’Aune, while Landa continued to make his way to the leaders.

In the meantime, Bora-hansgrohe’s Rafal Majka crashed on the descent, almost ensnaring Sivakov and Bauke Mollema in the chaos.

Nibali and Carapaz later bridged their way to Landa along the descent.

At the start of the final climb, Lopez crashed seemingly due to a fan who got in his path. But, after a brief scuffle with the fan, the Colombian rider remounted and began chasing his way back to the group.

With approximately 3 kilometers to go, the escapees were caught by Carapaz, Nibali, Landa et al.

With 2 kilometers remaining, Nibali attacked, taking Landa and Carapaz with him. But, the trio was soon joined by a reduced group of chasers, while Roglic found himself distanced by almost a minute.

Landa was the first rider to launch his sprint, but Bilboa quickly caught and passed his Spanish rival to claim the stage honors.