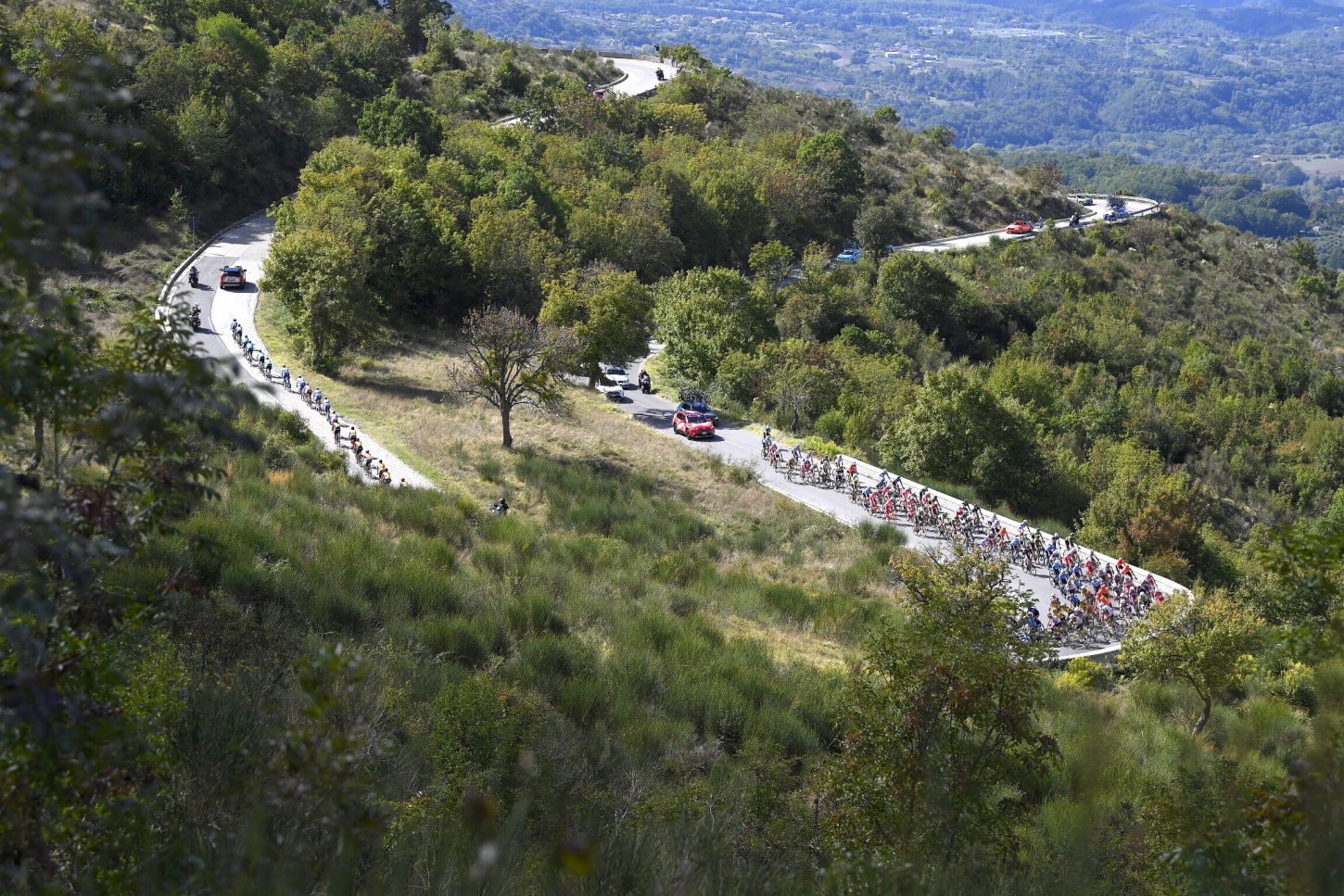 Arnaud Démare (Groupama-FDJ) claimed stage 6 of the Giro d’Italia today, surging clear of the lead group during the final uphill sprint in Matera ahead of Michael Matthews (Team Sunweb) and Fabio Felline (Astana).

The French rider appear to be boxed-in during the closing 500 meters, later finding an opening along the left-hand side of the road before launching his winning move.

Meanwhile, points classification leader, Peter Sagan (Bora-Hansgrohe), found himself swamped inside the lead group, missing out on the opportunity to contest the sprint, as well as relinquishing the points jersey to Démare.

Race leader, Joao Almeida (Deceuninck – Quick-Step), finished safely in the peloton to retain his 43-second lead over Pello Bilbao (Bahrain McLaren) at the top of the General Classification.

A steep ramp in the final couple of kilometers saw Démare drift back and seemingly out of contention, but the Groupama-FDJ rider  fought back before propelling himself out of the final bend to surge past all his rivals to seize the stage honors.

Today’s finish was not thought to suit the pure sprinters like Démare , with the likes of Elia Viviani (Cofidis) and Fernando Gaviria (UAE-Team Emirates) falling back as the road hit a double-digit gradient on the outskirts of the UNESCO World Heritage City.