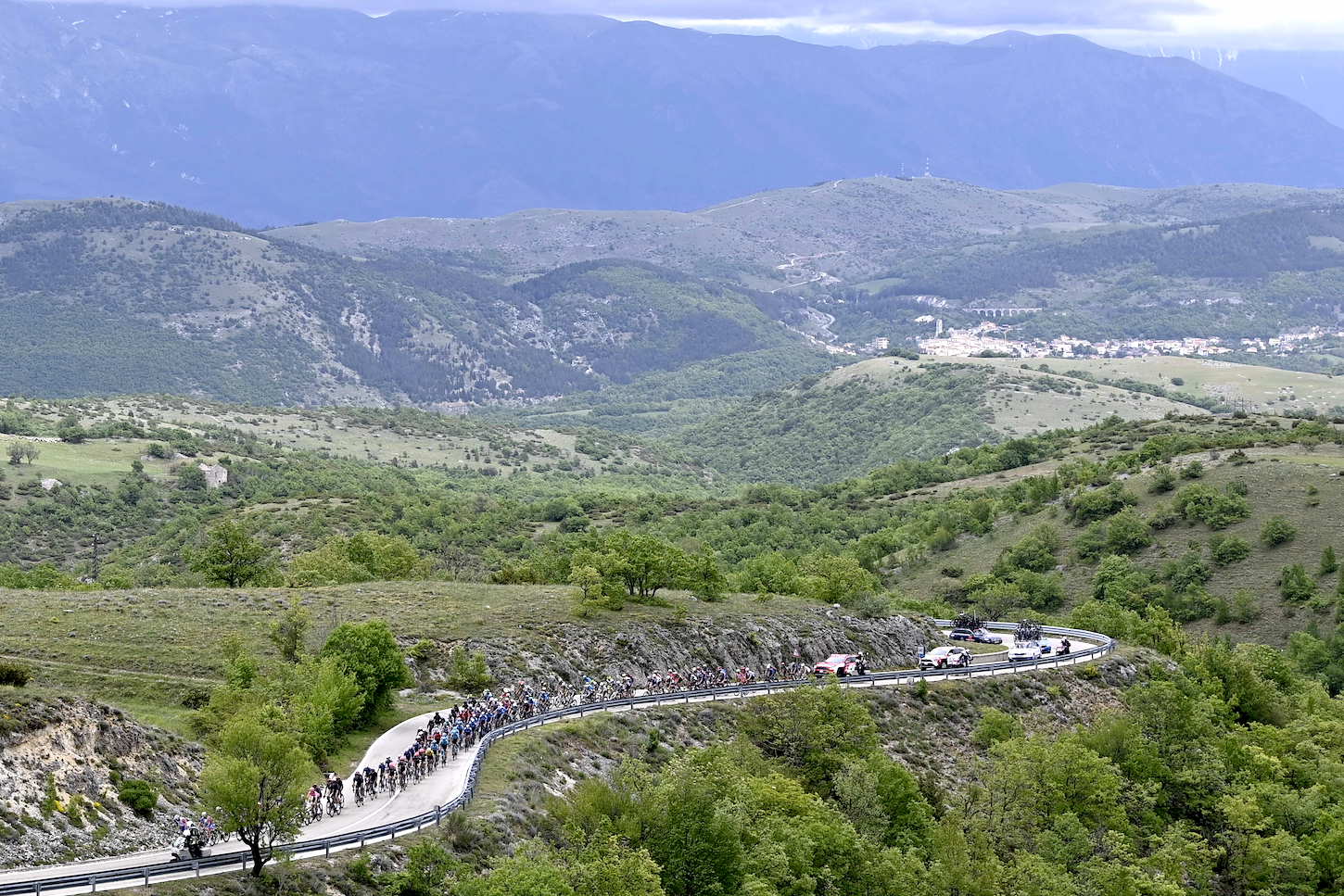 The former three-time World Champion took advantage of a lead-out from Gaviria’s teammate Juan Sebastián Molano during the closing 400 meters, coming around his Italian rival  after the final bend to seize the stage honors, while Davide Cimolai (Israel Start-Up Nation) rounded out the podium a few seconds back.

In the meantime, Egan Bernal (Ineos Grenadiers) finished safely in the peloton to retain the maglia rosa, though his lead has been reduced by one second to 14 seconds after Remco Evenepoel (Deceuninck-QuickStep) outpaced him in the second intermediate sprint of the day.

The stage started in the town of L’Aquila before taking on the hills of Abruzzo, Lazio and Umbria before finishing in Foligno some 139 kilometers later.

Between the peloton cutting into their lead, confounded by a railway crossing, the breakaway group conceded a minute to the chase.

Marengo was the first rider to get dropped from the group, while the remaining quartet held on until the base of the final climb of the Valico della Somma with 43 kilometers to go.

As the kilometers ticked away, Bora-Hansgrohe made its way to the front, along with other GC teams along the flat run-in to Foligno.

Gaviria latched onto Sagan’s wheel as the peloton reached the outskirts of Foigno, with Viviani and his lead-out Consonni next in line, while Cimolai was lurking behind his compatriot.

The likes of Astana-Premier Tech, DSM, and Deceuninck-QuickStep were all visible up front on the run-in. But, heading into the final two kilometers Bora-Hansgrohe were back in charge, delivering Sagan into perfect position to contend the sprint despite some late crashes during closing few hundred meters.