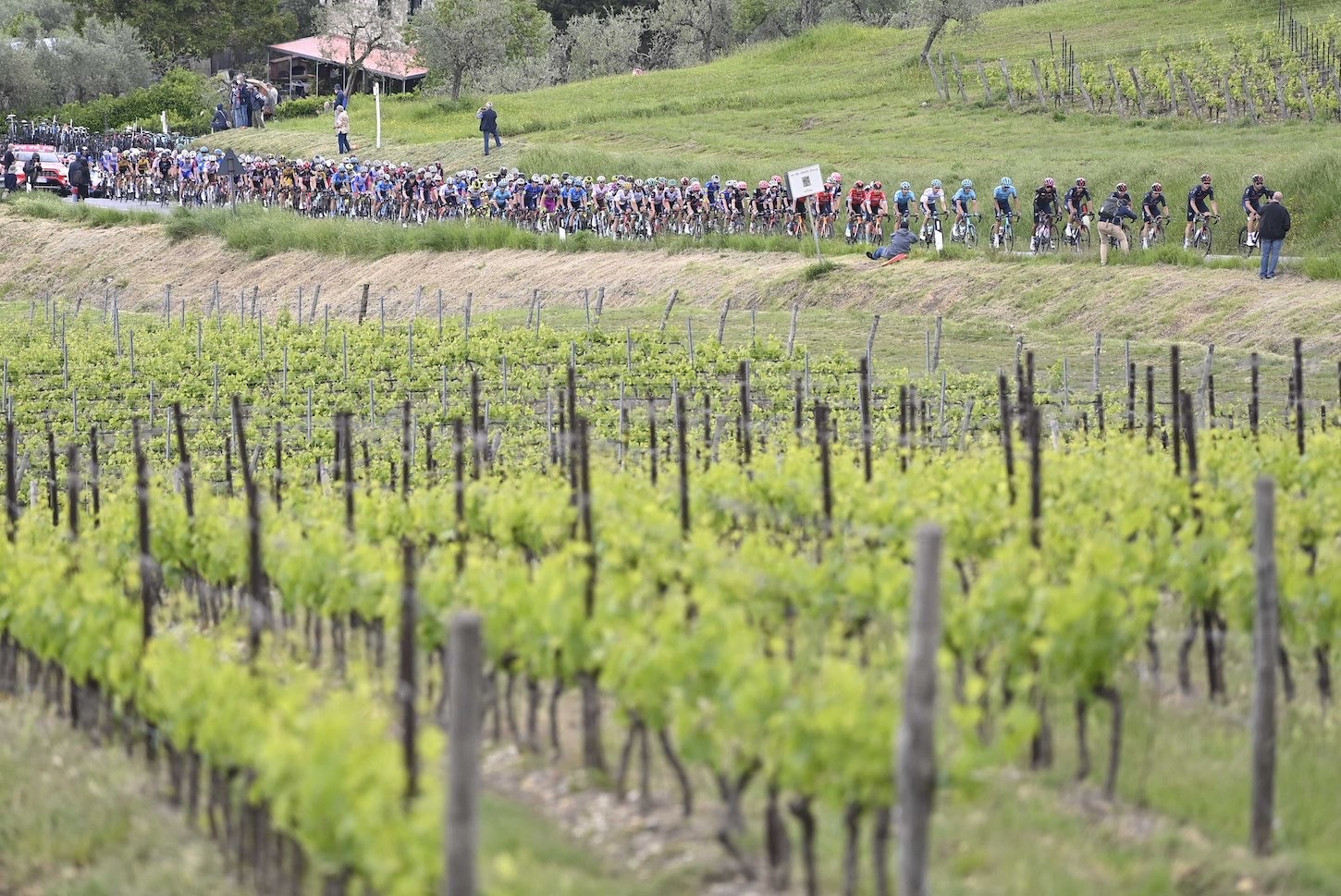 Meanwhile, Gianluca Brambilla (Trek-Segafredo) beat George Bennett (Jumbo-Visma) for third place, some 15 seconds down on Vendrame after the duo hesitated to respond to the attack.

In the meantime, Egan Bernal (Ineos Grenadiers) finished more than 10 minutes down on the leaders. But, it was enough for the Colombian rider to maintain his grip on the maglia rosa for another day.

Vincenzo Nibali initiated an attack from within the peloton over the top of the final climb, a move that was quickly marked Giulio Ciccone.

However, Ineos was keen to neutralize Nibali’s efforts in defense of Bernal’s pink jersey.

Still, the Italian rider pressed on alone along descent, later finishing seven seconds ahead of the peloton, and slightly reducing his deficit to Bernal down to 4:04 in the overall classification.