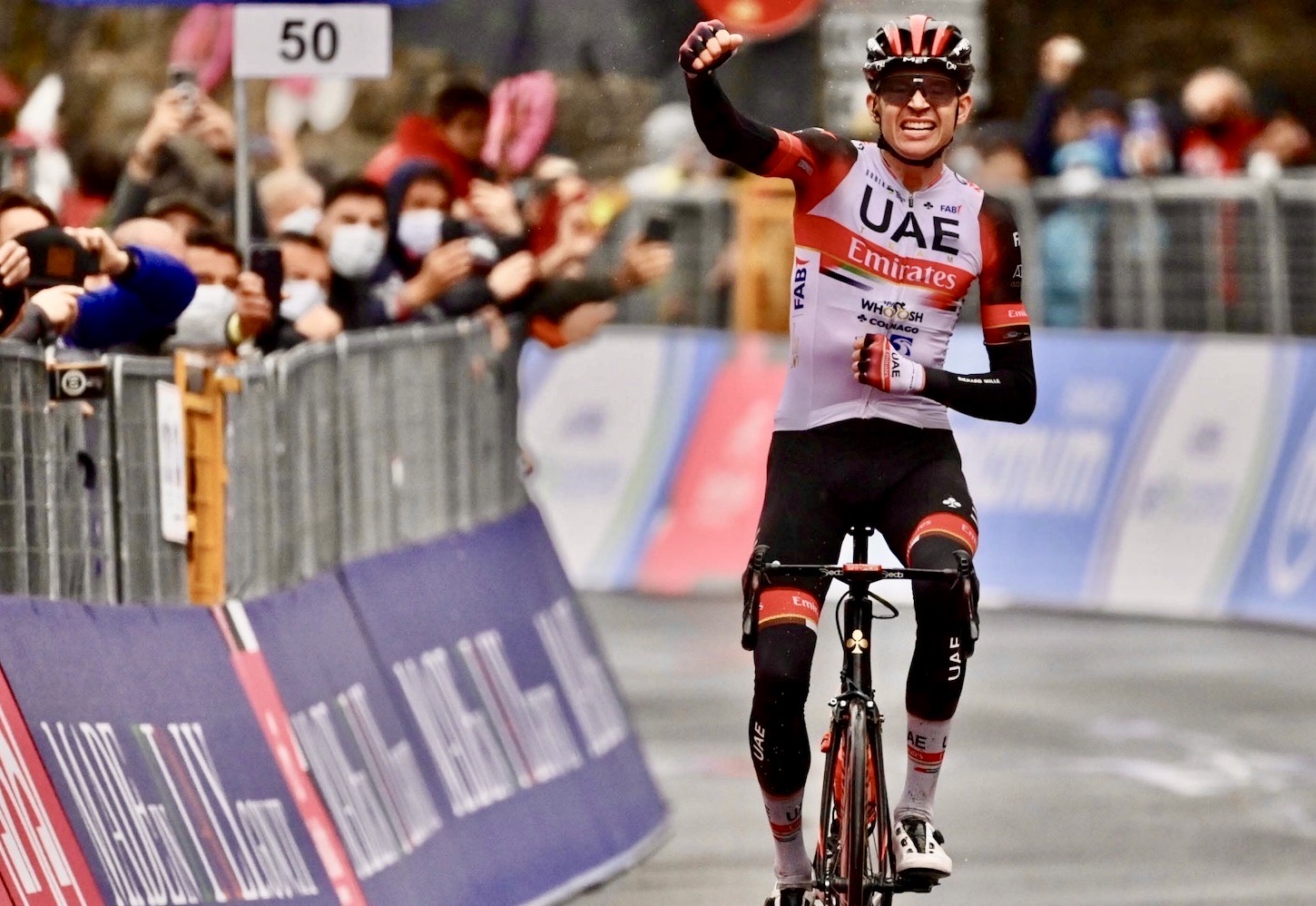 Joe Dombrowski (UAE Team Emirates) survived a rain-soaked day to claim stage 4 of the Giro d’Italia today, after the American rider dropped all of his rivals during the last kilometers of the final climb to seize a solo victory in Sestola.

Large group of 25 riders escaped the peloton during the opening kilometers of the stage, subsequently building up a sizable advantage of more than eight minutes.

During the descent to Colombaia sul Secchia, Quinten Hermans, Christopher Juul Jensen and Rein Taaramae jettisoned the breakaway group and set-off on their own.

With around 25 kilometers to go, Hermans was dropped from the small group of escapees. Meanwhile, back in the peloton it was clear that the maglia rosa was going to change hands as Filippo Ganna was left struggling behind.

On the last climb of the day, Alessandro De Marchi and Dombrowski managed to bridge their way the remaining two leaders.

It wasn’t long before Giulio Ciccone attacked from the peloton in pursuit of the leaders, a move that was quickly followed by Mikel Landa, Damiano Caruso (both Bahrain-Victorious), Egan Bernal (Ineos Grenadiers), Hugh Carthy (EF-Nippo) and Aleksandr Vlasov (Astana-Premier Tech).

However, there was no catching the duo, with Dombrowski crossing the finish line 13-seconds ahead of De Marchi, who’s second place finish was enough to wrest the maglia rosa from the shoulders of Ganna and put him in the overall lead, 22-seconds ahead of Dombrowski.