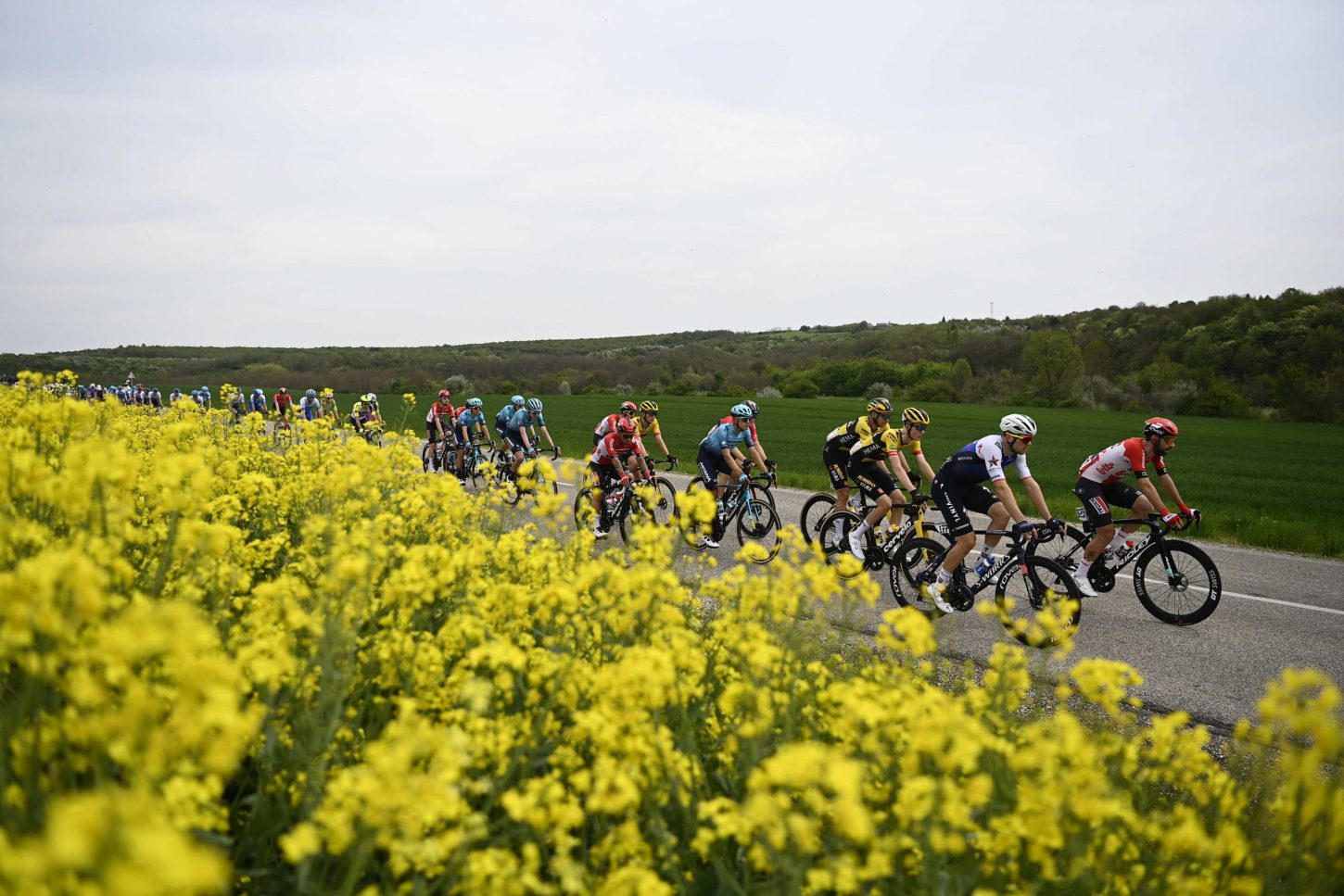 The Drone Hopper – Androni Giocatolli’s Davide Bais and Filippo Tagliani were the day’s early protagonists, remaining out front for most of the stage until they were reined in by the peloton with 13 kilometers to go.

From there, the peloton gradually ramped up the pace in preparation for the last climb, with several teams jockeying for position into Visegrád. But, a small crash briefly cast a pall over the field as tensions increased just before the final ascent.

Alpecin-Fenix and Lotto Soudal subsequently came to the fore, with Lawrence Naesen attacking during the final four kilometers, a move that was quickly countered by Lennard Kämna, putting the rest of the peloton under pressure as he proceeded to open up a slight advantage.

However, the German rider was soon reeled in, with Davide Formolo animating things during the last kilometer. But, the Italian rider was easily caught, as Caleb Ewan, Girmay and Van der Poel began to open up a long-range sprint.

For Ewan, the grueling ramps to the finish saw the Australian rider crash just before the line, allowing Van der Poel to come from behind to edge out Girmay for the stage honors, while Pello Bilbao (Bahrain Victorious) rounded out the podium ahead of Magnus Cort (EF Education-EasyPost) and Wilco Kelderman (Bora-Hansgrohe).