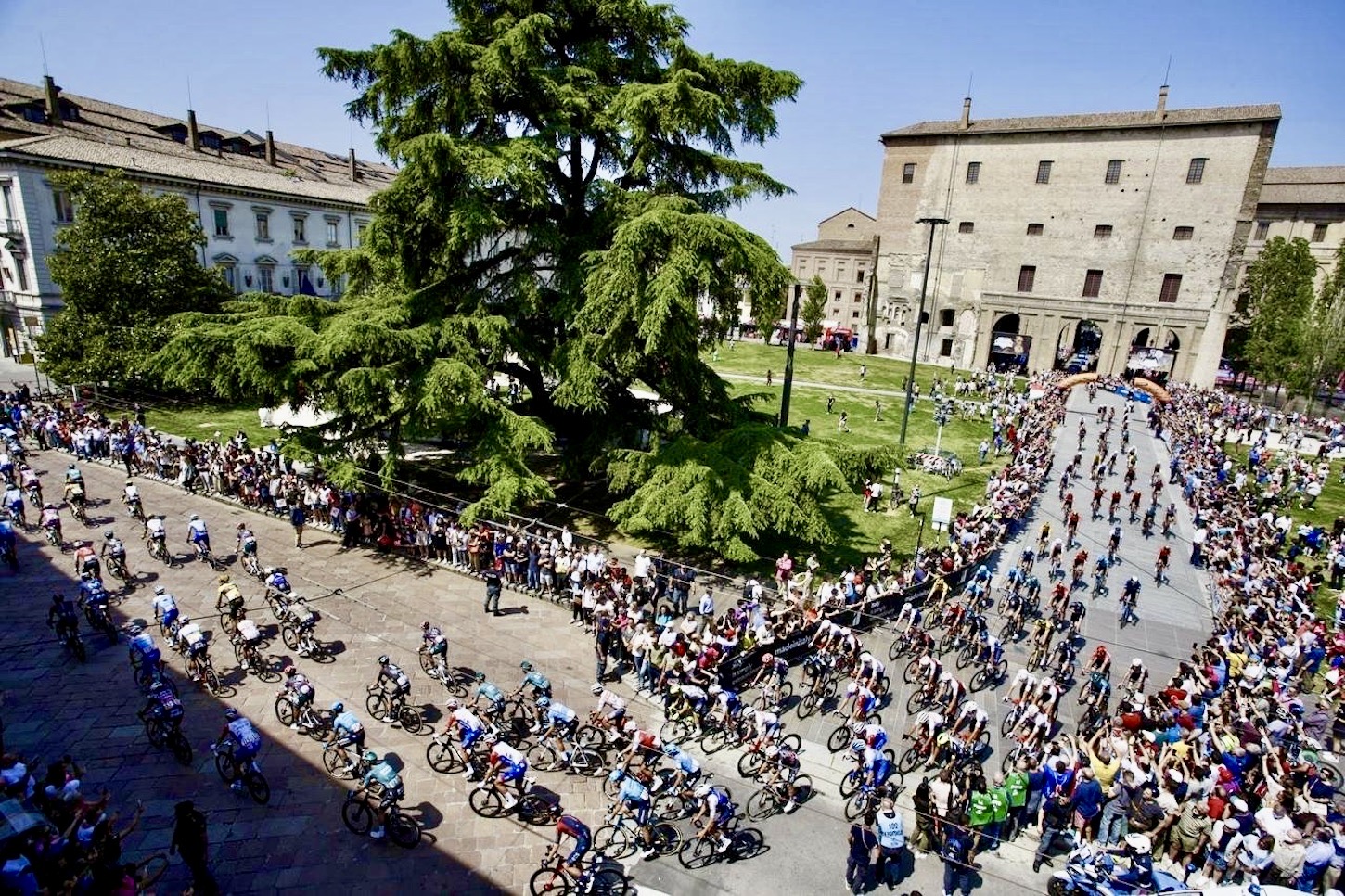 Stefano Oldani (Alpecin-Fenix) claimed stage 12 of the Giro d’Italia today, after the Italian rider emerged from a three-man breakaway group to win the sprint in Genoa.

Gijs Leemreize (Jumbo-Visma) was the first rider to open up his sprint, but the Dutchman was caught and overhauled by both Oldani and Lorenzo Rota (Intermarché-Wanty-Gobert Matériaux) in a battle for the line.

“It was not easy. I knew Rota, he’s my friend, I knew he was also fast so I had to watch out. For sure the other guy it was obvious he tried to anticipate. It was not so easy to manage but in the end I did it,” Oldani said.

“For sure [Mathieu van der Poel] is crucial. We knew already that if we were present with more than one in the break a lot of guys would be watching Mathieu and it was a good chance for the other guys. Today, we managed really well, we were the only team that had three. We did it.”

Meanwhile, Juan Pedro López (Trek-Segafreo) maintained his lead in the overall classification at 12 seconds ahead of Richard Carapaz (Ineos Grenadiers) and João Almeida (UAE Team Emirates), while Romain Bardet (Team DSM) is in fourth at 14 seconds back.

“Today was amazing in the first hour, I looked at my Wahoo and I thought this is impossible – maybe 53 or 54k in the first hour. Then the breakaway went and the team managed really well. I like the heat, but OK, we never decide the weather so we have to adapt. I also ride in the rain and cold days,” López said, who also commented on spending nine days in the leader’s jersey.

“For sure when I arrived here my objective was to try to win some stages but now I give one dream, nine days in maglia rosa was amazing.”

The three leaders were part of an original 20-plus rider breakaway group that formed after 60 kilometers of racing. But, an attack over the penultimate climb of the day, La Colletta, saw Rota, Oldani and Leemreize ride clear of the group, while some of their fellow escapees such as Bauke Mollema (Trek-Segafredo), Santiago Buitrago (Bahrain Victorious), Lukas Hamilton (BikeExchange) and Wilco Kelderman (Bora-Hansgrohe) tried in earnest to bridge their way to the trio.

However, they were unsuccessful in reining in Rota, Oldani and Leemreize, who held onto a steady advantage of around one minute as they made their way to the finish in Genoa.