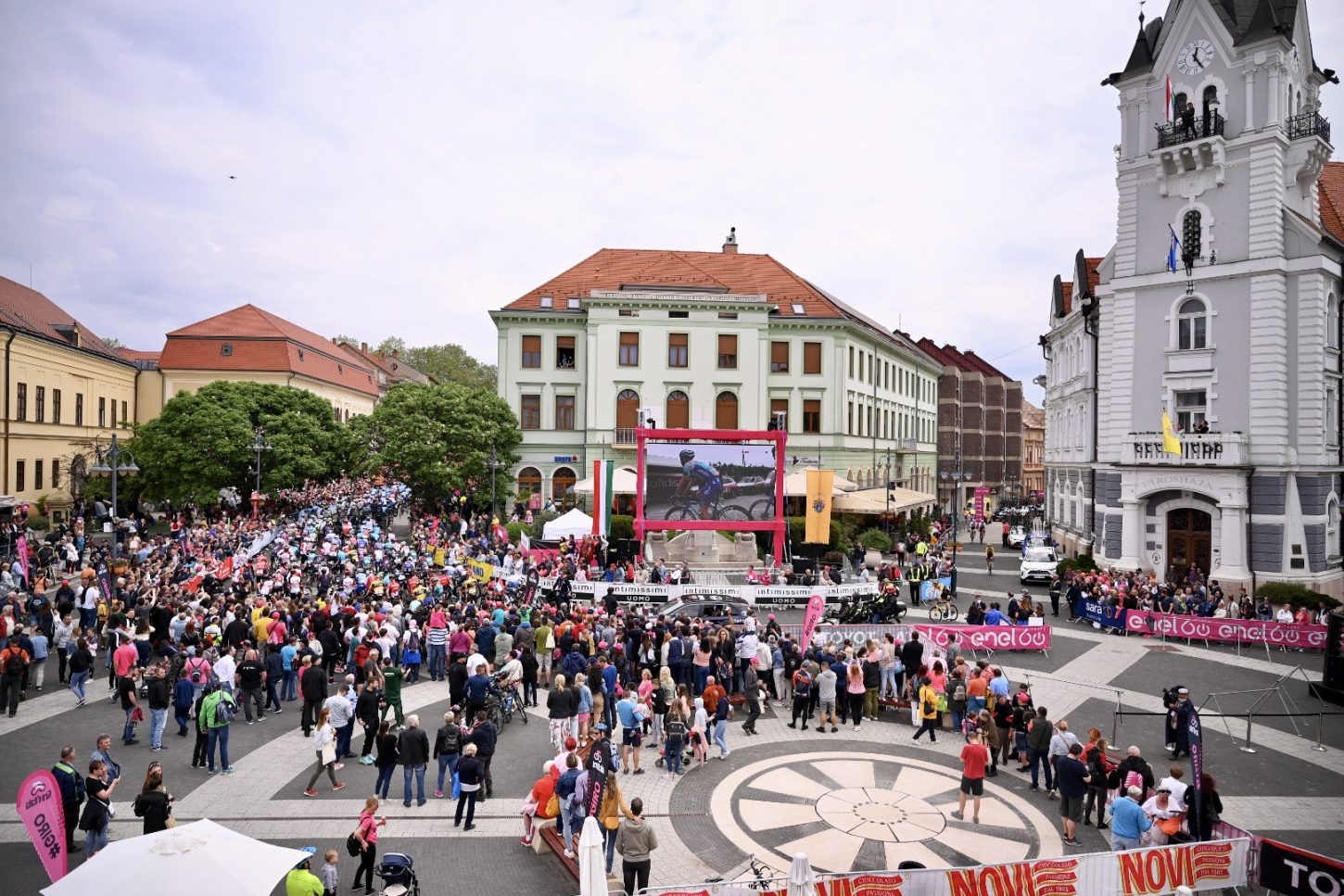 Drone Hopper – Androni Giocattoli’s Mattia Bais and Filippo Tagliani once again went on the attack today, taking Samuele Rivi (EOLO-Kometa) along with them.

From there, the trio remained out front for most of today’s flat 201 kilometer route from Kaposvár to Balatonfüred.

However, with a little over 40 kilometers to go, Tagliani decided to call it quits, leaving just Bais and Rivi out front.

But, the duo was eventually reined in by the peloton with 28 kilometers remaining, with Pascal Eenkhoorn and Rick Zabel animating things in an effort to secure the KOM jersey.

Shortly thereafter, Eenkhoorn decided to set-off on his own. But, the Dutch rider’s exploits were later brought to a close with 6 kilometers to go.

The race began shaping up for an inevitable sprint finale from there, with Quick-Step featuring prominently at the front during the final kilometer, ultimately delivering Cavendish into perfect position to open up an early sprint that would hold off any final challenges from Démare and Gaviria during the last few meters.

Meanwhile, Mathieu van der Poel (Alpecin-Fenix) held onto the maglia rosa as the overall leader after switching to a support role.

The Dutch rider was hoping to lead-out his teammate Jakub Mareczko, but the Italian rider of Polish descent found himself slightly out of position, resulting in a disappointing fifth place finish.