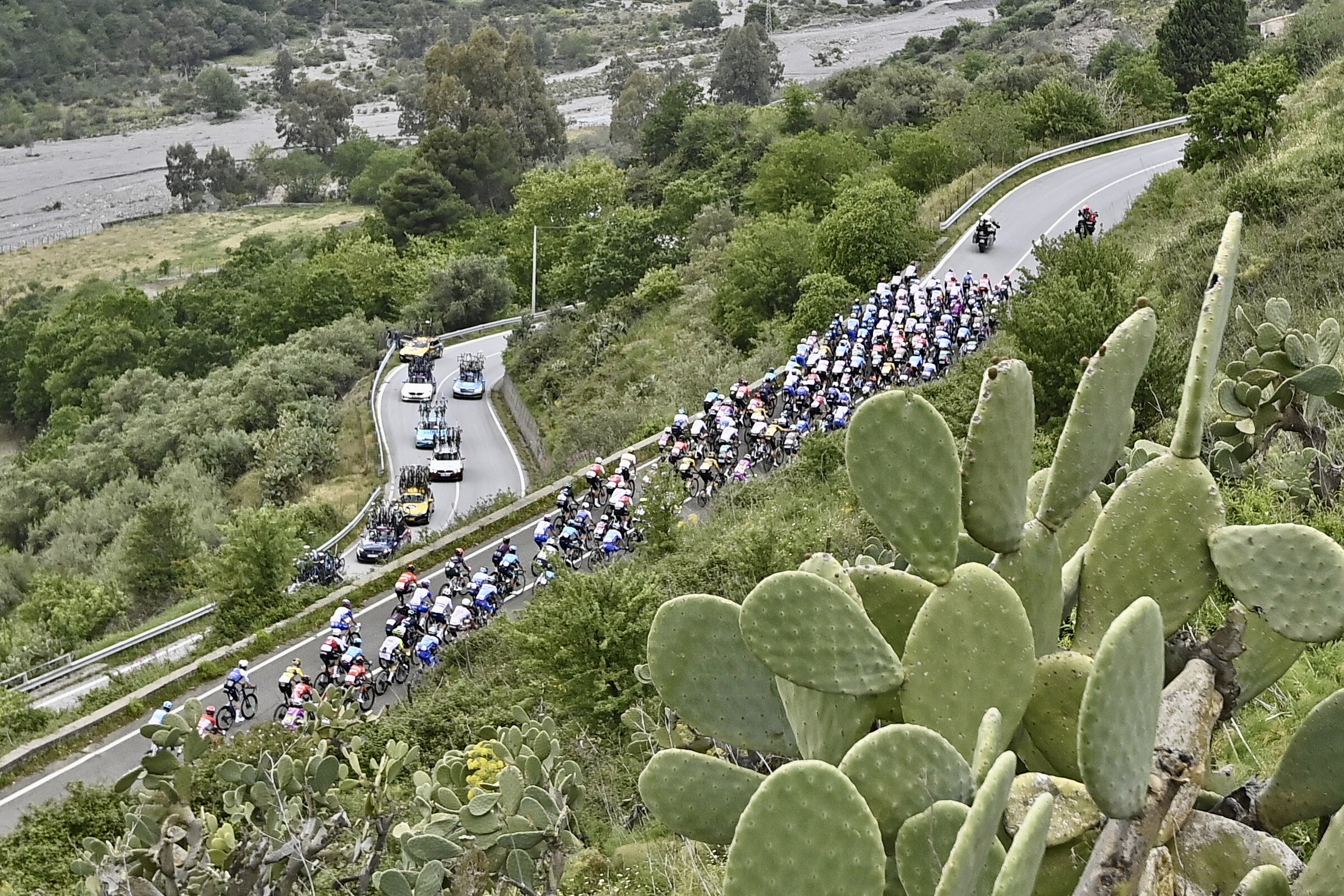 In the meantime, Mark Cavendish (QuickStep-AlphaVinyl) and Caleb Ewan (Lotto Soudal) fell out of contention, after the two sprinters were dropped along the climb of the Portella Mandrazi earlier in the stage.

In fact, Démare was also dropped on long, steady climb with more than 100 kilometers remaining, but the FDJ rider managed to regain contact on the descent, with his teammates later delivering him into perfect position to contest the sprint.

With Alpecin-Fenix and Intermarché – Wanty – Gobert Matériaux pushing the pace, the second category climb of the Portella Mandrazzi saw Cavendish, Ewan and Démare jettisoned out the back of the peloton, with the only the Frenchman managing to get back on terms during the descent.

After a brief lull in the peloton, the pace began ramping up in anticipation of a sprint finale. But, things became chaotic in the end, with teams failing to establish lead-outs for their respective sprinters.

However, with a couple of teammates still on hand, Démare capitalized on the confusion, launching from the slipstream of his fellow FDJ riders, Miles Scotson and Ramon Sinkeldam Sinkeldam, during the closing 800 meters to seize the stage honors.

Meanwhile, Juan Pedro López (Trek-Segafredo) finished safely in the peloton to continue his lead in the Giro with a 39-second advantage over Lennard Kämna (Bora-Hansgrohe), followed by Rein Taaramäe (Intermarché-Wanty-Gobert Matériaux) in third at 58-seconds behind.