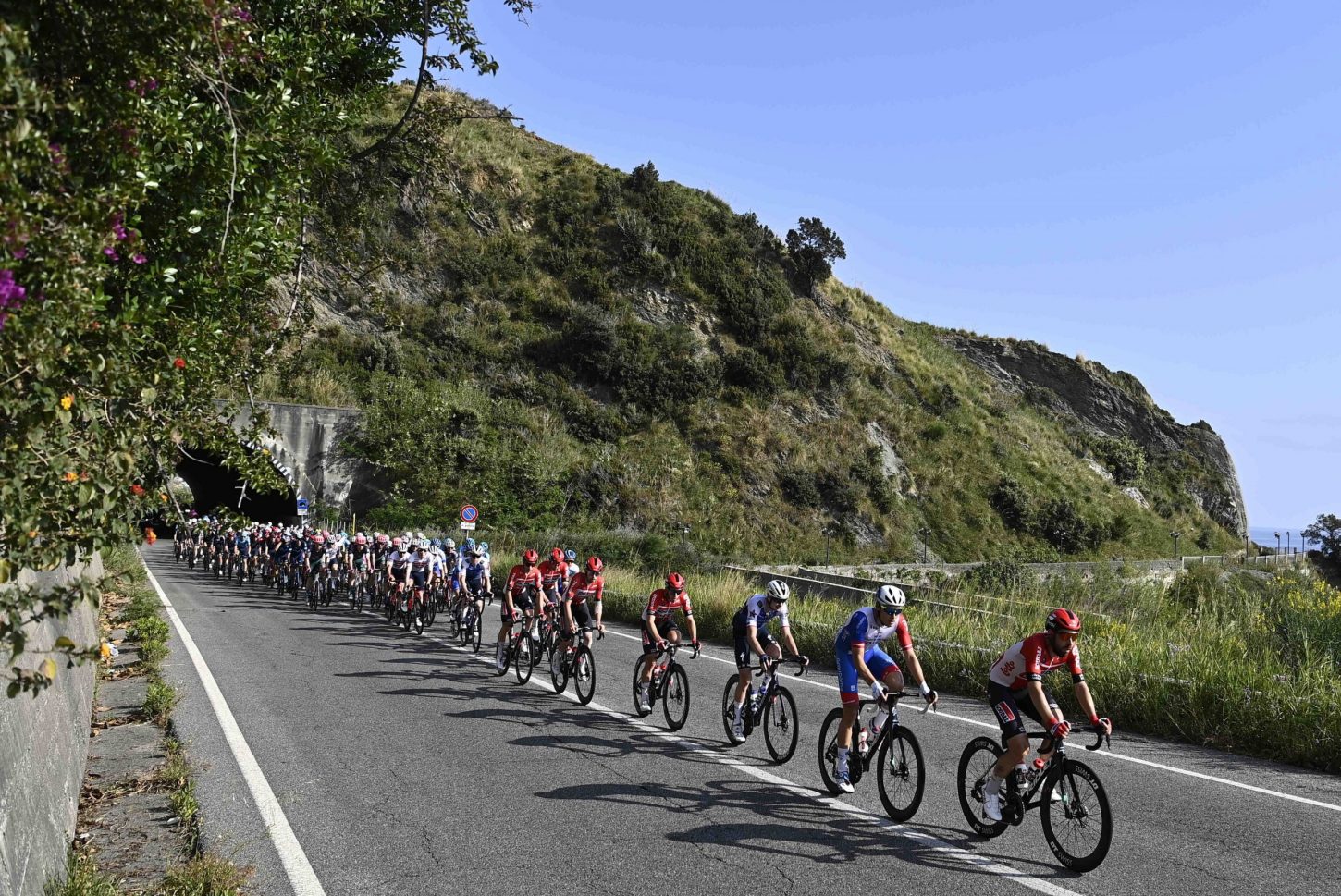 Arnaud Démare (Groupama-FDJ) made it back-to back victories in the Giro d’Italia today, after the French rider won stage 6 in Scalea, beating Caleb Ewan (Lotto Soudal) in a sprint finish mere by millimeters that prompted a photo finish.

Meanwhile, Mark Cavendish (QuickStep-AlphaVinyl) rounded out the podium, after he failed to get on terms with his two rivals during the closing meters.

The peloton showed little appetite to form a breakaway, once the flag went down for the mostly flat route up the west coast of Calabria. However, Diego Rosa (Eolo-Kometa) finally cast the die with what seemed like a vein attempt to ride clear.

Nevertheless, the Italian rider went on to establish a maximum lead of around five minutes, as the Lotto Soudal marshaled the peloton in his wake.

Lennard Kamna (Bora-Hansgrohe) led the chase over the early Cat.4 climb to consolidate his lead in the King of the Mountains jersey, following his triumph atop Mount Etna in stage 4.

This was followed by a brief cameo from a trio of Drone Hopper-Androni Giacattoli riders who zipped clear to help Filippo Tagliani extend his lead in the intermediate sprint competition, with Biniam Girmay (Intermarché-Wanty-Gobert) piping Démare to momentarily reduce his French rival’s lead in the battle for the maglia ciclamino.

Joining Tagliani were teammates Eduardo Sepulveda and Simone Ravanelli, with their foray only lasting another 10 kilometers before being reeled in by the peloton, leaving Rosa out front with a three-minute buffer until Lotto Soudal decided to up the tempo inside the final 50 kilometers.

Rosa went on to collect the three bonus seconds at the second intermediate sprint at Guardia Piemontese Marina, where Kamna decide to set out in pursuit of Tagliani to secure third place and the final bonus second – cutting his deficit to Lopez’s maglia rosa to 38 seconds on the eve of tomorrow’s very hilly stage to Potenza.

In the meantime, the curtains continued to fall for Rosa, whose lead steadily plummeted before being reined in.

With 15 kilometers to go, the Belgian squads, UAE Team Emirates and Groupama-FDJ all factored prominently at the head of the peloton. But, with 5 kilometers remaining, more teams joined the fray as the field sped toward Scale, with Ewan keenly marking Cavendish’s wheel.

Intermarché-Wanty-Gobert and Israel-Premier Tech took over heading into the final 2 kilometers, while Alpecin-Fenix was missing in action.

But, it was Groupama-FDJ that took over the mantle during the final kilometer, with Jacopo Guarnieri once again instrumental in delivering Démare victory.