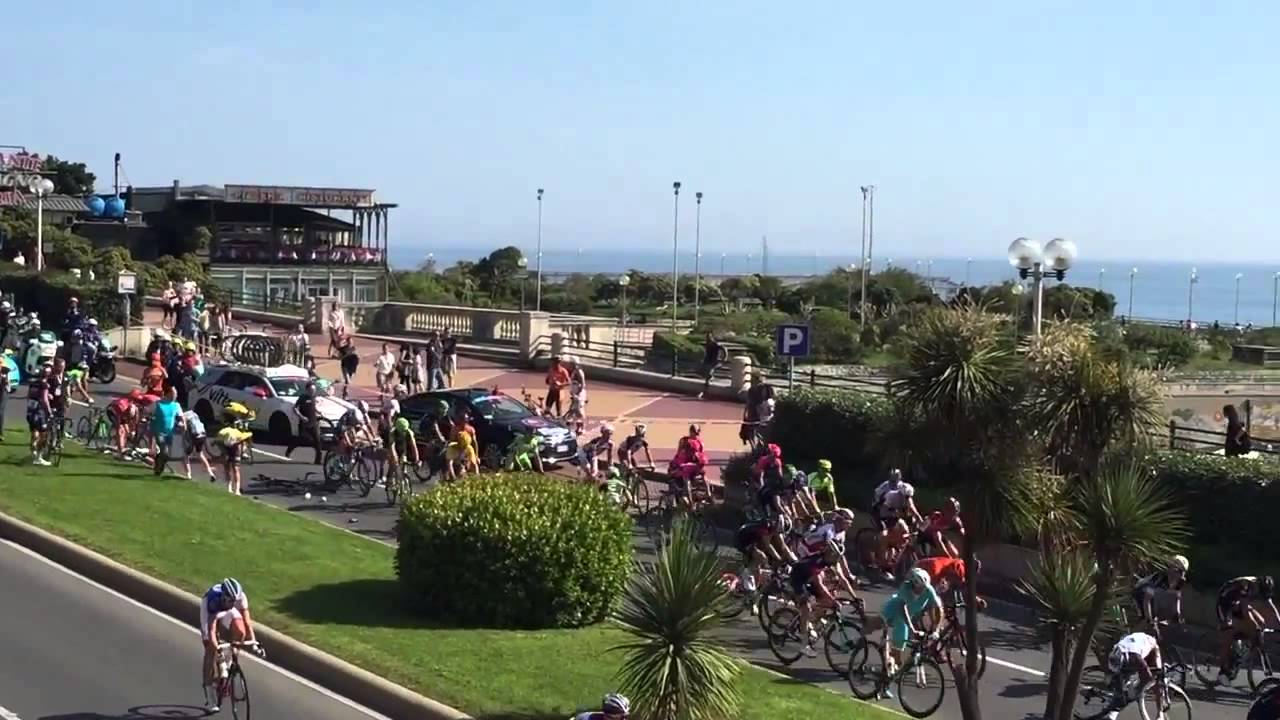 A spectator reportedly on a fixed-wheel bike tried to join the peloton during the second stage of the Giro D’Italia – causing a massive pile-up of riders.

With only 10km of the 177km stage to go, an amateur cyclist tried to join the peloton and can just about be seen emerging from a bush to take part.

Within moments, the idiotic cyclist had caused a serious crash, involving dozens of riders.

He said: “If I get hold of the d***head that had the bright idea of jumping into the peloton on a fixie with 10km to go, making us crash, I swear he’d be in for it.”