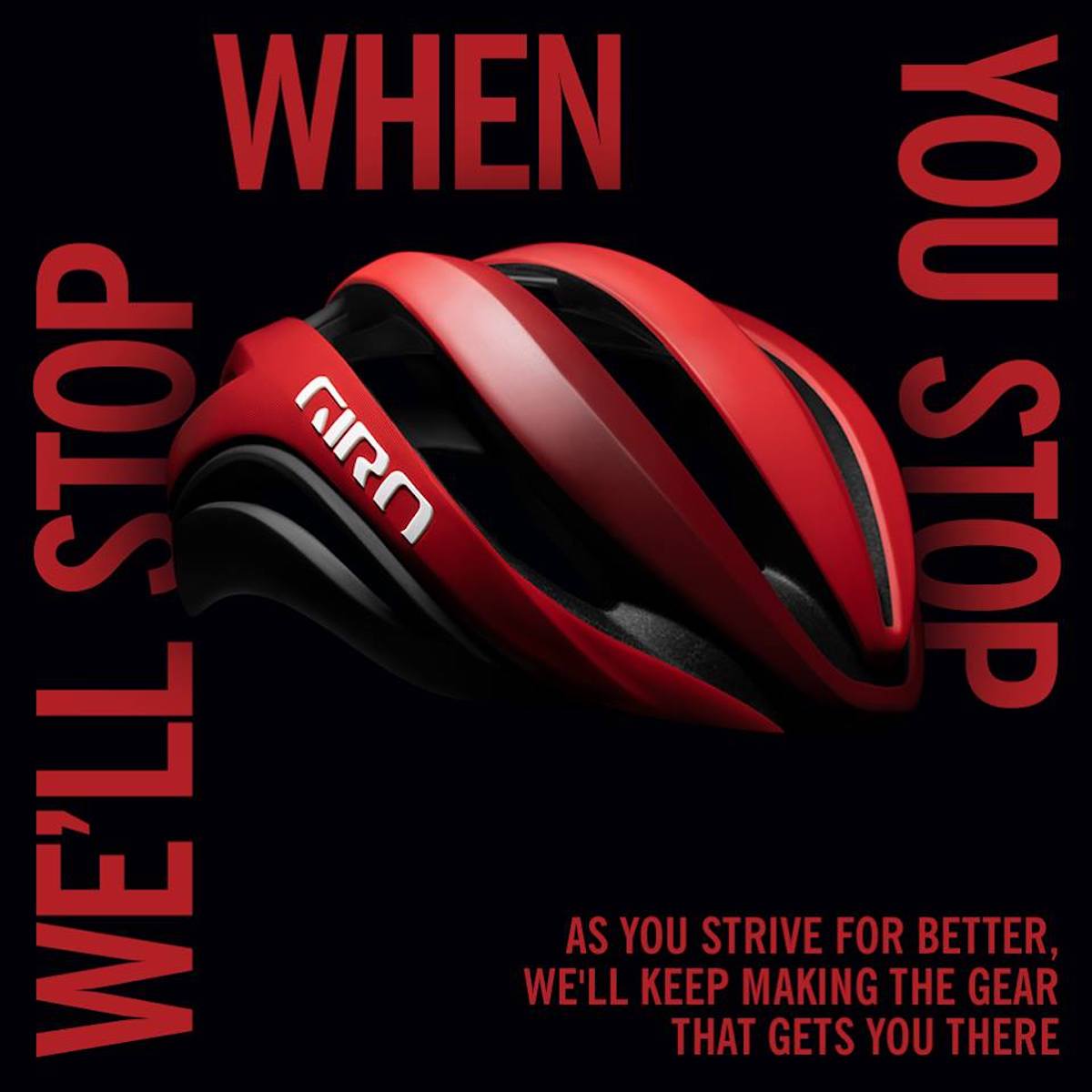 According to Giro, the new Aether was designed to, “advance the state of head protection while delivering comfort, low weight, and extreme ventilation needed for elite-level racing.”

Giro says, the Spherical technology was developed in partnership with MIPS, which is in keeping with all of the company’s MIPS designs, wherein the technology is aimed at allowing the head to move slightly inside the helmet in the event of a crash in order to reduce rotational impact on the brain.

However, instead of a liner being attached to the inside of the shell like other MIPS equipped helmets, Spherical features one foam shell inside another for Aether, along with a six-piece shell and a semi-transparent skeletal structure that Giro calls AURA.

In addition to better safety, Giro says ventilation has also been improved, surpassing its previous flagship helmet the Synthe MIPS, which demonstrated cooler temperatures by 2 degrees while tested in the company’s in-house wind tunnel.

Giro indicates that the European and North American markets will have slightly different models, based on their respective CE and CPSC safety requirements, while weight is quoted as being around 240g to 250g in a size medium.

The Aether will be available in nine styles beginning in August for $325.