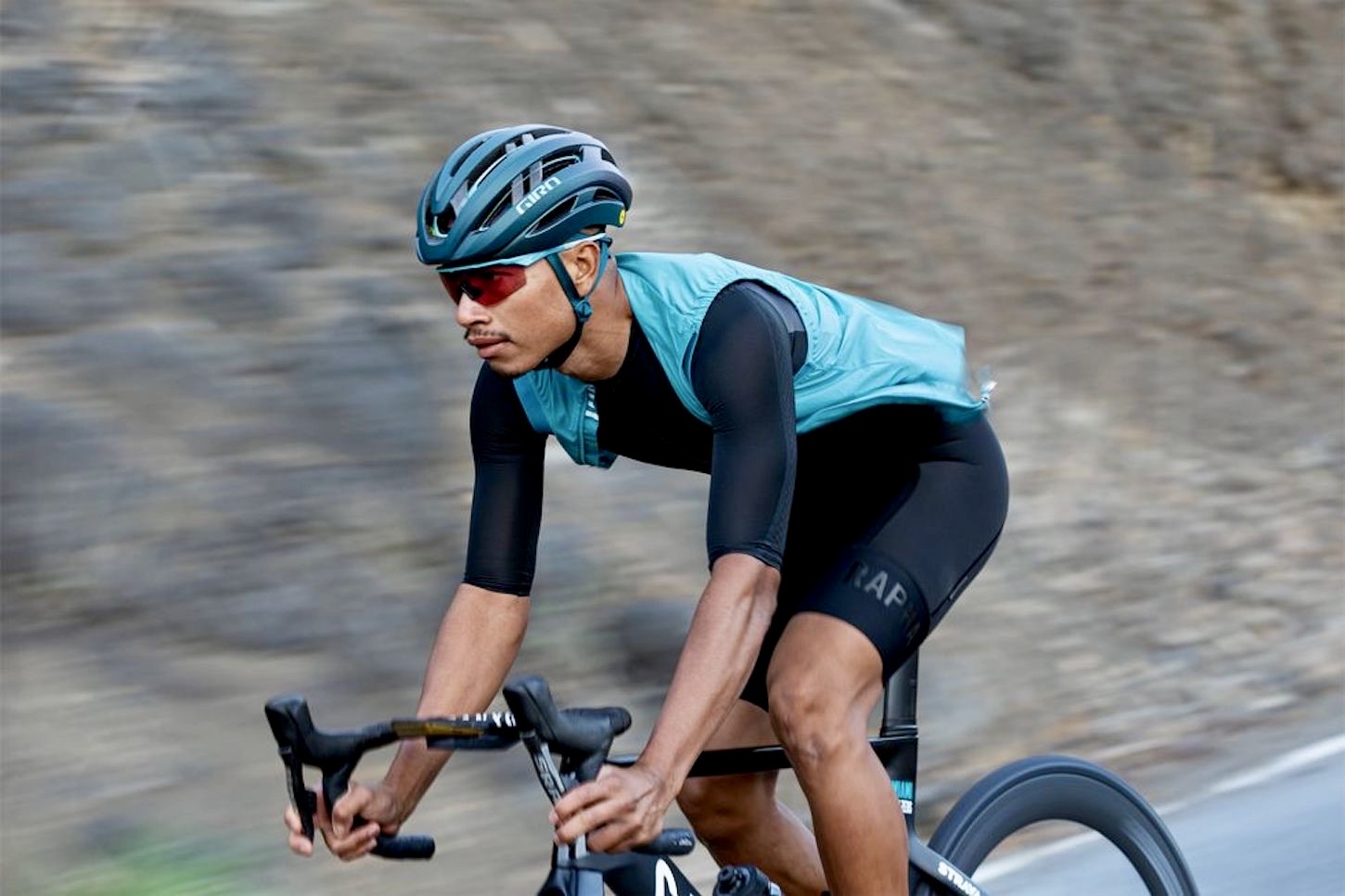 19 Jan 2023
By Gianni Pericolo - In LATEST ARTICLES, THE DOUBLE DIAMOND

Giro has launched its latest helmet called the Aries Spherical, touting it as the world’s lightest, coolest and most compact lid to feature Spherical technology.

Surpassing the benchmarks set by its previous flagship Aether helmet, Giro claims the Aries is 5% lighter, 4% more aerodynamic and offers 2% more cooling, while protection has also been bolstered thanks to the brand’s Spherical technology.

In fact, Giro says the new Aries now ranks number one for helmet safety according to testing conducted by Virginia Tech.

“A new high-end road helmet from Giro always is big news, but the Aries Spherical is like nothing before. We’ve been leading helmet science for almost 40 years, and it’s all led up to a helmet that virtually disappears when you start riding yet manages to receive the best score Virginia Tech has ever given in their rankings of which helmets best reduce the risk of injury,” boasts Peter Nicholson, Giro Brand Manager.

Like the Aether, the Aries also features Giro’s proprietary MIPS-derived Spherical technology, which comprises two separate parts that are connected via a ball-and-socket design. Dubbed Progressive Layering, the top layer is designed to protect against high-speed impact, while the lower is aimed at thwarting low-energy strikes courtesy of a material called Nanobead EPS.

Other features that punctuate the Aries include Giro’s AURA II Reinforcement Arch and a translucent, shatter-resistant support, which allowed engineers to strengthen the helmet’s structure without adding bulk.

Additionally, the Aries is equipped with a new DryCore brow pad that focuses on keeping sweat off the rider’s eyes and glasses.

All in, the helmet tips the scales at an impressive 265 grams.

The Aries Spherical sells $300, which is available in six colorways and three sizes (S, M and L).