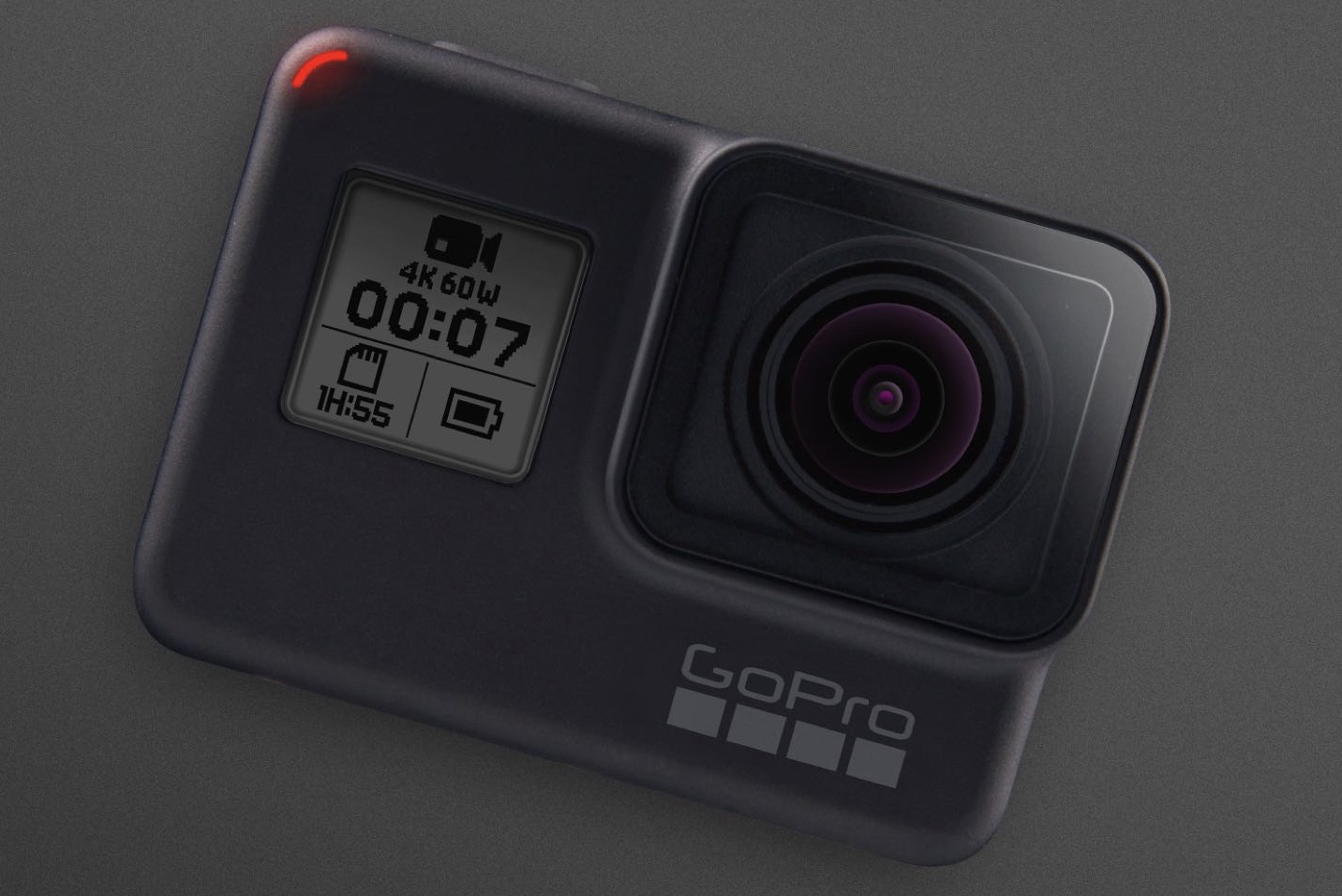 GoPro has unveiled its new HERO7 lineup, featuring three cameras—the HERO7 Black, HERO7 Silver, and HERO7 White. They’re different not only in color, but also function.More than once,

In the past, GoPro has released two versions of a HERO model, such as the HERO4 Black and HERO4 Silver. This time however, the company has introduced three versions of the HERO7, the  Black, Silver, and White.

The HERO7 Black is GoPro’s top-of-the-line model, representing the brand’s most advanced action camera to date.

“The HERO7 Black is sure to be the action camera of choice for professionals for a long while, at least until the next version comes out. Any Hollywood film or any TV show or commercial that uses action cameras to capture some of those hard-to-reach shots, as has been done on films such as Captain Phillips, starring Tom Hanks (with dozens of GoPros at the same time), will almost unquestionably use HERO7 Black models. The same goes for sports enthusiasts or anyone else looking for top image quality in an action camera”, says GoPro.

The HERO7 Black can records up to UHD 4K resolution video at 60 fps with sophisticated HyperSmooth digital image stabilization, which is a gimbal-like stabilization that feels out the user’s  movements and compensates for camera shake accordingly.

The maximum bitrate at 4K is 78 Mb/s. The camera also records 2.7K resolution at the high frame rate of 120 fps and Full HD 1080p at an even higher 240 fps for super-slow-motion playback. As far as audio, the HERO7 Black captures stereo and raw audio and supports an external microphone via an optional adapter for cleaner audio. The HERO7 Black offers an HDMI video output connector, allowing for a more complete professional workflow.

The HERO7 Silver and White aren’t designed for slow-motion capture and top out at 60 fps (in 1080p) as the highest frame rate. Basically, the HERO7 Black has 8x slow motion and the Silver and White 2x.

While the HERO7 Black and Silver have 4K capability, the HERO7 Black has a 12MP image sensor, whereas the HERO7 Silver contains a 10MP sensor. This means the HERO7 Black produces a sharper 4K image and shoots 12MP photos, in comparison to the latter’s 10MP photos. The HERO7 Black also supports raw photo capture. The battery on the HERO7 Black is removable, while in the other two models it’s built in. For professional applications, being able to switch in a new battery is a plus, eliminating recharging times.

The above are the main differences in terms of image and audio quality. But there are also many other features that these three advanced actions cameras share and many that only the HERO7 Black has.

All three cameras are waterproof down to 33 feet as they come, without a housing (a dive housing is available for the HERO7 Black). All three have a 2″ touchscreen with an intelligent feature called Touch Zoom that helps you frame your shots by touch. All three have the famed GoPro Voice Control, which allows you to talk to the camera with commands like, “GoPro, start recording.” All three shoot time-lapse video. All three have the QuikStories feature, which automatically transforms your footage into a fun video with music and effects, ready for sharing. Other than these, the HERO7 Black is loaded with many features that one would be hard-pressed to find anywhere else. A big one is live streaming. Another big one is Protune, which lets you access and manually adjust various professional settings, such as white balance and ISO limit, to give you optimal control over your image and achieve highly enhanced results. Others include TimeWarp video, advanced metadata, and SuperPhoto, which optimizes your photos with HDR, local tone mapping, and noise reduction.

The entire HERO7 lineup also has a vertical capture feature that allows for easier integration with social media. With all three models, you can turn the camera to the side and shoot photos in portrait orientation, and the photos can then be uploaded seamlessly to Snapchat, Instagram, and other destinations.

GoPro claims the HERO7 Black is “perhaps the most advanced, most sophisticated, and most full-featured action camera ever made—and it looks great, too. “

You can learn more about the new Hero7 models by visiting GoPro’s website here.