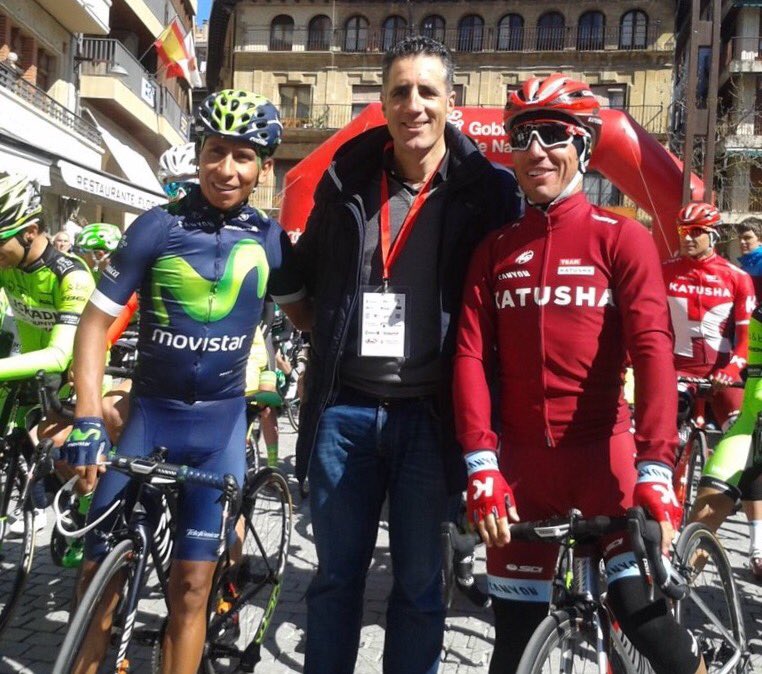 Meanwhile, Moren Moser (Cannonade) rounded out the podium, after finishing 14 seconds behind the leaders.

However, the peloton never allowed the escapees to build up an advantage that exceeded more than four minutes.

At one point, Nairo Quintana tore the peloton apart along the category 1 climb of the Alto de Guirguillano.

However, along the descent, Gorka Izagirre, Giovanni Visconti and Ion Izagirre made their way into the decisive 12-rider split, while a vigilant Moreno continued to chase in earnest.

The leading group was later shattered when Visconti attacked on the cat-2 climb of the Alto de Eraul, with only Henao and Izagirre able to follow.

From there, Visconti and Izagirre took turns attacking their Colombian rival before the final climb.

In was on the climb of the Puy that Henao proved to be no match for Izagirre’s speed, with the Spanish rider powering his way to the finish during the closing 100 meters.

Izagirre: “It was sensational, incredible. Winning is hard, and even more so here at home. It became even trickier early on when the group of 14 got away and we didn’t have a rider in it. The team reacted superbly. I’d put the win down to teamwork: everyone played their part. Soler and Betancur pushed from the very start; Nairo worked on the Gurguillano climb, and ‘Txutxi’ (Jesús Herrada) did his bit. The whole group rode brilliantly.

“In the end, there was a split with three Sky riders and three of us. Gorka left it all out on the road to protect the gap and Visco tried to surprise everyone with a move at the foot of Eraul. When Henao jumped across, I knew I had to stick on his wheel. That final spate of attacks left me with Henao, and I knew his explosive acceleration is perfect for that sort of finish, so I was a wary of his attacks. I saved energy for the end, and jumped after the final right turn, trying to give everything that my legs had left… and it was good enough to take the win.

“This win is the proof that we have worked well, done our homework, and in good form going into the Itzulia. Nairo is also in great shape. He has just won the Volta. I’m feeling good too, and, apart from the two of us, we have a great team, so let’s hope it goes well for us.”