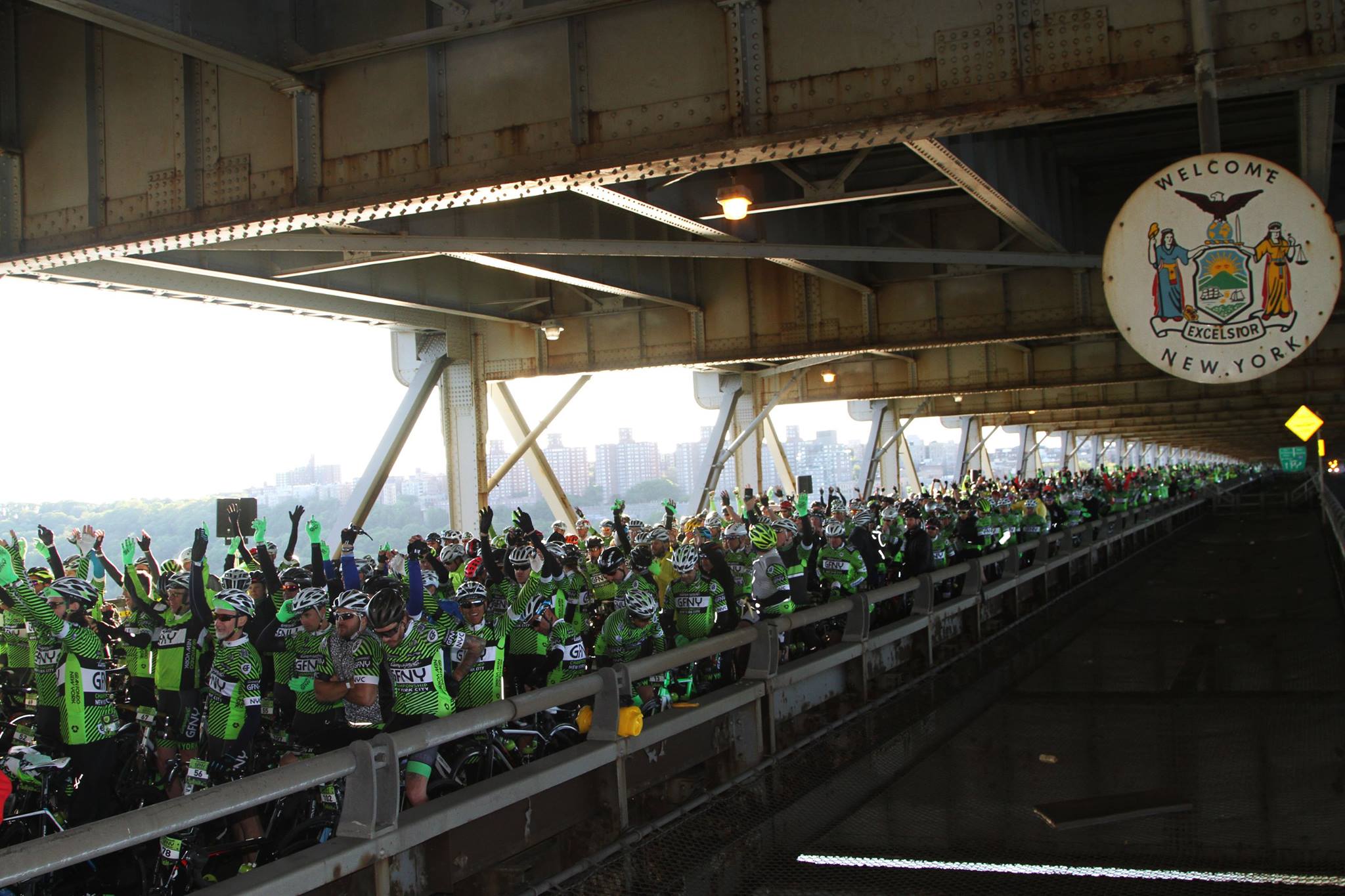 The 2016 Gran Fondo New York was to our knowledge the first of its kind at any mass participation cycling event. It was also the biggest by count ever in the world. In triathlon, it has been done for a few years now at the Hawaii race. Many cycling magazines run surveys among their readership but these are only as good as the answers and the people answering surveys. A bike count is unbiased.

We decided to do it to get a better idea what gear our riders are using and to see trends over the years.

GFNY is world’s most international cycling event with athletes representing 93 countries in 2016.

In 2016, 40.5% of the riders came from the US. The next largest country was Brazil with 702 riders, which is 14.5% of the peloton. This makes GFNY the third largest Brazilian granfondo.

19% of the riders are women. This is a good number compared to European events where numbers are in the low single digits. But it’s not (yet) equality like it is in running.

The rather big discrepancy between registered riders and starters has two reasons. First and foremost, there is up to a full year between a rider’s registration and the race, which means a lot can happen that prevents a rider from competing. Second, the time cut off for making the start line is a full 45min. before the start. Some riders ignore the warnings and choose to show up too late to the start to be allowed on George Washington Bridge. They can still participate in the event by crossing the bridge on the bike path. However, doing so, they miss out on crossing the timing mat at the start, which means they are not official finishers.

Riders registered for GFNY100 have the option to quit at Bear Mountain and be considered a GFNY Bear finisher. In 2016, conditions were unseasonably cool with temperatures in the upper 40s at Bear Mountain. While these are generally good racing conditions, some riders, particularly those coming from warm climates in South America, were not prepared. More riders than usual took this option.

The vast majority rides and races GFNY on their own road bikes. Many riders are on World Tour-worthy material. Almost all bikes would have been adequate to win the Tour de France 10 years ago.

There are a few factors to consider that marginally skew the data.

An estimated number of 150 riders is renting a bike for GFNY because traveling with a bike can be burdensome. GFNY sponsor Spinlister facilitated close to 100 bikes this year by hooking up GFNY riders with locals who have a bike for rent. Additionally, various bike shops rent out bikes.

GFNY is open to professionals/elites so some riders are on sponsored bikes.

De Rosa is the official bike and Campagnolo the official component of GFNY. Both equip the GFNY ambassadors with their material. Six of those bikes were at GFNY.

HOW THE COUNT WAS DONE

Queing for the GFNY security check

At the Hawaii triathlon, the bike count is done during the “bike check-in” the day before the race, which stretches over many hours. There is plenty of time to register the gear of the athletes.

At GFNY, four bike experts conducted the count at the entrance to George Washington Bridge, just after the security checkpoint. 4,000+ bikes had to be categorized within two hours while the majority of bikes was passing by in less than 30 minutes. Hence, a few bikes were missed but it was few enough to not skew the data too much. We counted a total of 3,877 bikes.

Three of the experts captured the frame brand and one was focusing on components.

We considered counting wheels as well but realized that we would have needed a much larger crew and different set-up to succeed at that. It’s a project for 2017.

Shimano, Campagnolo, SRAM and other divided the components. We determined the brake levers as the distinguishing factor. There are obviously component mixes but categorizing all of them is next to impossible.

“Others” is not shown in the chart because it accounted for less than 0.1%.

The frames were counted by a list of the 24 most popular brands. Everything else was listed as “other”.

Unsurprisingly, Shimano dominated the component sector. SRAM follows as a distant second. Its popularity is no surprise in a race where 40% of the riders are American. Campagnolo ends up third but definitely a stronger third than many would expect. GFNY riders are very particular about their gear and few ride OEM bikes that are more likely equipped with Shimano and SRAM.

Also unsurprisingly, the “big 3″ take the frame category. Specialized, Trek and Cannondale dominate the US market and with 40% of the GFNY riders being American, they dominate GFNY as well and represent 37% of the frames chosen for GFNY.

The interesting numbers, however, follow immediately after. High-end brands Cervelo and Pinarello take the next two spots, topping big companies like Giant, Scott and BMC, with the latter barely making the top 10.

German online retailer Canyon lands the 7th place despite not being available yet in the US (said to be available later this year). It doesn’t matter, however, because GFNY is a very international race.

After that, things get a little more niche: Fuji and Jamis would likely do better at less intense events given their strength in the low and mid price range. Look, Orbea, Focus and Storck are decently represented thanks to the Euopean riders, while Litespeed, Montecci and Parlee are very US-centric brands.