Haida Dwaii – Cycling the Edge of the World 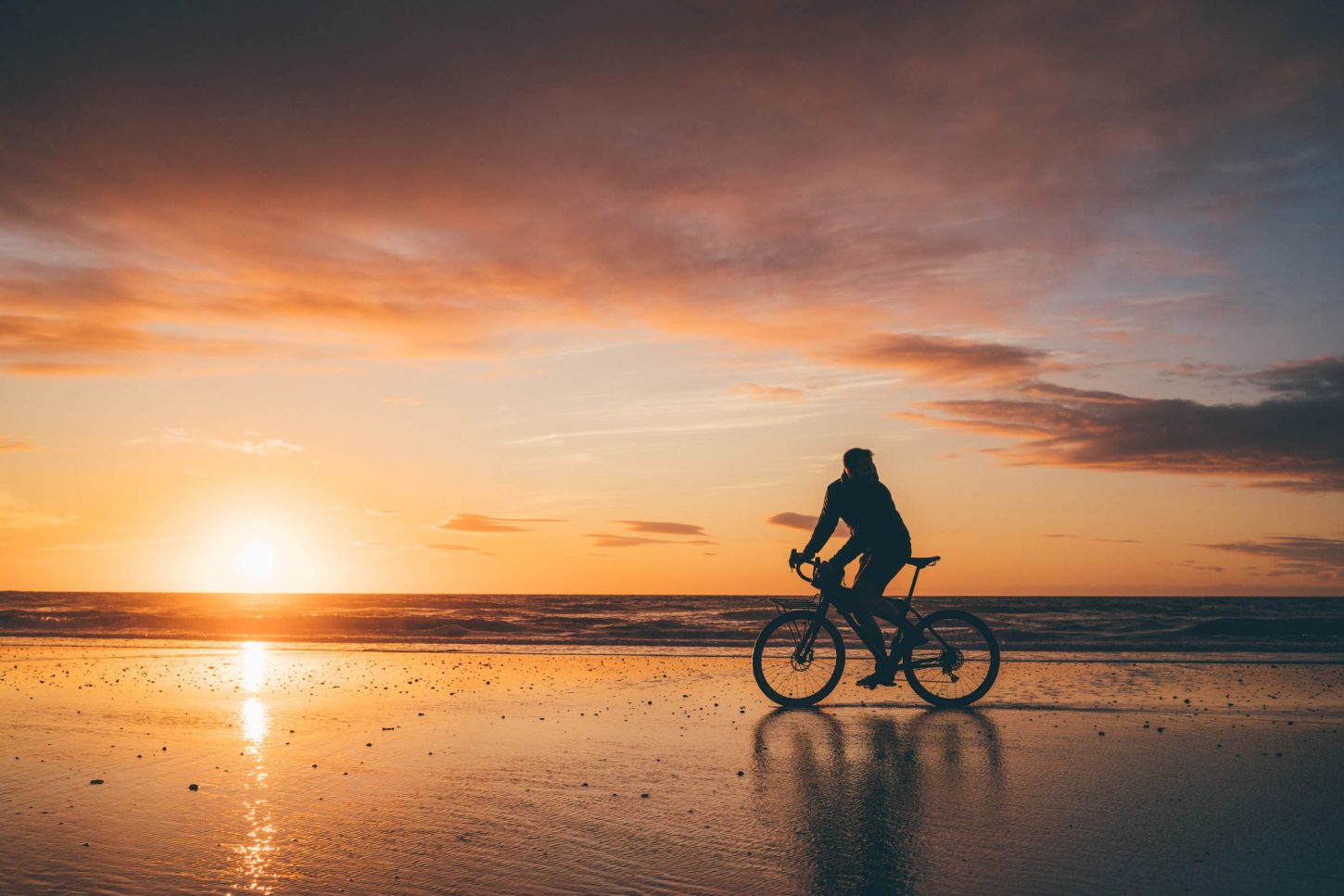 The archipelago of Haida Gwaii, off the northern Pacific Coast of British Columbia, is an outdoor enthusiast’s paradise. Photographer Benjamin Johnson captured the essence of what Haida Gwaii has to offer, from lush rainforests to ancient Haida villages.

Have you ever planned a trip only to find that once you arrive at your destination, your original plans were average at best; not because they were terrible ideas on their own, but because the place offers you an experience beyond your wildest dreams? Our two-week bikepacking tour of Haida Gwaii was one of those trips. When seasoned travellers Adam, Frankie, and I ventured to this remote island last summer, it didn’t take long for us to feel a part of it. Much like the area’s moss that engulfs all that lies in its path, we felt overtaken by our surroundings. Rather than fighting its pull, we surrendered our original plans and submitted ourselves to the land: the rhythm of the tide, the direction of the wind, and the ways of its people.

The prep for this trip started like so many before it. We’d previously really only taken Adam and Frankie’s tandem bicycle, Betsy, as far as the brewery and back. So, we scrambled to acquire parts that would ensure she could withstand all that Haida Gwaii would throw at her. After some great finds at the shop, one quill adapter, and lots of elbow grease, we successfully converted Betsy from a long-retired pack mule to a robust(ish) transporting machine. She was ready to roll, and with my Giant tethered to the back of the truck, so were we.

After a last-minute trip to Bulk Barn for a healthy supply of Sour Patch Kids, we were off. Adam said the words we’d all been dying to say, “Hey Siri, take me to Haida Gwaii.” “Okay Adam,” Siri replied, “It will take one day to drive to Haida Gwaii. You are on the fastest route.” We arranged ourselves for maximum comfort and settled into the audio version of The Golden Spruce by John Vaillant. His words are popular with many first-time Haida Gwaii travellers. We listened intently as he spoke of the island’s history.

You can read on from here.