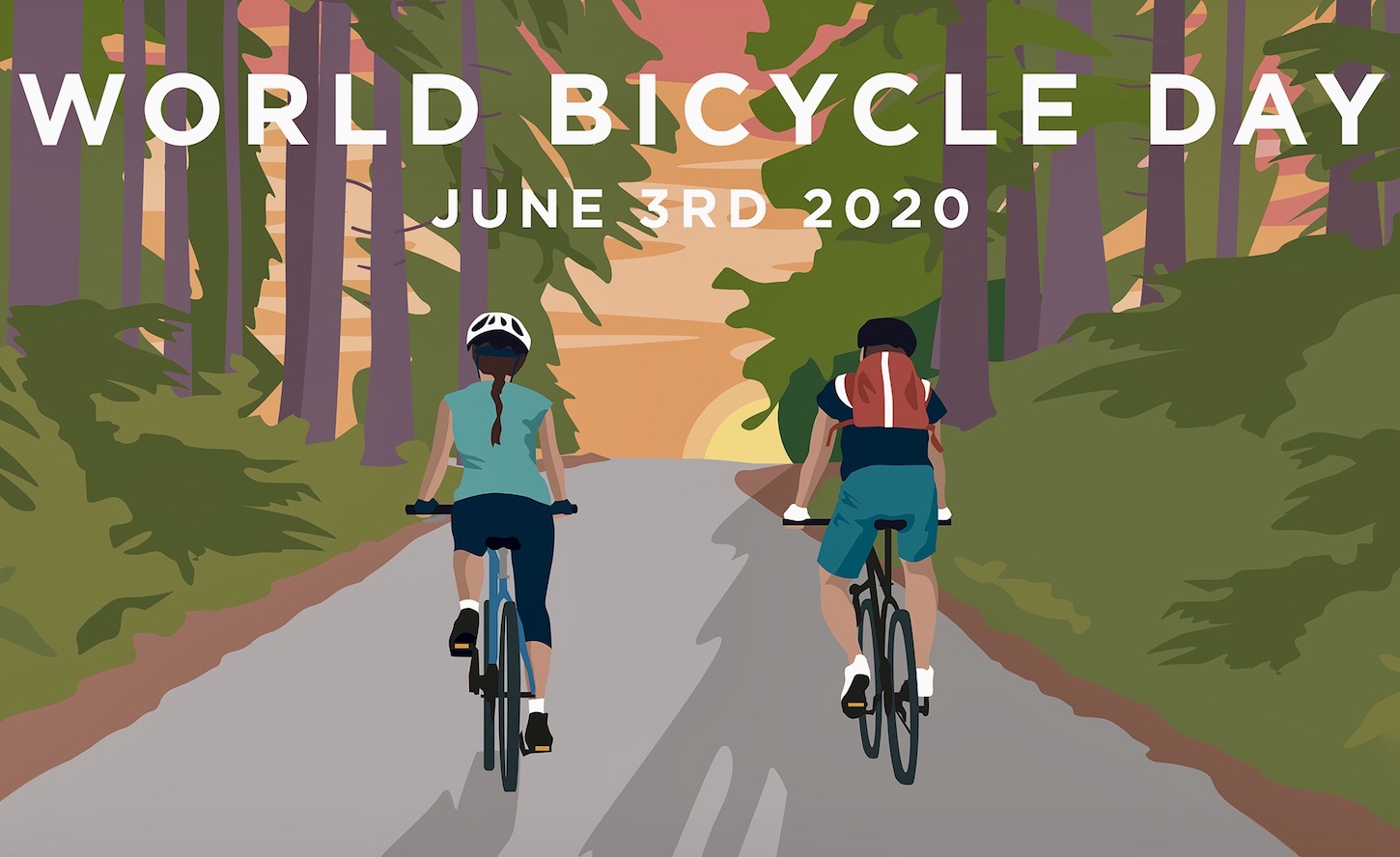 So, what is World Bicycle Day, and how did the celebration first begin?

World Bicycle Day is a global holiday meant to be enjoyed by all people regardless of any characteristic. The bicycle as a symbol of human progress and advancement “[promotes] tolerance, mutual understanding and respect and [facilitates] social inclusion and a culture of peace.” The bicycle further is a “symbol of sustainable transport and conveys a positive message to foster sustainable consumption and production, and has a positive impact on climate.”

Professor Leszek Sibilski from the United States was the first to lead a grassroots campaign with his Sociology class to promote a UN Resolution for World Bicycle Day, eventually gaining the support of Turkmenistan and 56 other countries.

The original UN Blue and White #June3WorldBicycleDay logo was designed by Isaac Feld and the accompanying animation was done by Professor John E. Swanson. It depicts bicyclists of various types riding around the globe. At the bottom of the logo is the hashtag #June3WorldBicycleDay. The main message is to show that the bicycle belongs to and serves all of humanity.

The current blue and white #WorldBicycleDay logo again was designed by Isaac Feld and the accompanying animation was done by Professor John E. Swanson.

In April 2018, the United Nations General Assembly declared June 3 as International World Bicycle Day. The resolution for World Bicycle Day recognizes “the uniqueness, longevity and versatility of the Bicycle, which has been in use for two centuries, and that it is a simple, affordable, reliable, clean and environmentally fit sustainable means of transport.”