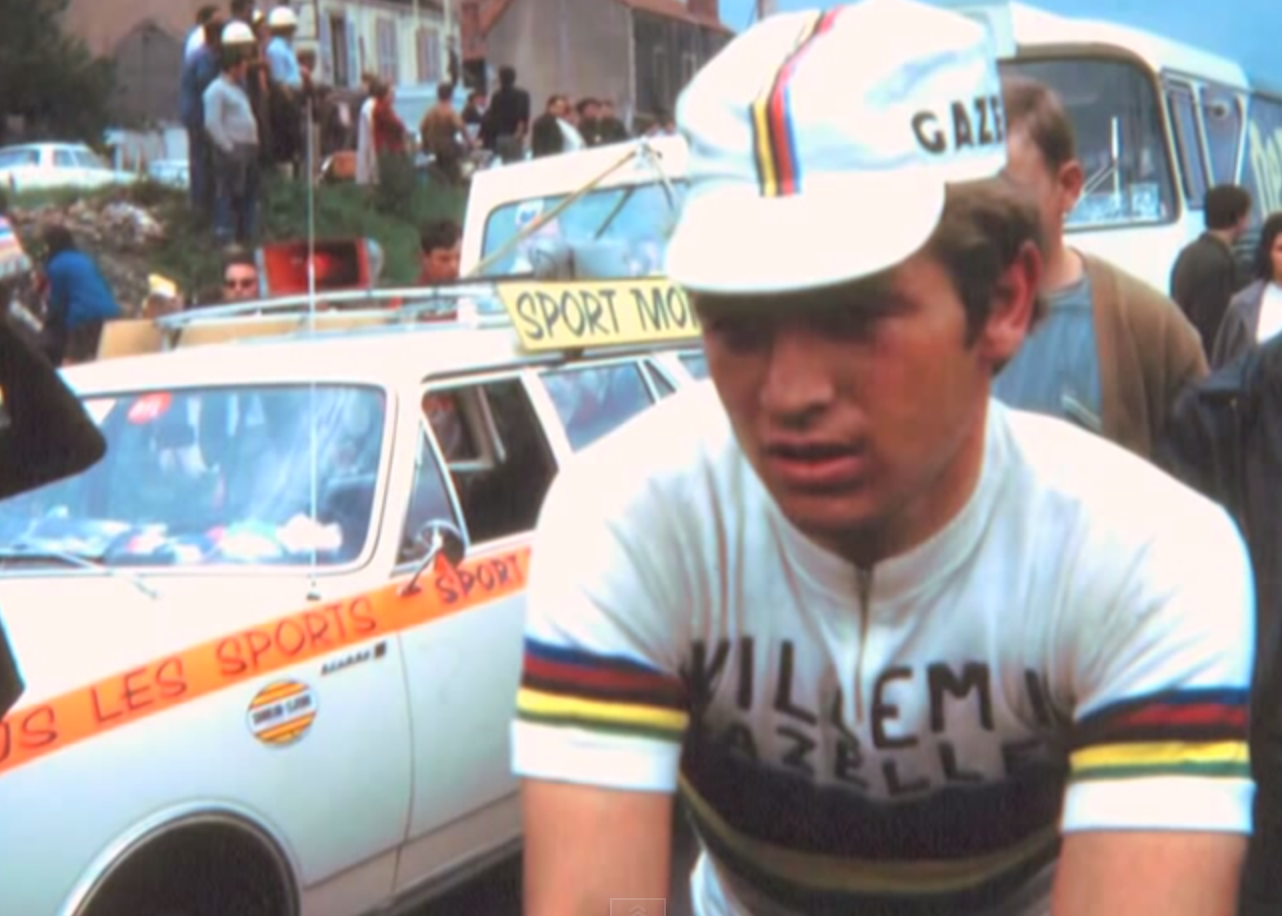 A belated happy birthday to Harm Ottenbros, who was born on June 27, 1943.

The Dutch rider is best known for winning the gold medal and rainbow jersey at the 1969 world cycling championship road race in Zolder, Belgium.

The relatively unknown Ottenbros, managed to edge out Julien Stevens of Belgium by a few centimetres to claim the victory.

In addition, Ottenbros accumulated a handful of stage victories in the Tour de Suisse, Tour de Belgium and the Tour de Luxembourg.

However, after winning the World Championship, the world of cycling turned on Ottenbros.

Some say they felt, that the unknown rider had no right to cycling’s biggest prize, imposing guilt on Ottenbros for denying the championship to Eddy Merckx. In fact, the only rider to congratulate him was Franco Bitossi, who rode up alongside him in the Tour of Flanders and said he admired what he’d done. The gesture so moved Ottenbros that he gave him one of his rainbow jerseys.

Later on, Ottenbros struggled to even get start money for a race, while other riders jeered at his weakness on hills and called him The Eagle of Hoogerheide, an ironic reference to the climber Federico Bahamontes, The Eagle of Toledo, and to the unrelenting flatness of the south-west Netherlands where he lived.

“That nickname made me more famous than my world championship ever did,” Ottenbros later said.  “And yet I was the strongest rider on the day. Or do you reckon that I bribed all the other 190 riders? Don’t forget that they all wanted to be world champion as well. I raced and they didn’t. I can’t be held to blame if the stars of the day didn’t take their chance.”

Disappointed by lack of further results, fans in the Netherlands came to deserted Ottenbros. And, at the start of the next season, he broke his wrist in the Tour of Flanders, rendering him unable to ride in his rainbow jersey during, or defend his title.

“Believe me, I wasn’t in the slightest bit sorry when my year as world champion over and I didn’t have to wear that jersey any more. I could just go back to being the unknown rider in village criteriums. But the old feeling never came back. I was never happy again’.