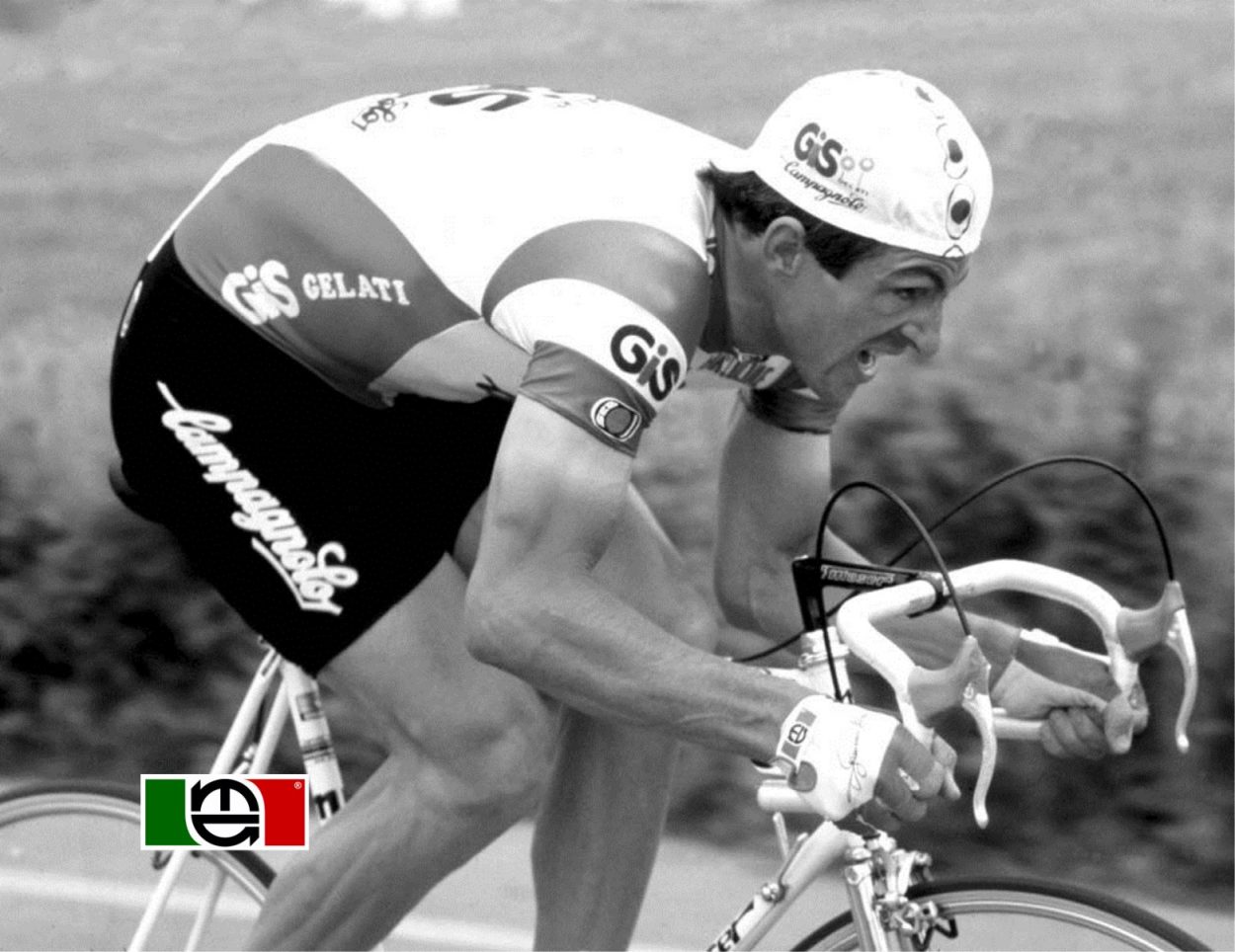 It would be a veritable Who’s Who of cycling, if one were list the luminaries of the sport that once wore MagicGuanto gloves during their career.

The good news is, aficionados and hipsters alike can rejoice now that the historic Italian brand has announced its returned to market.

Throughout professional cycling’s second golden age (1968-1987), Italian brands dominated. During the latter part of this era MagicGuanto became “the glove of choice” among professional teams, often times against their sponsor contracts. The demand for MagicGuanto gloves was attributable to the technological advances by the company at the time including Lycra backs with simply padded, supple leather palms.

Riders and teams donning MagicGuanto gloves became the hallmark of the brand.  For instance, in January 1984 Francesco Moser set the world hour record wearing them, and later that year, riding for Gis Gelati-Tuc Lu, he won the Giro d’Italia.

In fact, riders clad in MagicGuanto gloves would win every edition of the Giro d’Italia for the decade between 1981 (Giovanni Battaglin) and 1991 (Franco Chioccioli).

The rise of MagicGuanto was practically overnight, and by 1987 riders sporting the gloves won every major race on the international calendar including: Milano-Sanremo; Giro d’Italia; Tour de France; Vuelta a España; and, the UCI World Road Championship.

Unfortunately, by the early 1990’s MagicGuanto had virtually disappeared from professional cycling.

It has been over 25-years since the MagicGuanto brand has adorned the professional peloton, and 2018 marks the year for its return.

In addition to gloves, MagicGuanto will also offer fully-custom cycling apparel, albeit with modern designs and fabrics that’s 100% Made in Italy.

You can see MagicGuanto’s full range of cycling gloves and custom apparel here.