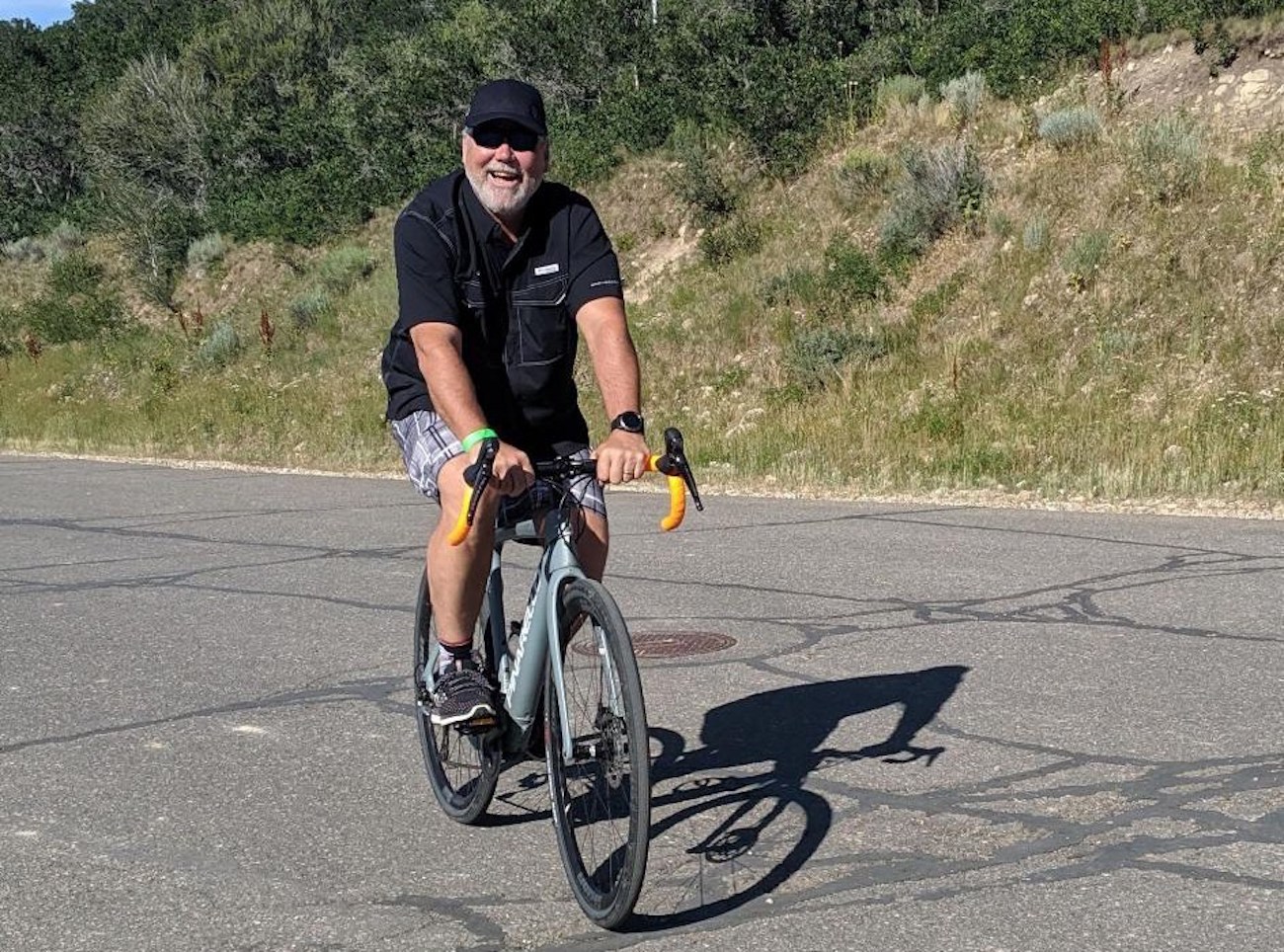 In Part 2 of our interview with Mike Plant, we look at the biggest project that never was in professional cycling – the proposed Grand Tour Triple Crown. We examine how the idea started, where it went sideways, and how that experience redirected Plant to tackle different challenges in cycling and the international sporting stage.

In 1994, Mike Plant turned his attention to a bigger prize: creating an international “Triple Crown” series for cycling that he believed would completely reshape the cycling’s landscape.

“My vision for a global triple crown was to tie together different economic zones with a year-long competition,” Plant said. “There was the Tour de France, us (Medalist) with DuPont, and we had the opportunity to add the third. Other sports have this – why shouldn’t cycling?”

And as a first mover with the emerging Asian economic giant, Plant could write a new chapter for global sports. Plant would make 36 trips to China over the next three years to work out the details to successfully stage the events, and build the production capacity to sustain it annually. “I was hanging it all out there,” says Plant of the effort, adding, “I was taking most of the risks financially. But because I was taking most of the risks, I also needed to drive it.”

Plant had developed a cordial professional relationship with then Tour de France director, Jean-Marie LeBlanc, when he was a guest at the second Tour de Trump. One hurdle was that the first “Trump” wasn’t totally pro, being a mix of national and professional UCI teams.

Plant needed to step up a notch and get UCI approvals to elevate his race’s status, but the European race organizers and the teams association pushed back because his May calendar slot interfered with other established races like the Tour of Romandie and Giro d’Italia.

“LeBlanc gave me some insights on how to navigate,” Plant said. “It might not resonate with everyone today, but Trump was a big plus leading into DuPont – his brand helped us land Ricoh and other big supporting sponsors. Once I had the backing and the structure, I met with Hein (Verbruggen – then President of the UCI) in Orlando at the FIAC meetings (formerly the arm of the UCI governing amateur racing) during the 1990 Utsunomiya World Championships.”

“Hein was changing the rules to build his UCI Pro Tour model,” Plant said. “During the FICP meeting (formerly the arm of the UCI governing professional racing), a two-hour discussion took place about the Tour DuPont entry on the Pro calendar.”

Drawing on his early experiences winning over votes for athlete support programs with the USOC, Plant made sure Verbruggen polled his supporters first.

“Hein was on my side, but he also had to appear neutral,” Plant said. “I knew it was going to be close and I trusted the guys on the fence didn’t want to be the guy to say ‘no’ first, so after seven or so ‘yays’ most everyone else acquiesced, and we managed to get on the Pro tour calendar.”

Plant kept building relationships with LeBlanc and the UCI as he organized the Tour of China. The hardships of pulling together the first edition were almost overwhelming, as Brunner relayed in his detailed memoir.

“I thought to myself, ‘ASO tried five separate times’ but we’re going to do it first,” Plant said. He knew that if they succeeded, Medalist would immediately get close to equal footing with ASO in the future. And when they did pull it off, LeBlanc and ASO stopped answering calls.

According to Plant, he was in negotiations with several potential sponsors for his proposed triple crown, including long-time Tour de France sponsor Coke. That vision seemed close to reality after the first two Tours of China built momentum. But just as he was closing the deal with Kent to keep China growing, it all fell apart.

In 1995 , Plant made a commitment to assume the role of President of Ted Turner’s Goodwill Games – formerly an international sports competition summit to defuse tensions between the Eastern Bloc and Western aligned countries.

As part of the process, TBS made a commitment to purchase Medalist; this would have immediately opened the opportunity for global operations and much bigger broadcast distribution for the cycling projects. However, Plant also saw the chance to expand his role in international sports – and as his staff of Birrell, Brunner, and Chris Aronholt were more than capable of running the cycling events, the deal was a good one in his view.

There was a problem: Billy Packer, who was part of the Tour de Trump project with Jefferson Pilot Sports, objected to Plant signing the deal.

“Packer was never my partner, but I made the mistake of calling him my partner in public,” Plant said. “He thought I was selling the races – and I told him no, I’m selling my company that manages them. I didn’t own the races. DuPont and BAT (British American Tobacco) did.”

During the back-and-forth of the public side of the disagreement with Packer, and after the completion of the 1996 Tour of China, Plant essentially walked away. After notifying DuPont and BAT leadership, both firms terminated their management agreements with Medalist. The bottom line was that without Plant, neither company would continue their involvement with the events.

“I couldn’t keep fighting to preserve all that we had built while having all the responsibility to make it all work, while at the same time I was restructuring Ted’s prize jewel,” Plant said. “DuPont and BAT walked away in the end. Then Leblanc and the Tour was out of the picture as well.”

Plant was hard at work for TBS even before the Medalist dust had settled. He hired key employees like Aronholt and Birrell to help produce the 1998 Goodwill Games, and the subsequent Lake Placid winter edition and the 2001 Brisbane Games – the last in the Goodwill series.

But Plant remained tightly wound up in cycling’s national and international workings. He was President of USA Cycling from 1995 to 2002, and involved in various UCI committees, including the management committee from 1997 to 2003. He was also on the Board of Directors for the Atlanta 1996 and Salt Lake City 2002 Olympics organizing committees, and it was at Salt Lake City that the next chapters in US professional cycling would be written.

“Jimmy (Birrell) started talking with me about how it was possible to do a big race in California in about 2000,” Plant said. “He came up with a plan and it looked good.”

Plant shared the idea with Hein Verbruggen and (the billionaire eventual race owner) Philip Anschutz over breakfast one morning at the Salt Lake Games.

“The proposition from Hein was that if Mr. Anschutz and AEG could also build a domed velodrome with this project, then the rest of the California plan would happen,” Plant said.

In exchange for a potential new World Championship track venue, Verbruggen all but guaranteed the highest status for a new US international stage race.

But again, there were problems. Ted Turner had sold the Atlanta Braves in 1997 to Liberty Media Group, who still own the team today. While Plant had reached tentative agreements with Anschutz’s AEG group and Turner Sports to front the deal, a new chairman came into Turner in early 2003 and the priorities changed. At the time, the Atlanta Braves were in a financial freefall, and that same Chairman asked Plant to be part of the executive team to turn the Braves around.

“I told Jimmy to take the cycling projects on his own at that point, since it would have tanked with Turner’s special projects being disbanded in all the moves, and I didn’t have a role for him at the Braves,” Plant said. “I said, I’ll help you guys do the deals, but you need to restart Medalist because I’m taking the EVP job.”

“I wasn’t an owner,” Plant said. “But we agreed I would be the senior adviser to them and helped them negotiate a lot of the difficult deals. I was usually involved in the tough discussions, when they needed a hammer behind the scenes.”

Much of the rest of Medalist’s second run of success, which started again in 2004, was covered by The Outer Line in 2018. In the ensuing years, Plant worked on massive reforms of the U.S. Olympic Committee and U.S. Speed Skating, and helped build the Braves into a perennial baseball powerhouse.

He also accepted a role with the UCI, having been elected back to the UCI Executive committee in 2007 (after a short hiatus due to his earlier USOC appointment), and serving two terms until 2017.

While he at first got along with Verbruggen’s successor, Pat McQuaid (both were elected to the UCI management committee in San Sebastian, 1997), Plant and many others felt the organization was heading in the wrong direction.

“I was one of the group that worked to get McQuaid removed,” Plant said. “And we all felt that Brian Cookson was a better choice. All things considered, Brian did a helluva job.” (Editors’ Note: In Part 3 of this article, we will delve into this contentious time in more detail.)

Plant continued working in UCI committees to shape the global sport, particularly cyclocross, until Cookson was himself voted out as UCI President in 2017. With that, Plant’s time on cycling’s global stage came to a close, but not his love for the sport. The speed skater turned cyclist turned entrepreneur turned sports management executive never lost sight of the sport’s potential.

“I never wanted any of these volunteer roles to be about me, or become my identity – I didn’t want that NGB or Federation or UCI patch on the blazer to define me,” Plant said. “I had a full time job and career in the world of sports. That always gave me a first hand understanding of the many roles we all must play, which is challenging for some volunteers as these organizations grew and evolved. And that’s the problem with sports governance, is that too many people wear that patch as part of their identity, and they become attached to it and will do anything to preserve it.

“I believe my numerous touch points in the global sports world, starting from my time as an Olympian, give me a unique perspective and view compared to many others in this business,” Plant said. “In the end, you have to ask yourself if what you’re doing is making the sport better, bigger, and more rewarding for the athletes.”

In Part 3 of this interview, we will go into more detail about how Plant sees the sport currently, how he views some of cycling’s contentious problems over the past thirty years, how we got to where we are today, and what specific changes and improvements pro cycling needs to make in order to become financially sustainable, and compete more effectively amongst today’s vast range of sports and entertainment options.