How to Avoid Two Key Triggers of Injury and Overtraining 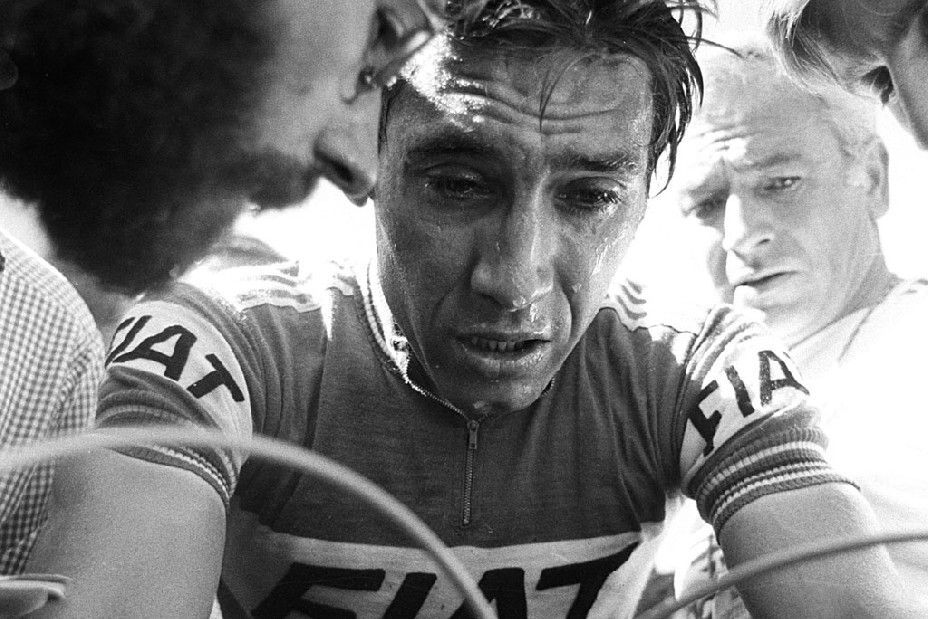 “A vein of either good or bad form can strike unexpectedly at any time, but a proper reaction will avoid key mistakes that lead to overtraining and injury”

A guy I know fairly well rang me recently with a problem that had arisen in his winter training and he was looking for advice. I wasn’t coaching him formally but I had given him general pointers about his approach to winter training and the basic outline of a plan. As his story unfolded – rather sheepishly – I realised it was all too typical of two common trigger-points for injury and overtraining.

His winter plan was going well to the point when, on the previous Sunday’s club spin, he dropped a couple of his cycling ‘buddies’ during the dash home – fellows he would normally only be able to hang in with.

So, he was enthused with the success of his approach and, on the following Monday when he knew he wasn’t supposed to be on the bike, he decided to go for a run instead – even though he hadn’t run in over a year! And, because he still felt good, he threw in a few hill-sprints for good measure. Well, it was the time of the year for cross-training, wasn’t it?

The outcome, of course, wasn’t good – a significant leg injury that was going to put back his training by a few weeks. He had let himself become a victim of one of the common triggers for injury and overtraining – hitting a vein of good form.

A Vein of Good Form

If a training plan is well constructed and managed, peak form should coincide with key goals and events and athletes will not be overly-surprised when it arrives. However, a vein of good form can unexpectedly occur at any time, especially for those who train a bit randomly. Unlike our winter warrior above, this usually happens during the racing season when unusually good results and placings begin to ‘flow’.

Sometimes, surprisingly, the athlete’s reaction can be a form of anxiety: a fear and mild panic almost, that the good form will dissipate and be lost. The response can be to ramp up the training even further to try and ensure that the form lasts, and that it might get even better.

This is a sure way to destroy the vein of good form in a short space of time, and perhaps lead to overtrading and injury like my acquaintance above. Similar outcomes can arise from the second scenario – hitting a vein of bad form.

A Vein of Bad Form

An unexpected vein of bad form is very unpleasant. All that work and effort, now with diminishing results. Plans are not working, key goals seem unachievable. And it’s usually accompanied with a lowering of mood and morale. What has gone wrong?

Reaction to a vein of bad form can be similar to the case described above: to ramp up the training effort to try and regain the lost form and get plans back on the rails. In this scenario the outcome can be even worse: the athlete digging an even deeper hole of fatigue and burnout, with injury just around that corner. Sometimes morale collapses completely, the rider throws in the towel for the year, and a season is lost when some mild remedial action could have saved it.

What is the best way to avoid these two triggers of injury and overtraining?

Probably the most important thing is to make sure they don’t happen in the first place, and the best assurance of this is by following a well-prepared, personalised training plan.

Your plan may have periods when poor form is to be expected: during a heavy block of training for example, where the system is deliberately overloaded to induce a particular response. This can lead to fatigue, but this is to be expected and is carefully managed as part of the plan.

Similarly, if the plan is working, form will begin to ‘flow’ when it is most wanted – when key events have been targeted, usually months before.

However, a vein of either good or bad form can strike unexpectedly at any time and how should you react when this happens?

The most important thing is not to act impulsively, but to rationally analyse the situation. This is easier said than done, however, and highly-motivated riders, perhaps stressed by the way things are panning out, don’t always respond in a rational and logical way. Mistakes are made.

This is best avoided by working with a coach or well-informed friend who can bring objectivity and rationality to the situation. This, in turn, requires openness, trust and communication. If things are not going to plan, or if progress is being achieved more rapidly than expected, it is time to sit down with this ‘significant other’ and analyse the plan as soon as these trends are becoming apparent.

Look back over the training and performance diary. What is going wrong? What needs to be adjusted? There is a logical explanation, and a logical way to make adjustments as the need arises.

The trick is to be aware, not to be isolated, to be analytical, and to tweak the plan and approach accordingly. Then, have faith and trust in the re-structured plan and stick with it.

Tom has a long background in sport, training and education.

Having played for Kerry minors he moved on from Gaelic football to participate in other sports. In 1979, for example, he became the first person to circumnavigate Ireland by Kayak and he was also a member of Kerry Mountain Rescue Team for a number of years. In all, he has competed or coached in 12 different sports.

Tom initially graduated with a degree in Education and spent the early part of his career working as a PE teacher. He moved on to teacher professional development – designing, planning and supporting training and development programmes.

Cycling always interested Tom and his first major tour was around Iceland in 1981. Cycling’s rich heritage also deeply interested him, leading him to author the acclaimed book – ‘The Rás: The Story of Ireland’s Unique Bike Race’ (Collins Press, 2003).

Tom Daly A1 Coach He has been involved in his local Kanturk Cycling Club since its early years and began racing in 1996, gaining an All-Ireland Vets. team medal in his first race. He continued his involvement in other activities but committed fully to cycling from 2008 and has progressed steadily since, including competition at European and World Masters Track Championships. He has continued to enjoy cycle-touring in various parts of the world. Tom is also a Cycling Ireland qualified Coach and currently Manager of A1 Coaching.

Tom achieved Masters and PhD qualifications during his career and these gave him a strong appreciation of the value of evidence-based scientific methods. He applied this approach to cycling, with a particular interest in the evidence on physiological adaptation to training, particularly in older riders.

This interest in scientific-based training, along with his broad experience and career involvement in developing education and training programmes, has helped him in the coaching and mentoring of some leading Irish riders.

Tom considers himself to have average natural talent as a cyclist, but has continued to develop through smart and informed training. His ambition is to continue to improve in various cycling activities, and to help others achieve their ambitions and reach their full potential.