How to Prevent Athlete Abuse in Cycling 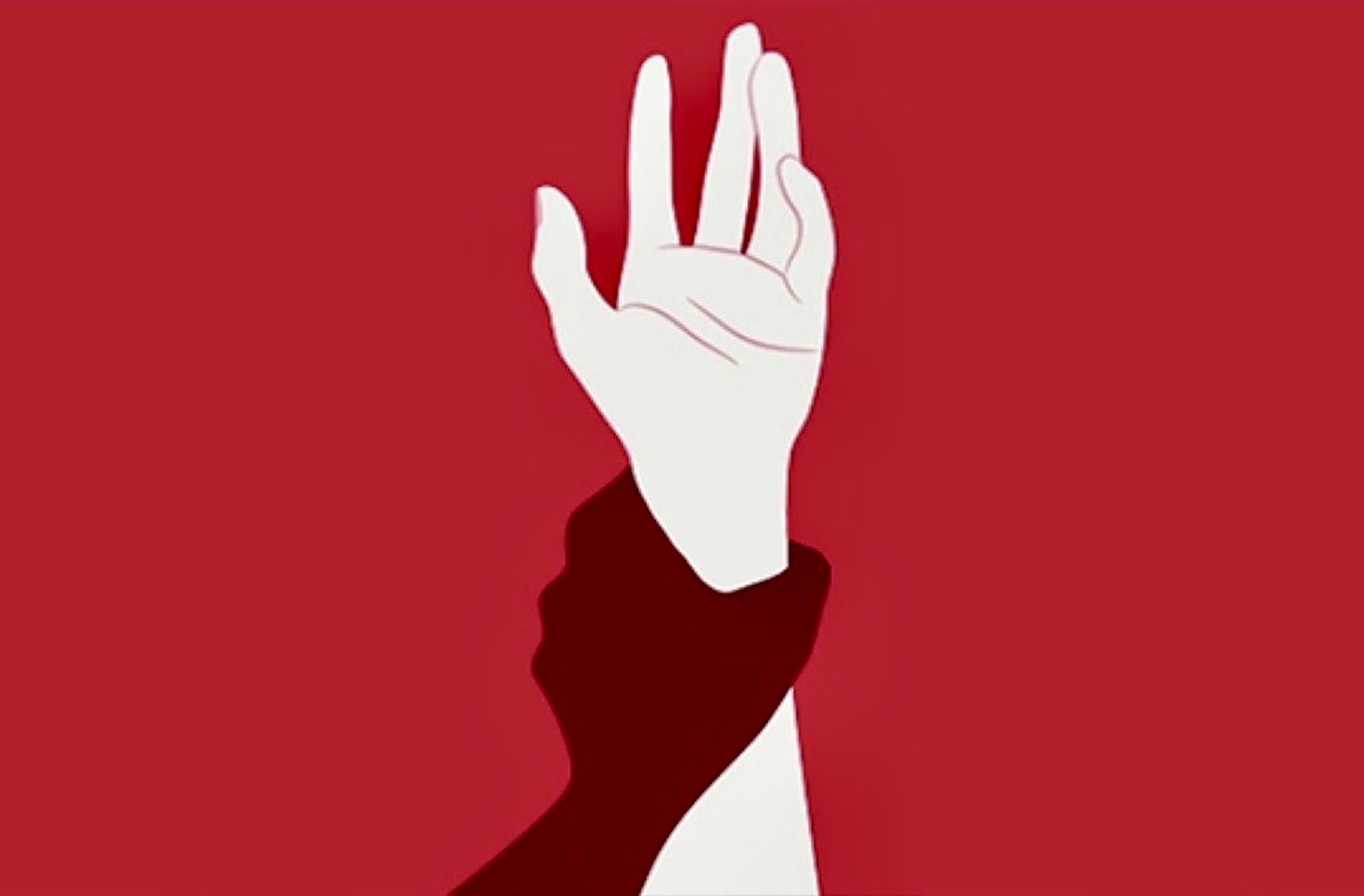 The recent UCI Ethics Committee decision concerning former Health Mate team manager Patrick Van Gansen has brought renewed scrutiny on the ability of sports governing bodies to prevent and remedy cases of athlete abuse. No one should be surprised that Van Gansen came away with a token sanction for what appeared to be serious abuse charges, because fundamental athlete rights are not built into the Olympic sports model. Likewise, no one should be surprised when this happens again – unless the UCI seizes the opportunity to adopt a ground-breaking stance among Olympic-chartered sports.

Unfortunately, the legal paradox of lenient punishment is not unique to cycling. It is instructive to understand how Olympic sport in general has historically walled itself off from objective and external legal scrutiny, and examine how this has exacerbated the conditions which can lead to abuse.

The underpinnings of every international and national sporting body tie back to the International Olympic Committee’s (IOC) sports governance framework, as defined in its original 1908 charter. The Olympic Charter defined the concept of “sport” as an autonomous sovereign entity and business, and claimed a mandate to organize both with self-written rules. This sovereignty is based on a pyramid structure, with the IOC at the top setting the regulations, and signatories like national Olympic committees (NOCs), the International Federations (like the UCI) and National Federations (sometimes called national governing bodies, like USA Cycling) adopting and upholding those rules in exchange for the right to participate in the Olympic Games.

The IOC model has helped cycling and many other sports to globalize and provides inspiration and hope to millions through competitive sport. Its international cooperative framework has also fostered diplomacy and promoted global unity during troubled times or in regions of conflict. But, at the same time, its insularity is an ever-deepening liability to its participating athletes.

Protecting the athletes or the sport?

The entire Olympic system is built to protect the integrity of the competitive sport, and by extension, those in power in the IOC. The IOC charter prohibits its member sports from applying criminal law in their statutes. Thus, legal actions which should be the responsibilities of nation-states are instead allocated to sport governing bodies; hence, the “autonomy of sport” model, unfortunately, allows Olympic sporting bodies to overlook practices or consequences that would otherwise be defined as criminal. Like a Las Vegas weekend, the IOC prefers regulatory disputes to remain inside its sports.

Riders agree (by signing their racing licenses) to be governed by cycling’s private regulatory system and arbitration courts, with the Court of Arbitration for Sport (CAS) acting as a kind of Supreme Court. There are good and bad in this sporting arrangement; for example, photo finishes aren’t decided by parliamentary votes and doping can be adjudicated as if the defendant broke their contractual code with their sport to compete clean. But as the Van Gansen case inadvertently demonstrated, he may have been sanctioned more for the harm of sexual harassment to cycling’s reputation, than the harm of sexual harassment to the riders.

The IOC operates as a sports monopoly, in which subsidiary businesses – like the UCI and USA Cycling ‒ can only succeed if they fall in line with IOC directives. The IOC’s story-telling around the excitement and purity of competition drives up bids from host nations, attracts broadcasters, and sparks ticket sales. And any overshadowing narratives – like abused athletes or state-sponsored doping – are significant incentives for fans to tune out, or for parents to withdraw their children from sport.

Scandals like the Russian doping schemes have spurred legislation such as the recent Rodchenkov Act, which legitimately threaten the autonomy of sport. The IOC tends to take control of the narrative when highly-sensitive issues create inroads for legislative interference. For example, the IOC response to the 1998 Festina doping crisis was to shape both the World Anti-Doping Agency and the CAS, and frame a nearly impenetrable legal barrier that focuses blame and punishment on the athletes but largely protects its sports signatories from repercussions. That, despite the fact that officers and decision-makers in WADA and the CAS are in some cases also active IOC members, and the conflicts of interest skew sporting dispute outcomes towards economic and political interests without regard for the rule of law or common sense.

A sorry record of institutional failures

The right of Olympic athletes to compete relies on their willingness to follow the rules, and often endure unrealistic expectations in development programs or abusive behavior from coaches. Consequently, many athletes find their sporting ambitions held hostage in exchange for their silence and submission. The pattern of governing bodies putting the optics of success ahead of the safety of participants has enabled abuse to happen across many Olympic sports, at almost an industrial scale.

Rachel Sturtz’s November 2014 exposé showed how predatory coaches U.S. swimming were able to navigate a system that protected and even rewarded them for developing athletes who could win gold medals. A September 2018 profile of the Elite Taekwondo training ranch in Texas demonstrated how coaches extorted sexual relations from their female athletes in exchange for access to a world-class training program. And no one can overlook the institutional breakdowns at USA Gymnastics which led to the abuse of hundreds of children across the sport by serial pedophile Larry Nasser, while administrators wielded Olympic medals like a shield to protect their interests.

On one hand, the IOC charter seeks to promote fairness, inclusion, and safety in sports so as to nurture international understanding and friendly competition – the goal of “Olympism.” On the other hand, the IOC and its federations have no obligation today to provide equitable legal protection or remedies for abuse, and this exposes athletes to potential retaliation. Many abuse victims in cycling, therefore, choose to not file complaints – fearful of losing their competitive opportunities. Worse, the negative publicity could chase sponsors away and leave entire teams unemployed.

Most of cycling’s abuse stories have therefore never been told in full; in part 2 of our 2017 three-part series on women’s cycling, all of the riders we interviewed requested anonymity because of potential consequences to their careers, those of their teammates, and because they understood the functional immunity the sport provided to their abusers.

The slow process of reform

The U.S. Center for SafeSport was founded by The U.S. Olympic & Paralympic Committee as a direct response to rampant abuse in American sports, and now has Congressional authority “to prevent the emotional, physical, and sexual abuse of amateur athletes.” It has been credited for providing a central forum for abuse complaints, preventing cover-ups by sporting administrators, and rebuilding trust in sports at the grassroots level by implementing a “see it, report it” culture with confidentiality guarantees to protect whistleblowers and victims. However, it is not perfect; the structure is again based around arbitration. An accused abuser can be sanctioned by a SafeSport panel based on the evidence, but that can be challenged in a trial de novo by the sanctioned party.

In the Elite Taekwondo case, Jean Lopez was banned from coaching but was reinstated after a de novo hearing where the complainants were required to give in-person testimony. This scenario is hellish for abuse victims, who must relive their emotional nightmare by describing their abuse in the presence of the abuser. The understandable reluctance of the victims, especially with civil lawsuits pending, caused the arbiters to find in Lopez’s favor.

The UCI only began reappraising its ethics complaints processes after the Armstrong case. The subsequent CIRC report exposed ineffectual policies that former president Brian Cookson was forced to address, and which resulted in limited reforms. The unsuccessful Thomas Campana case was dead on arrival because the abuses in Team Bigla happened prior to 2016, and earlier UCI statutes didn’t cover team staff actions. The Code of Ethics was later improved with specific protections for riders and employees of UCI Women’s teams, including anonymity guarantees – though it is nevertheless puzzling (and worrying to many women in cycling) that Campana could today be a leader of the women’s teams’ association.

Safer sport can be imagined if we take steps to repair flaws in the autonomy of sport doctrine, but no Olympic sport has yet challenged the IOC to reappraise this anachronistic premise. One route may be through the United Nations Guiding Principles on Business and Human Rights (UNGP). These statutes are built on three pillars of human rights: a state’s duty to protect human rights; corporations’ responsibility to respect human rights, and; access to remedy for victims of business-related abuses.

Organizations that adopt the UNGP are encouraged to embed human rights in their charters. The Olympics – which signed a cooperative partnership with the United Nations in 2004 – is technically a party to the UNGP. And this is leading to a new paradox for the IOC and cycling: in 2017, Kristen Worley prevailed in her grievances against the UCI in a Canadian human rights court, creating a breach in the “autonomy of sport” wall. The UNGP statutes will likely continue to chip away at the IOC model.

Pro cycling needs an independent and legally empowered person to whom allegations of mistreatment can be referred to for action. Known as an “ombud,” this critical role provides a trusted liaison who can confidentially advise an individual about their rights and skillfully guide them through any grievance process. The USOPC has had an athlete ombuds office for many years, helping American athletes understand myriad regulations and resolve their disputes.

More critically, and as we have discussed numerous times, cycling needs strong, independent unions like TRU and TCA which are capable of driving collective bargaining agreements with the sport’s stakeholders. The IOC treats its Athlete Commission as a token organization, and it actually distracts from athletes’ abilities to cohesively assemble and negotiate with the IOC; cycling’s incumbent CPA rider association is just as weakly positioned because of its similar design – fractured along national lines, and with no vote at the decision table. The riders have no power today to hold the UCI accountable for its actions or inactions, despite the riders being held accountable to follow the UCI’s regulations.

It is difficult to see anything changing under current UCI President David Lappartient, who has made cycling more Europe-centric and who has been closely aligned with the IOC during his term. For example. he recently disbanded the post-CIRC independent Cycling Anti-Doping Foundation (CADF) and handed testing authority to the IOC-funded International Testing Agency. Lappartient has also asserted the IOC’s sovereignty over the burgeoning e-sports movement and future economy, stating that no global esports “federation” is legitimate unless it is administered by the IOC.

Lappartient’s potential interest in ascending to the IOC has already been noted, and hence, changes that run counter to the IOC’s power structure may not be in his best interests. However, we would point out, and indeed promote the idea that Lappartient also has a ground-breaking opportunity to be an agent of change here  – and to be remembered for delivering to the IOC the message that athlete rights include basic human rights. The IOC will undoubtedly receive this message loud and clear from other corners of Olympic sport and have to address it in coming years.

Everyone in cycling should be hopeful that the sport’s administrators will take a collective view of the changing context of sport – as involving more than just games. Athletes have employment rights and human rights. And children should not be placed in harm’s way to participate and grow through competition. The UCI could become a trailblazer in the Olympic movement, and adopt changes that uphold the rights of its participants and protect them from abusers, ushering in a safer narrative for global sport.

The Outer Line would like to thank John Ruger, former USOPC ombudsman, and Brendan Schwab, Executive Director, World Players Association of UNI-Global Union for their insights while researching this article.