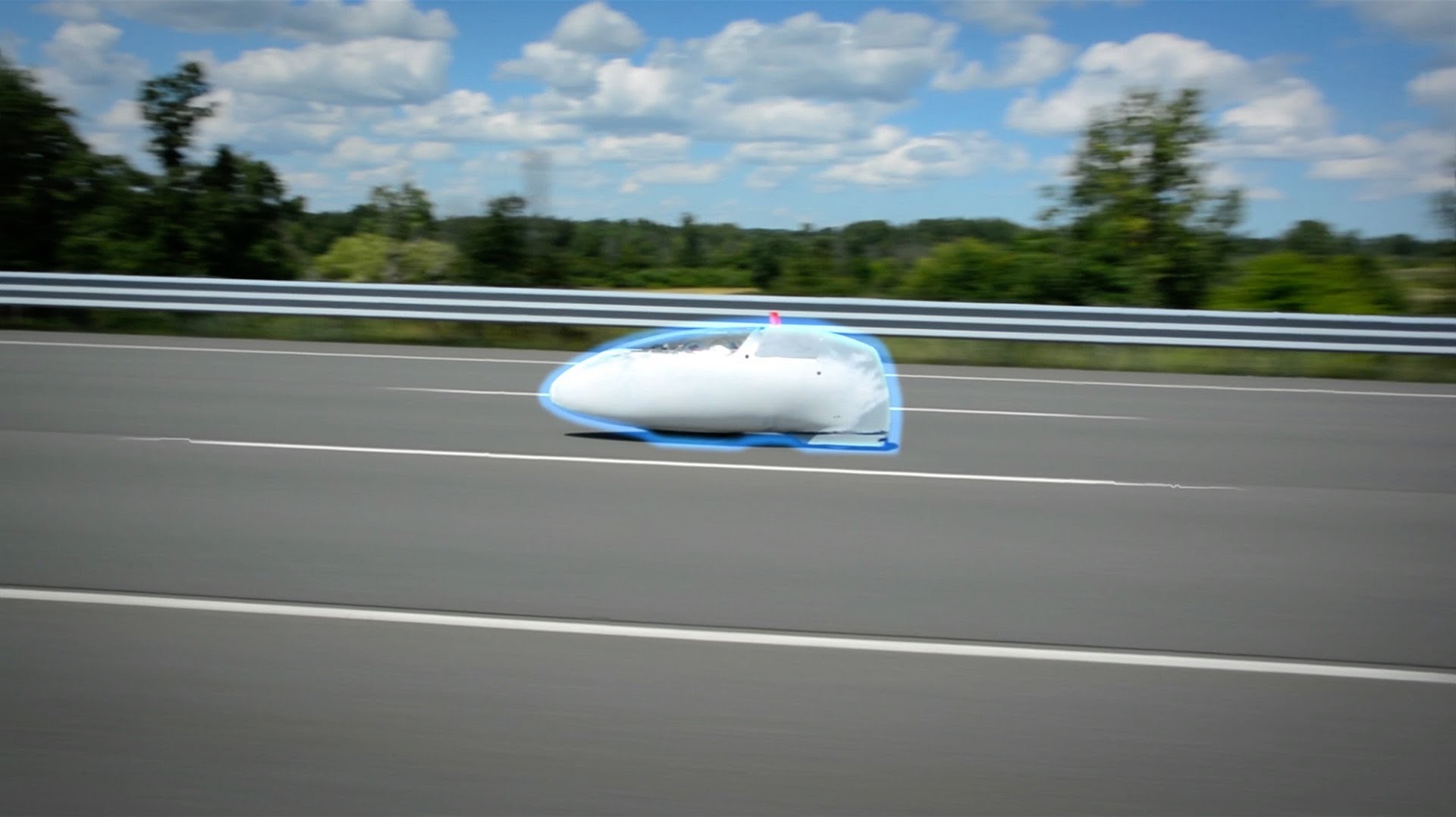 Today’s annual World Human Powered Speed Challenge, drew cyclists from around the world seeking to push the limits of their pedal-powered machines, but it was the 33-year-old Reichart who emerged victorious, after clocking a top speed of 85.71 mph (137.9 km/h).

Reichart, along with his AeroVelo team, had today’s triumph in mind for some time.

Indeed, as far back as June of last year, the team announced its plans to tackle the previous record of  83.1 mph (133.8 km/h), which was set by 26-year-old Dutch rider – Sebastiaan Bowler.

However, despite the team’s meticulous planning, not everything went as hoped for AeroVelo today, as their first qualifying heat came to quick end after crashing during the launch, which resulted in damage to the front fairing.

As a result, the team had to forgo the second trial, while repairs needed to be made.

The course for today’s event, consisted of a 5 mile (8 km) run-up section for the pilots to build speed before a 218 yard (200 m) section on which they were clocked.