Arnold Schwarzenegger Out on a Bike Ride in Edinburgh 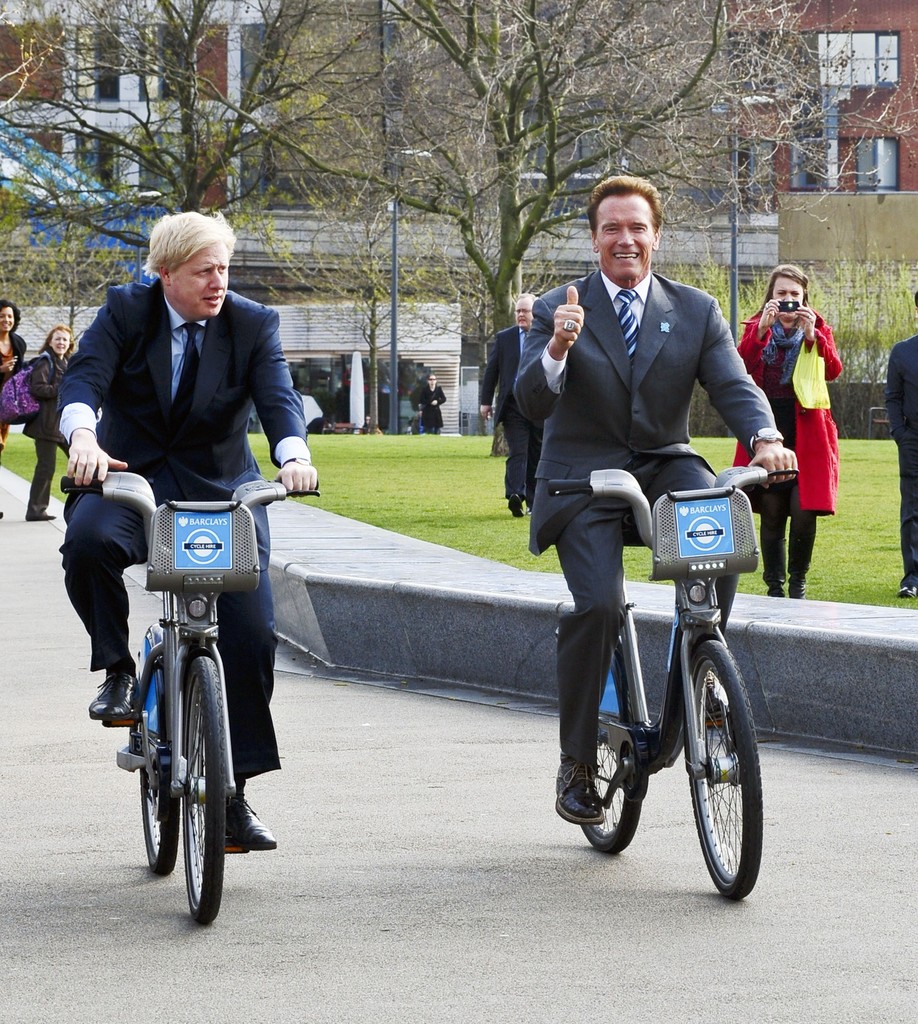 Prior to his speaking engagement at the Edinburgh International Conference Center this evening, Arnold Schwarzenegger decided to take a bike ride around the Scottish capital today.

According to reports, Scottish cyclists were quick to suggest a route for the former Governor of California, with one suggestion that he should swap Hollywood for Holyrood, where the Scottish Parliament building is located.

“A pleasant cycle route would be on the Innocent Railway cycle path from near the Commonwealth Pool,” Ian Maxwell, chairman of cycling campaign Spoke, told the Edinburgh News.

“He would be able to go through the [Holyrood] Park, appreciate Arthur’s Seat and go towards Portobello where he could stop off for some beach volleyball.”

In the past, Schwarzenegger has made it a point to cycle around the cities he was visiting, sometimes being joined by dignitaries, as seen here with London’s Mayor Boris Johnson.

However, last summer Schwarzenegger was warned by police officials in Australia about not wearing a helmet, which afterwards the Terminator jokingly said, “it would be cars that needed repairing, not me, if an accident happened”.