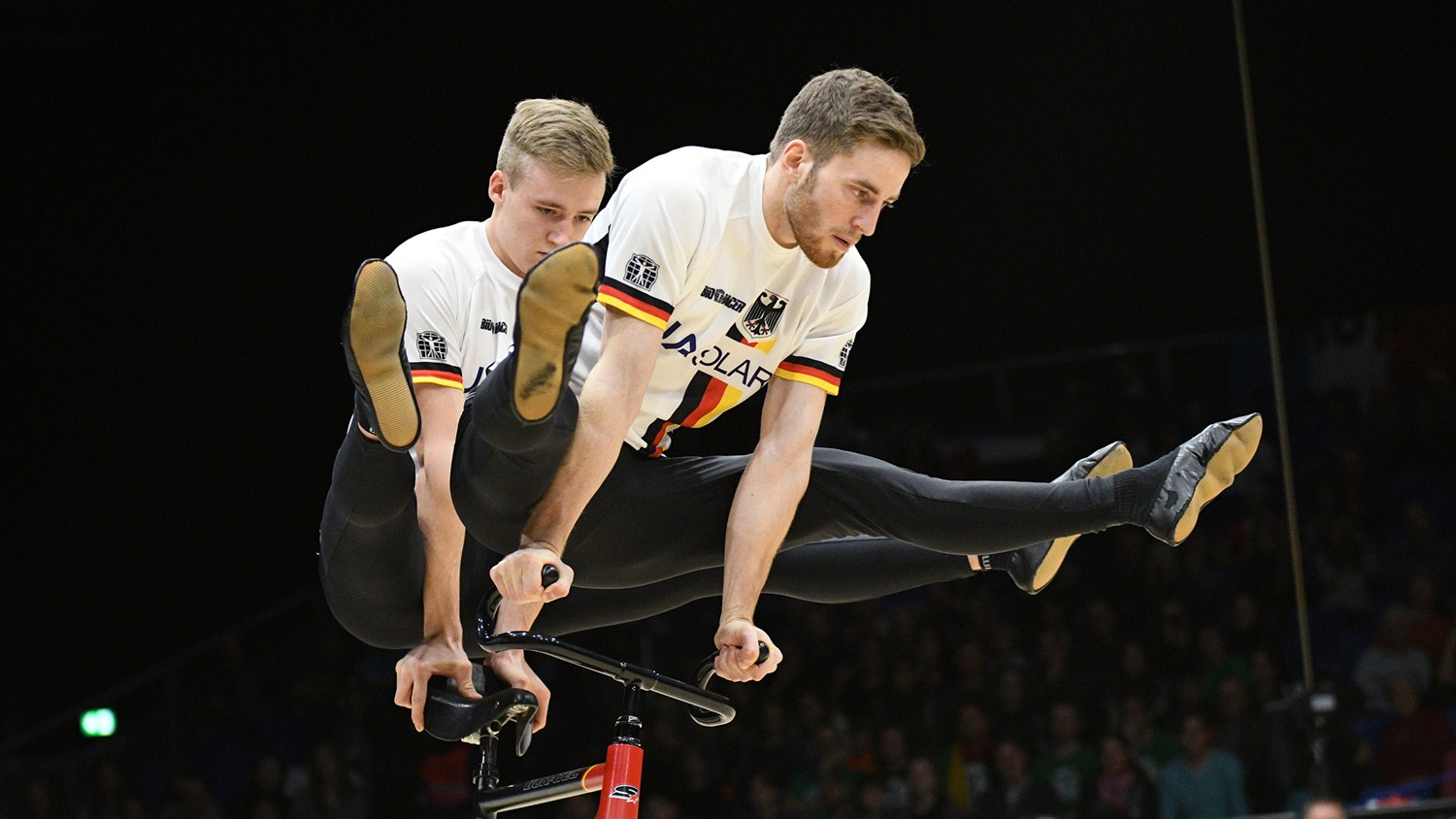 Artistic cycling will now be as regular a feature of the UCI Indoor Cycling International Calendar as cycle-ball, which has enjoyed its own UCI World Cup series since 2002.

Germany’s head coach Dieter Mauter (Tailfingen), one of the world’s only professional artistic cycling coaches, believes the introduction of the UCI World Cup is an important step forward for the sport: “International artistic cycling can showcase itself to the public all year round,” he said. “Although it’s a huge opportunity to demonstrate exactly what we can do, it is vital that all athletes, National Federations and fans embrace the World Cup and play their part in making it a success. It would be great if this could be the starting point for continuous development.”

Halter is hoping for a sustainable media presence. “Apart from the UCI World Championships, thus far there has not been sufficient media coverage to firmly establish the sport in the collective memory,” he explained. Spreading events across the entire year means this situation should soon improve. “A greater media presence could open up access to sponsors for clubs and Federations – and the World Cup, of course,” Halter added.

The 2018 UCI Artistic Cycling World Cup consists of four tournaments – three preliminary rounds and a final. The opening three rounds will be held in Prague, Czech Republic (10 February), Heerlen, the Netherlands (30 June) and Hong Kong (12 August), where competitors will try to amass the qualifying points needed to reach the final in Erlenbach, Germany, on 17 November.

Athlete quotas for the first three rounds of the UCI Artistic Cycling World Cup are calculated based on each nation’s highest ranking athlete, pair or team, depending on the category, at the 2017 UCI Indoor Cycling World Championships.

In addition, the event hosts receive a wildcard.

Artistic cycling’s roots lie firmly in Europe – and with most UCI World Championships medallists hailing from Germany, Switzerland, Austria and the Czech Republic, the favourites for this year’s World Cup events represent these nations. German riders are tipped to do well in the single and pairs disciplines, while only in the ACT4 Open are the reigning UCI World Champions from Switzerland ranked higher than the two German teams.