What Influence Does Music Have on Anaerobic Performance? 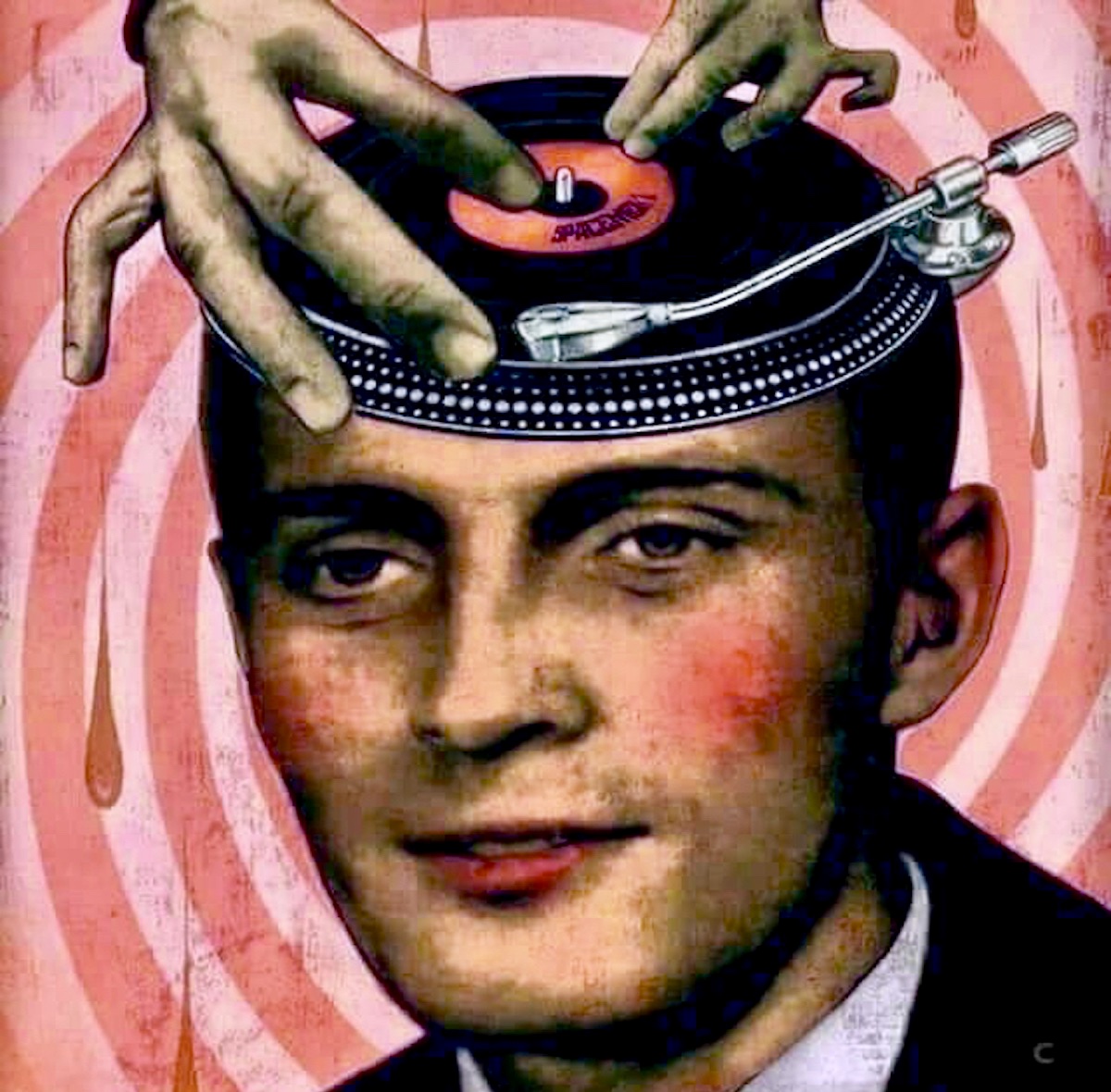 Music has the capacity to capture attention, lift spirits, generate emotion, change or regulate mood, evoke memories, increase work output, reduce inhibitions, and encourage rhythmic movement – all of which have potential applications in sport and exercise. However, it may come as a surprise that scientific evidence has conflicting results when it comes to investigating the effects of music on exercise performance. Music is offered to individuals as a way to improve their exercise programmes and eventually their quality of life.

For years, mostly the effects of music on cardiorespiratory exercise performance have been studied, with the discovery that obese children could run better while they were listening to music. Szmedra and Bacharach’s study results suggest that the introduction of music has a psychobiological impact on the exerciser demonstrated by changes in perceived effort, lactate and norepinephrine. Data from the study by Potteiger et al. indicate that different types of music can act as an effective passive distractor during exercise and are associated with lower ratings of perceived exertion. Crust’s study results suggest that exposure to music during muscular endurance trials can yield significantly longer endurance times, but that exposure to music prior to task commencement may not carry over to influence performance. Data from the study by Schwartz et al. show that music does not alter the submaximal exercise performance or physiological response for either men or women. When looking at those results most of the studies show that music can enhance submaximal exercise performance.

But the effect of music on supramaximal exercise is not clear yet. Few studies have investigated this issue so this area needs more research. Pujol and Langenfeld investigated the music effect on the WAN test performance by 15 subjects and they found no significant differences between music and no-music conditions. But other studies showed that music can improve WAN test performance. The study by Barwood et al. showed that a combined music and video intervention has a beneficial effect on exercise of high intensity in conditions that may induce premature fatigue. Some of the previous studies have shown that listening to music with different rhythms improves physical performanc, but some studies have shown no improvement in performance. Yamamoto et al. found that listening two different types of music (with slow and fast rhythm) prior to supramaximal cycle exercise has no effect on power output. There is disagreement about the effect of music on anaerobic exercise performance and also the effect of rhythm of music on exercise performance.

The subjects were male students from the school of Physical Education, University of Ondokuz Mayıs. Twenty eight subjects who were informed about the risks and benefits of this project agreed to volunteer as subjects for this study. Research procedures were approved by the Ethics Commission of the University of Ondokuz Mayıs. The subjects gave their written informed consent to participate.

Each subject arrived at the laboratory with instructions to be well hydrated, at least 3 h post-prandial, and to have abstained from caffeine and alcohol for a minimum of 24 h. Subjects did not do any intense exercise 2 days prior to the tests. 3 days before the main trial, participants were taken to the laboratory in order to perform RAST and WAN tests to become familiar with the procedure. Also in this familiarization, subjects listened to both slow and fast rhythm music. All tests were conducted at the same time of day for each subject and were separated by 48 hours. Subjects were tested on 3 separate conditions: with “fast rhythm music”, with “slow rhythm music” or with “no music”.

Slow or fast rhythm music was played from recorded cassette tapes through personal headphones in RAST and WAN tests. In “no music” conditions subjects wore headphones but nothing was played. One fast and one slow piece of music were selected from a CD of ‘The Beiderbecke Connection’ played by the Frank Ricotti Allstars. The fast rhythm music was derived from ‘Viva La Van’ (measured at 200 beats per min) and the slow rhythm music was from ‘First Born’s Lullaby’ (measured at 70 beats per min). The music was played continuously from the start of the test until the test was stopped.

Heart rate was monitored with a Polar (beat) heart rate monitor (Polar Electro Oy, Kempele, Finland). The heart rate (HR) was measured at rest (before warming), and immediately after the end of the tests. HR responses were collected using a receiver interfaced with a computer and Turbofit Software.

Finger prick blood samples were obtained from each participant to obtain the blood lactic acid concentrations. The blood lactic acid was measured by a YSI 1500 Sport Lactate analyser (Yellow Springs Instruments, Yellow Springs, OH, USA) at rest (before warming), and immediately after the tests. Prior to each test, the analyser was calibrated using a 5 mmol · 1-1 standard and checked for linearity with a 15 mmol · 1-1 standard.

Field testing was performed at the same hours in the same indoor terrain for the music conditions or for the non-music condition. No encouragement was allowed during all the tests. By the same order, subjects were tested for anaerobic power in the following tests:

All values are expressed as means ± standard deviation. Means of heart rate, blood lactate, PP, AP, MP and FI were compared between the fast music, slow music and no-music conditions using a repeated measures analysis of variance. The level of significance was set at 0.05.

Table 1 shows the power output values during RAST under three conditions. PP, AP, MP, and FI values were not found to be significantly different between fast rhythm music, slow rhythm music and no music conditions.

Conversely, the results are different to the results of previous studies which reported significant differences between music and non-music conditions in WAN tests. In the study of Koç et al. the influence of music on WAN performance was studied in 14 male and 6 female subjects under three conditions: slow music, fast music and no music. They found higher power outputs under both fast and slow music conditions than under no-music conditions. In the study of Brohmer and Becker, 17 subjects were tested for Wingate performance under music and no-music conditions. Their findings show that music can physiologically improve anaerobic exercise performance. Eliakim et al. examined the effect of arousing music during warm-up on anaerobic performance in elite national level adolescent volleyball players. They found that music affects warm-up and may have a transient beneficial effect on anaerobic performance.

In the present study, no significant difference between the three conditions was found in terms of blood lactate and heart rate values. This indicates that the subjects expended the same effort in all three tests. Music has no real effect on lactate and heart rate in this study. There is disagreement between studies regarding whether music can change the blood lactate or heart rates in physical performance. The study of Schwartz et al. revealed that music did not exhibit a significant effect on heart rate or blood lactate. Potteiger et al. found no significant differences in heart rate among the four conditions of fast upbeat music, classical music, self-selected music and no music conditions, indicating similar exercise intensity during each condition. In another study heart rate did not change between fast music, slow music and no music conditions . In the study by Szabo et al. neither slow nor fast music altered the perception of effort.

There is also a discrepancy in the field of effects of music type on exercise performance. In the current study no significant differences were found between fast and slow music conditions in terms of anaerobic power outputs, blood lactate and heart rate values. This finding coincides with the results of previous studies. In the study of Koç et al. no significant differences between slow and fast music conditions were identified for any measures.Coutts and Szabo et al. determined no significant difference between slow and fast music in terms of time-to-exhaustion for maximal cycling exercise. Yamamoto et al. examined the effect of listening to two different types of music (slow and fast rhythms) prior to supramaximal cycle exercise on performance, heart rate, concentration of lactate and ammonia in blood and the concentration of catecholamine in plasma. Listening to slow and fast rhythm music prior to supramaximal exercise did not significantly affect the mean power output or blood lactate.

By contrast, some studies determined that a different rhythm of music can change performance. Copeland and Franks found that soft, slow, easy listening music could actually improve cardiorespiratory performance. Submaximal intensity jogging on a treadmill showed that subjects had longer times to exhaustion when listening to slow music as compared to loud fast music. Szabo et al. found that while using a cycling ergometer, time to self-exhaustion was longest when the slow music was switched to fast music at 70% maximal heart rate. However, both studies examined the effect of music rhythm on submaximal exercise. In the current study the effect of rhythm on supramaximal exercise was examined. The reason for having different results may be the different exercise types.

Previous studies using music as an intervention have indicated that music is most effective during low and moderate work intensities or in untrained participants. In the study of Edworthy and Waring the effects of music tempo and volume on exercise performance were examined. The music listened to whilst exercising was either fast/loud, fast/quiet, slow/loud, slow/quiet or absent. A more positive effect was observed under music conditions in comparison to the “no music” condition. In Crust’s study 27 male undergraduate students of sports science completed an isometric weight-holding task on two separate occasions while listening to either self-selected motivational music or white noise. Participants held the suspended weight significantly longer when listening to music than to white noise.

However, some researchers did not find that music was effective for submaximal exercise. In their study each subject participated in two randomly administered test trials at 75% of maximum, one with fast-tempo music and one without music, but the music did not significantly influence the exercise performance. Findings by Yamashita et al. suggested that music evokes a “distraction effect” during low intensity exercise but might not influence the autonomic nervous system. Therefore, when jogging or walking at comparatively low exercise intensity, listening to a favourite piece of music might decrease the influence of stress caused by fatigue, thus increasing the “comfort” level of performing the exercise.

After all these research results, the effect of music on exercise performance is an undeniable fact but the level of impact was found to be different in various studies. In the present study an impact was found but this impact was not statistically significant. In the future, the effect of music can be examined not only in the laboratory but also in the natural environment. For anaerobic sports branches such as weight lifting, 100 m sprint, and so on, or during team sports, for example basketball shooting, the effect of music could be investigated. Also at least 5 different music tempo effects in the same athletes could be studied in order to find the most suitable music tempo.

No statistically significant differences were found between fast music, slow music and no-music conditions in terms of power outputs, heart rates or blood lactates. On the basis of these results we can say that music cannot improve anaerobic performance. Also the type of music had no impact on power outputs during RAST and WAN exercise. In conclusion, listening to music and its rhythm cannot enhance anaerobic performance and cannot change the physiological response to supramaximal exercise.