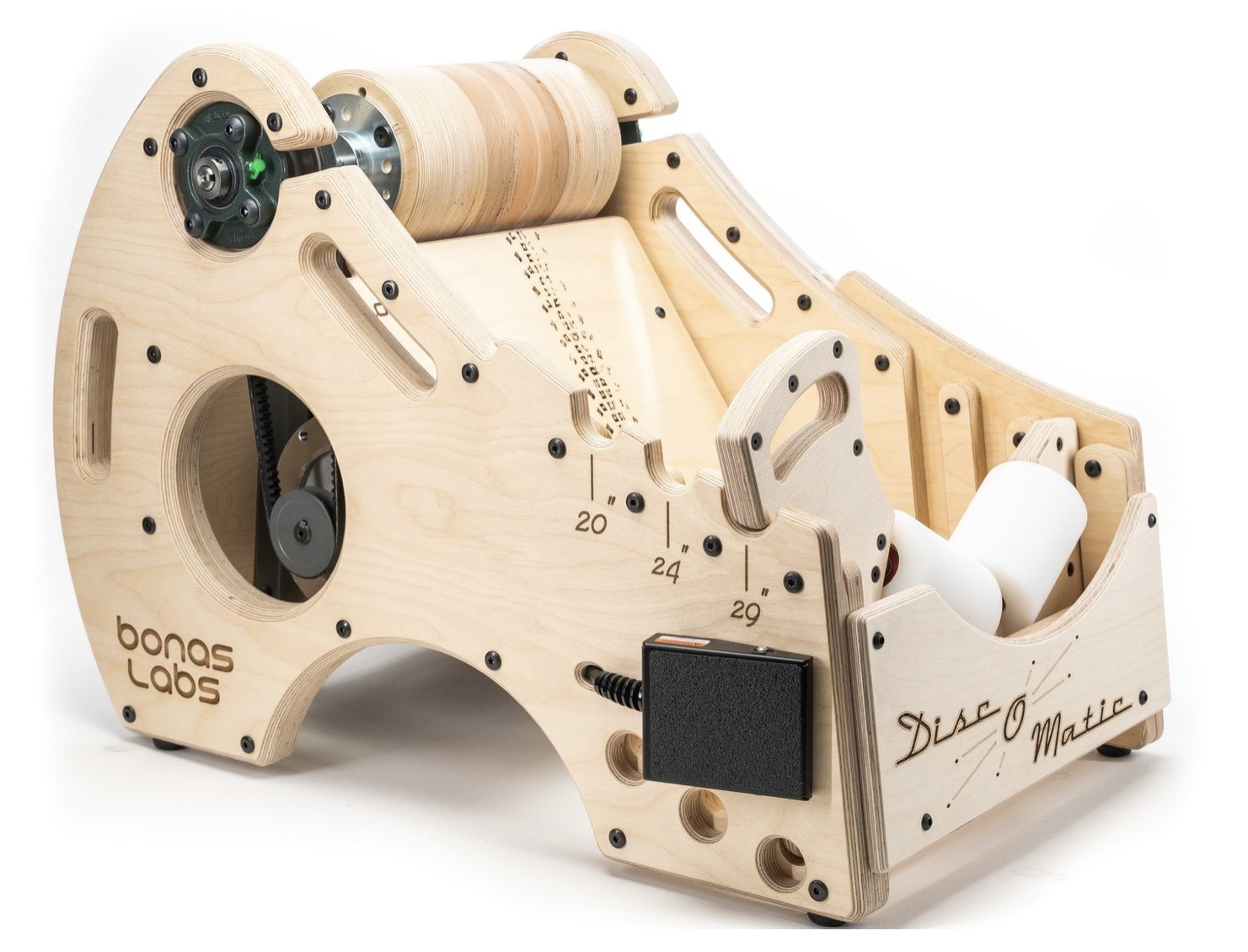 “Bedding disc brakes is a critical bicycle shop service. The traditional process of bedding disc brakes can take 10-15 or more minutes per bicycle and is weather dependent, as it requires repetitive acceleration of the bicycle by a mounted rider. With the adoption of disc brake technology across the spectrum of bicycle categories, shops are now flooded with disc brake equipped bikes, all of which need bedding,” says Mikolayunas.

All bike companies recommend bedding-in new pads and rotors by making multiple stops at increasing speeds. But, Mikolayunas says, that he found very little instruction from brake manufactures on how to conduct the process. So, he instead turned to the powered vehicle world in order to find out more information, coming across the topic of Tribology, which is the science of wear, friction and lubrication.

Mikolayunas learned that the bed-in procedure is actually a two-step process.

“The initial surface area contact of a new brake pad on a new rotor is relatively small. The amount of surface contact is known as ‘percentage bedding’ and the goal is to maximize this percentage before moving to the second process. A small percentage gain occurs almost immediately as, under initial clamping pressure, the piston, seal, pad and rotor come into alignment and square with one another. More surface area contact is created as the pad compound conforms to the shape of the rotor. Once there is sufficient surface contact percentage, the next step is the burnishing, the transfer of material from pad to the rotor,” he explains.

Mikolayunas also notes, unless the initial burnishing process is performed thoroughly, only a small percentage of the surface area gets properly bed-in, resulting in uneven braking that leads to poor modulation and noise.

Given its hardwood frame and rollers, the Disc-O-Matic looks a lot like a piece of Ikea furniture, relying on Baltic birch plywood for the main construction and end-grain for the drum rollers. According to Mikolayunas, the choice of Birch and end-grain serves to dampen sound and bolster traction during operation, especially with knobby tires.

The machine keeps bikes stable via its dual rollers, while a one horsepower motor drives them, in turn registering the amount of drag from the brakes. A flashing light then alerts the mechanic when the bedding process is complete, so the final adjustments can be made.

The Disco-O-Matic will sell for about $3,500, with availability starting in November. Moreover, the machine can be easily serviced in the field thanks to the fact that it doesn’t rely on proprietary components or parts, and the entire machine can be serviced with a tri-allen wrench.

Also, Mikolayunas has filed provisional patent paperwork on some features of his product, including its brake pressure gauge and its ability to adjust for different wheel sizes.